Not the greatest quality on the video — but here’s the game winner from Amanda West, who scores her fourth goal of the season, and second game winner in as many games.

Here's a look at @Pitt_WSOC's golden goal from freshman Amanda West. It's her 4th goal, and second game winner in as many games. pic.twitter.com/6lvm4G07Ky

Freshman Amanda West nets the golden goal to give the Panthers the 1-0 win in double OT! Rico with the assist on the game-winner! Pitt 1, Bucknell 0 (2OT)

3:14 – Wow — great chance for Pitt in the box late in 1st OT. Arnadottir and Rico get stopped from in close in the 99th minute to send us to a second OT.

2:58 p.m. | end of regulation | We are headed to overtime. Panthers own the 24-9 edge in shots but the game is still scoreless.

Halftime | Panthers outshoot Bucknell 12-3 in the opening half but can’t find the back of the net. Pitt 0, Bucknell 0 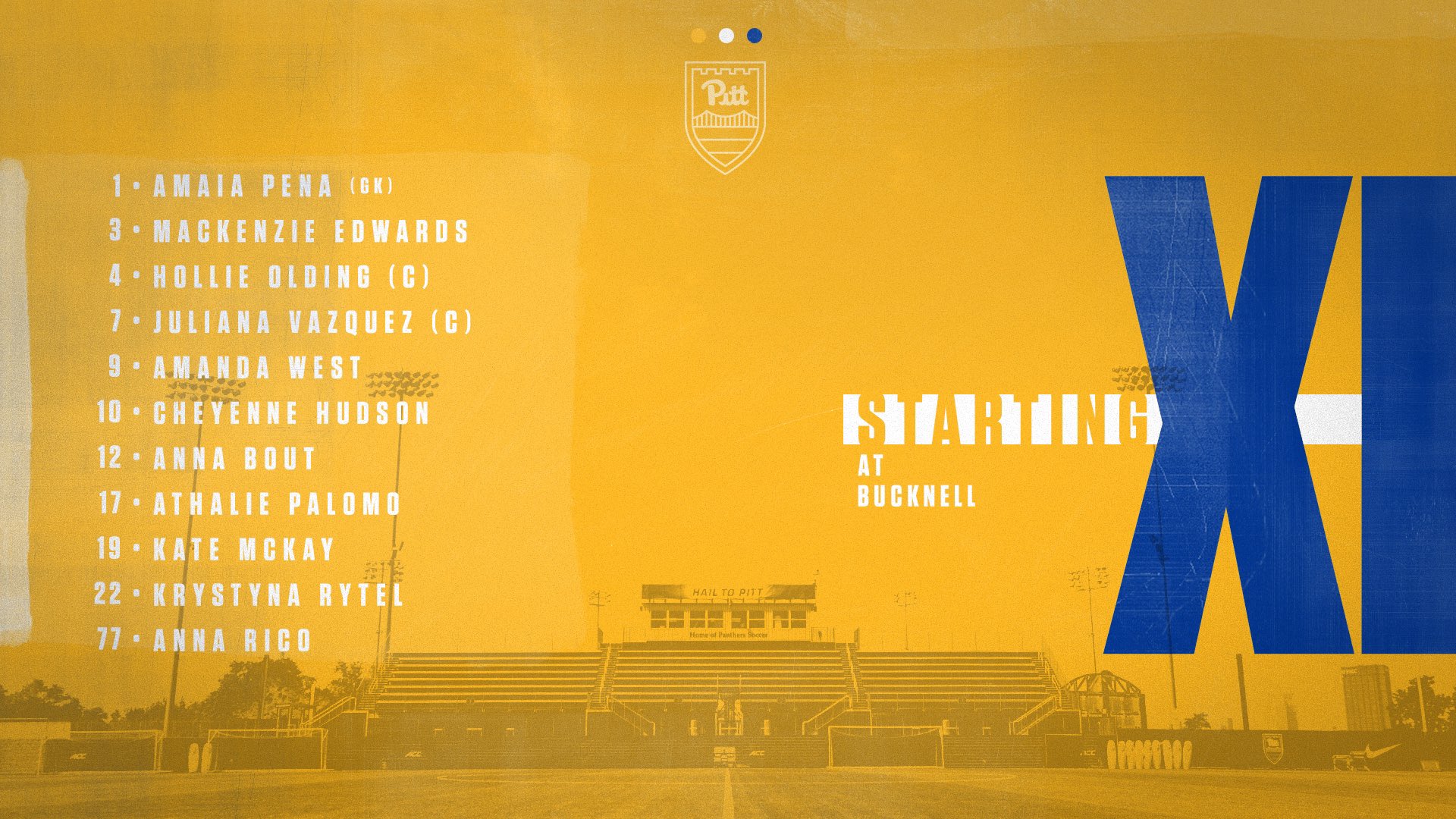 The Panthers hit the road for their first road test of their 2019 campaign on Sunday afternoon as they head to Lewisburg, PA to take on the Bucknell Bison.

Both Pitt and Bucknell opened their campaigns on Friday with victories.

THE SERIES WITH BUCKNELL

WEST GOES OFF IN HER FIRST CAREER COLLEGIATE GAME

Duquense blanked, 2-0, at No. 11 WVU in opener
Women’s College Round-up: Duquesne, RMU each settle for 1-1 draws