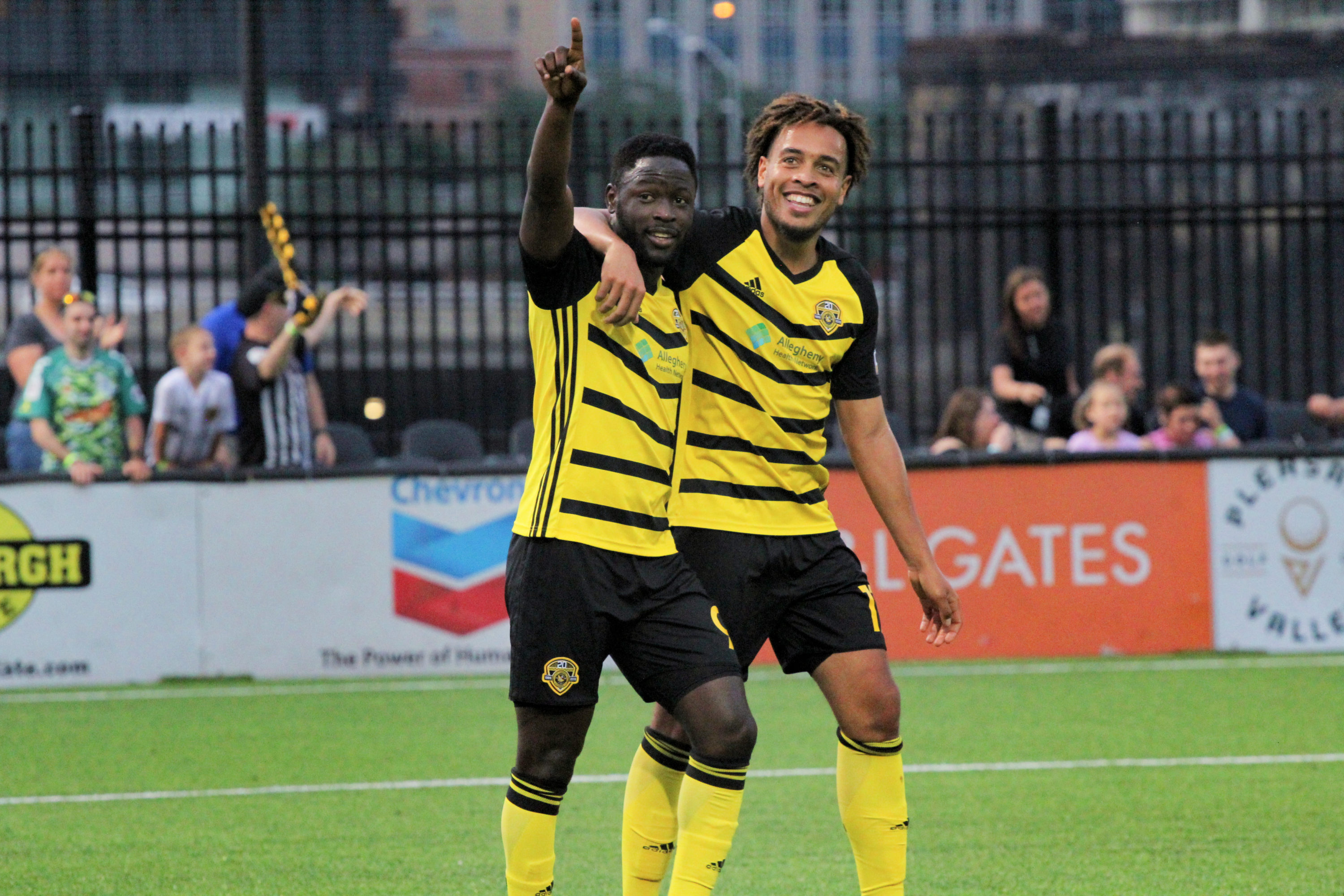 United Soccer League honored standout performers from the 2019 USL Championship regular season on Tuesday with the unveiling of the 2019 Championship All-League Teams.

The Riverhounds SC earned an unprecedented four selections, with defender Joe Greenspan and midfielder Kenardo Forbes being rewarded for their standout contributions that led Pittsburgh to a first-place finish in the Eastern Conference. Both made the All-USL First team. Hounds defender Thomas Vancaeyezeele and forward Neco Brett were also honored with Second Team selections.

The 2019 USL Championship All-League Team was voted on by club management and a league-wide media panel that included representation from every USL market, including Pittsburgh Soccer Now‘s John Krysinsky.

Greenspan was among four players to be named in the All-League First Team for a second consecutive season. Forbes was on the All-USL Second Team last year. 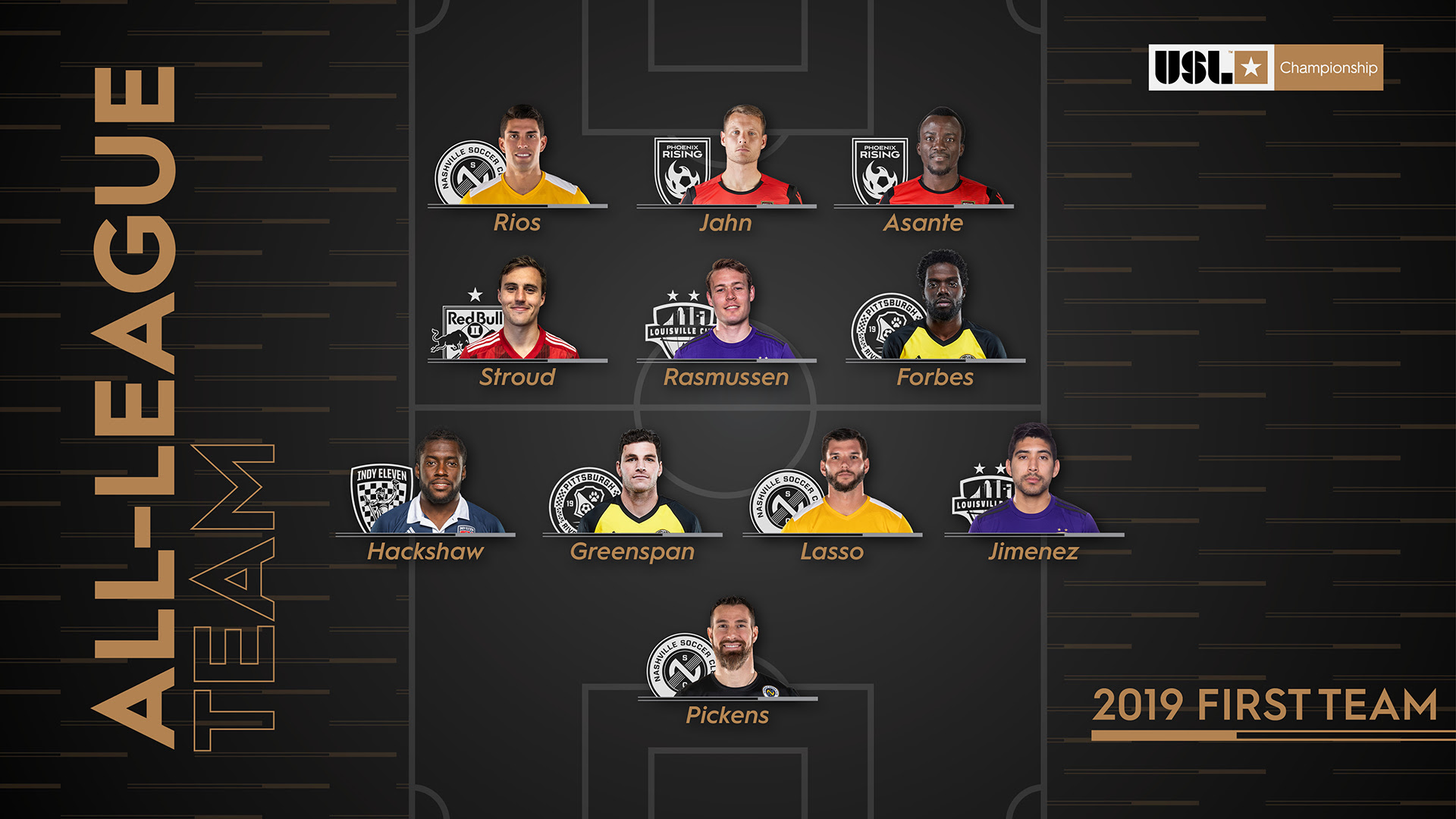 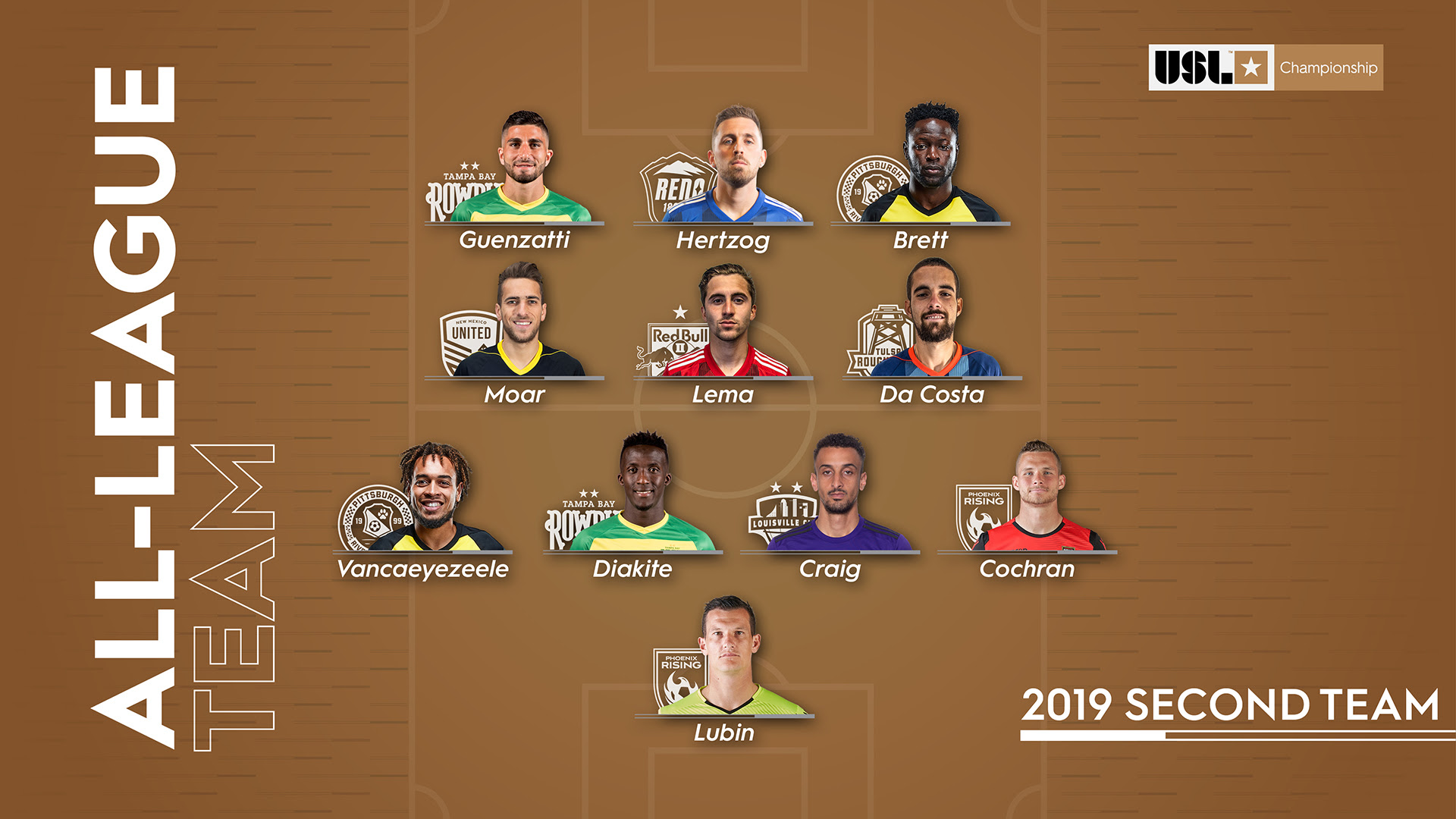 D – Joe Greenspan, Pittsburgh Riverhounds SC: Greenspan led a defensive line that recorded a league-best 17 shutouts as he finished fourth in the league in clearances with 151, made 44 interceptions, won 69.4 percent of duels and 75 percent of aerials while also chipping in four goals and two assists. D – Thomas Vancaeyezeele, Pittsburgh Riverhounds SC: Vancaeyezeele ranked seventh in the Championship with 62 interceptions, made 160 recoveries and won 52 tackles at a success rate of 71.2 percent in a stout Hounds defense. The finalists for the 2019 Championship Awards will be announced on Wednesday, preceding the 2019 USL Championship Final, which will air live on ESPN2 and ESPN Deportes in the United States on Sunday, November 17 at 7:30 p.m. ET as Louisville City FC of the Eastern Conference and Real Monarchs SLC of the Western Conference meet at Lynn Stadium in Louisville, Kentucky.

Another side note, the only other former Riverhounds earning honors, was Corey Hertzog, who landed a spot on the All-USL Second Team. The Reno 1868 forward notched his fourth All-League selection of his career, posting a single-season best 18 goals to move into fourth place all-time on the league’s scoring chart while also notching six assists in Reno’s attack.

View From The Booth: Hounds left to grapple with hard truths
Riverhounds 2020 Kit: What do you want to see?
Loading Comments...