In an announcement on Wednesday that was of little surprise to anyone, United Soccer League officials, with approval from its Board of Governors, extended its 30-day temporary suspension to now last through Sunday, May 10. 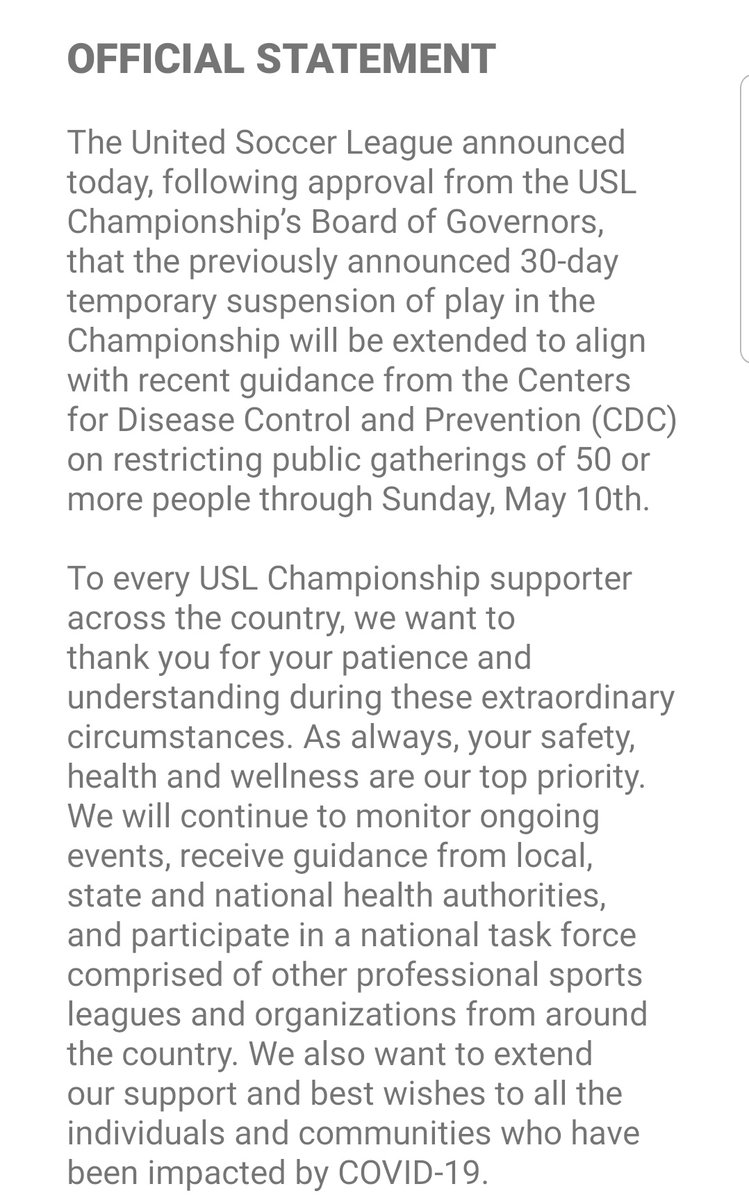 The league intends to reschedule all suspended matches for another date this season.

Tickets to postponed Riverhounds SC home matches will be honored at each game’s respective rescheduled date.

The club continues to monitor government decisions at the federal, state and local levels in regard to the Coronavirus (COVID-19). In addition, the organization has been in contact with the USL Championship and government officials during this decision-making process and will continue to cooperate with these parties in regard to recommendations moving forward.