Who else but Amanda West wins the game on a penalty kick for the second-straight game!

Panthers officially off to the best start to a season (5-0) in program history!

93′ | PENALTY! Foul in the box will result in Panthers PK.

Kate McKay heads the ball in from a few yards out after receiving a header pass from Anna Rico.

Cross came in from Hannah Knych.

71′ | GOAL – The Citadel 1, Pitt 0 – Bulldogs score the game’s first goal on a shot outside the right side of the box that just went under the crossbar.

At the half, Pitt and The Citadel are scoreless. Pitt’s had four shot attempts but nothing yet to show for it. 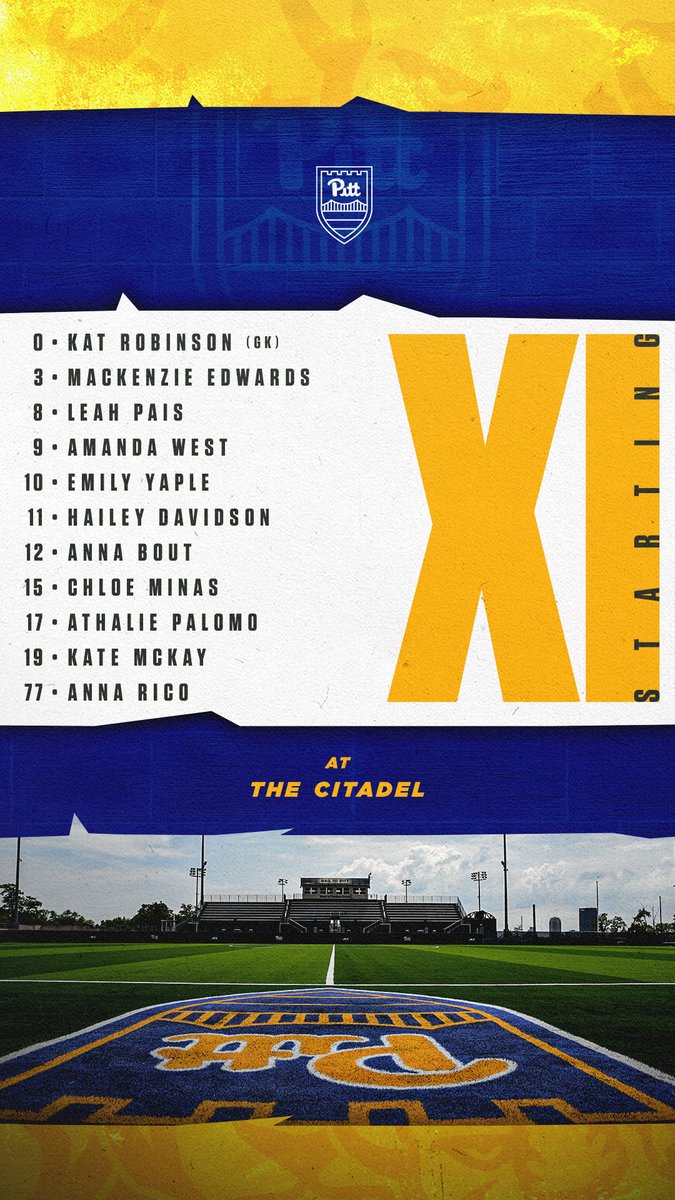 Teaching the young team how to be road warriors! 7 of our first 8 games on the road this year. https://t.co/dWAq5TDJ5T

The first set of @UnitedCoaches rankings are here!

TIED FOR THE BEST START IN PROGRAM HISTORY