Pitt had hopes to clinch a spot in the ACC Tournament for the first-time in program history but came up short after a 1-0 loss at Wake Forest on Sunday afternoon.

After a hard-fought, scoreless first half, the match turned quickly in the 65th minute.  Pitt’s scoring whiz Amanda West nearly gave the Panthers the go-ahead goal when she placed a shot off the right post.

Wake Forest quickly countered, then Sofia Rossi took matters into her own, slicing and dicing through the Panthers and into the right side of the box.

Pitt will not qualify for the ACC tournament, as they needed a win, regardless of what happens now in the Virginia Tech-Boston College match.

After Amanda West’s shot bounces off the right post, the Demon Deacons race down the field & score the game’s first goal on a terrific individual effort by Sofia Rossi.
60 | The match getting really stretched — Wake Forest getting more shots during the back-and-forth play.

48′ | Chantelle Parker has the first shot of the second half, which is stopped by the Demon Deacons’ GK.

Here are some halftime stats:

Also at he half…  Virginia Tech 0, Boston College 0

HALF | Remain scoreless!  Pitt pushed a few times for the equalizer but didn’t get anything.

In dying second of first half, nice cross from end line from Amanda West, but Wake Forest physical challenge in the box denies the redirect.

28′ | Off a cross from Chantelle Parker, Emily Yaple  shot is saved by the Demon Deacons’ GK next to the right post. 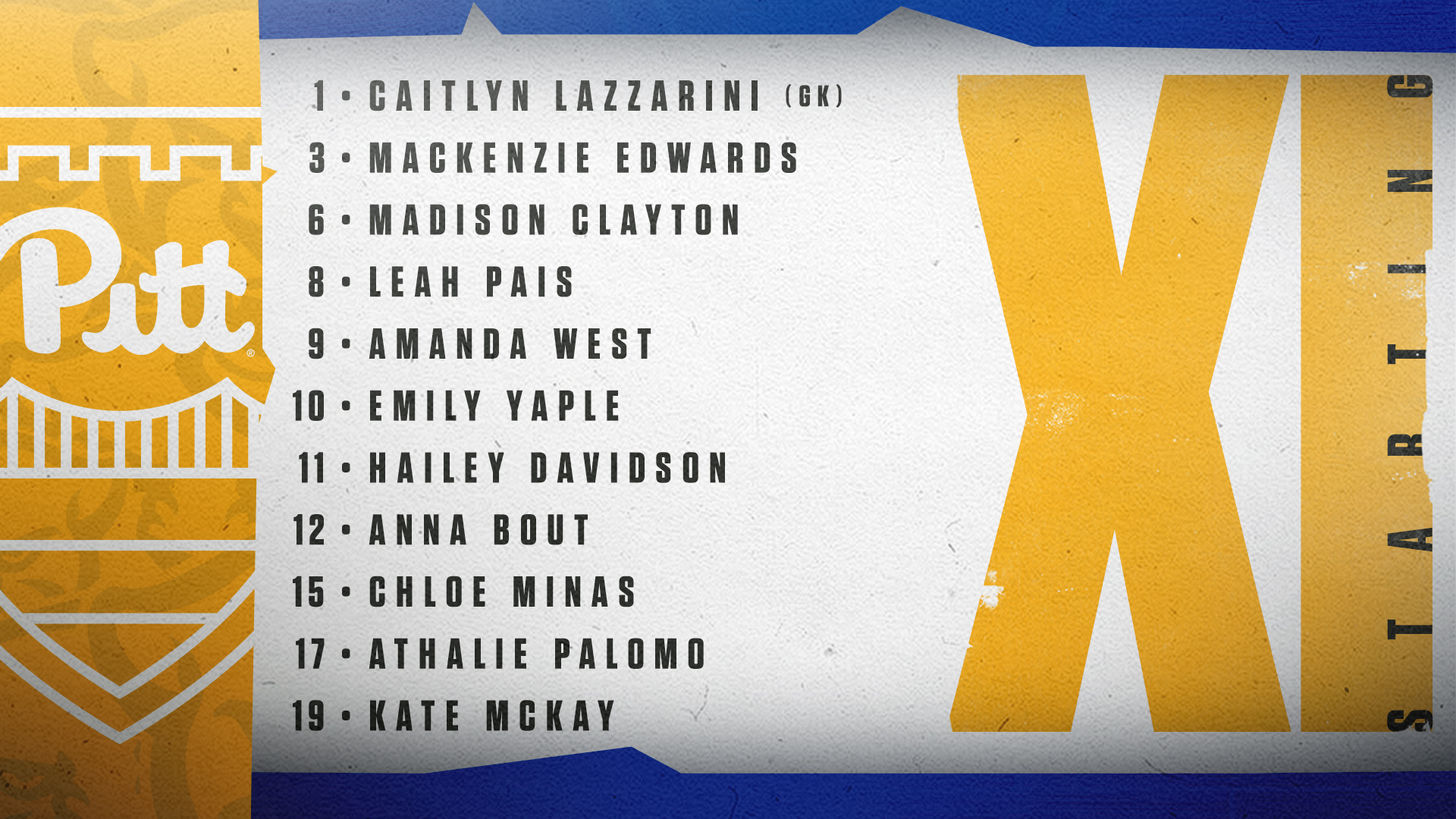 Look for the line-ups and game updates to be posted here.

ACC TOURNAMENT SPOT ON THE LINE

Here’s a look at the current ACC Women’s Soccer Standings: o   A Pitt tie and a Virginia Tech loss at Boston College.

We're wishing the best of luck to the Eagles. Get out there and get the W today!#H2P https://t.co/Mv69G7gDil

LAST TIME OUT: NO. 3 CLEMSON