The All-State and United Soccer Coaches (USC) Region All-America teams were revealed for high school boys and girls soccer for the Fall 2020 season.

In addition, Mars’ Ellie Coffield was honored with the PA Soccer Coaches Association (PSCA) Girls Player of the Year Award.

Numerous Pennsylvania and WPIAL players were included on these lists. 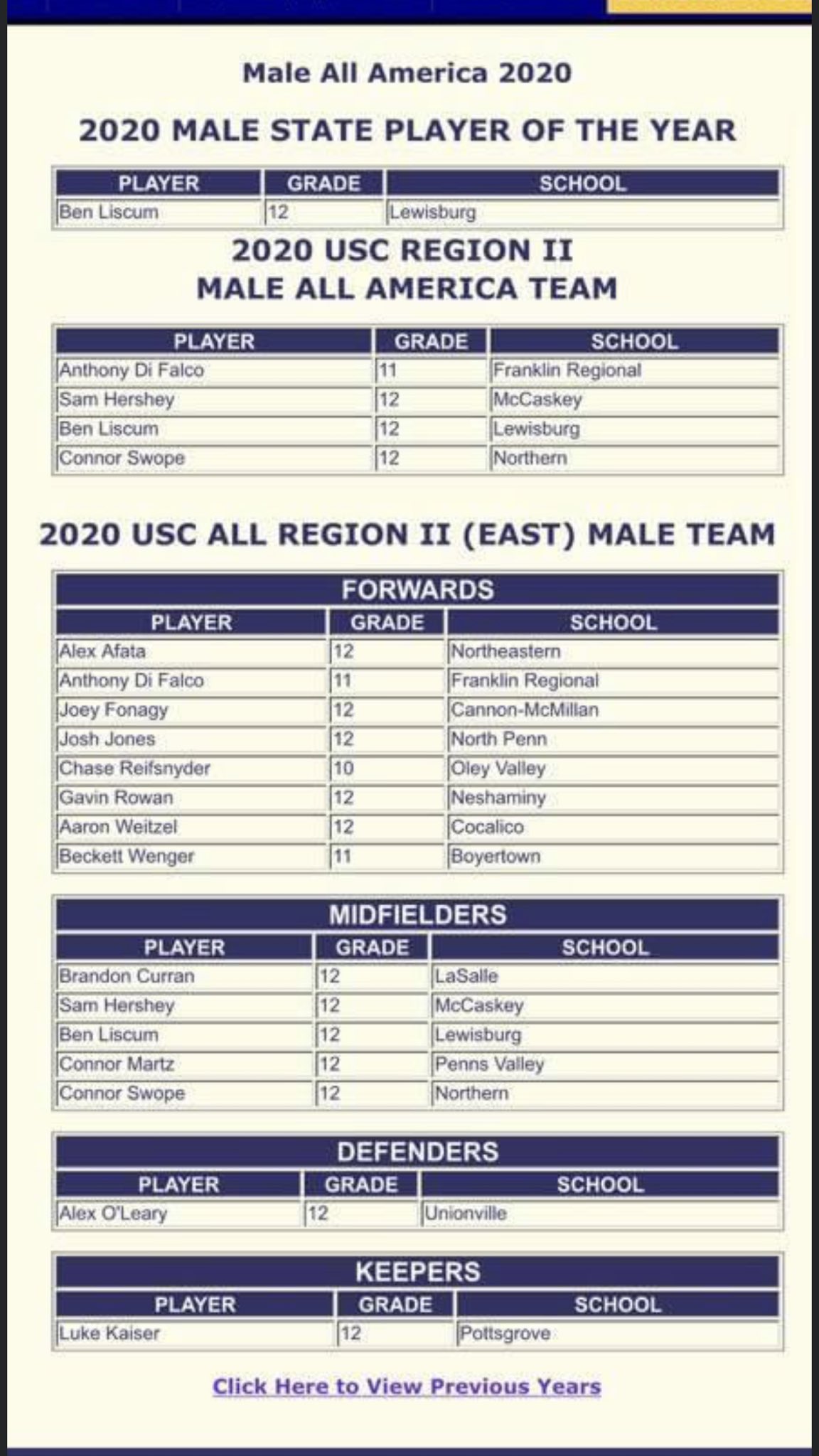 In addition to Coffield earning 2020 Female State Player of the Year award, she’s also joined on the USC Region II All-America Team by her future teammate at the University of Pittsburgh and North Allegheny’s Sara Schupansky. In addition, here’s a list of all WPIAL Players names to All-State teams.