Worth the Wait: Luchini begins new season at Lehigh with hat trick 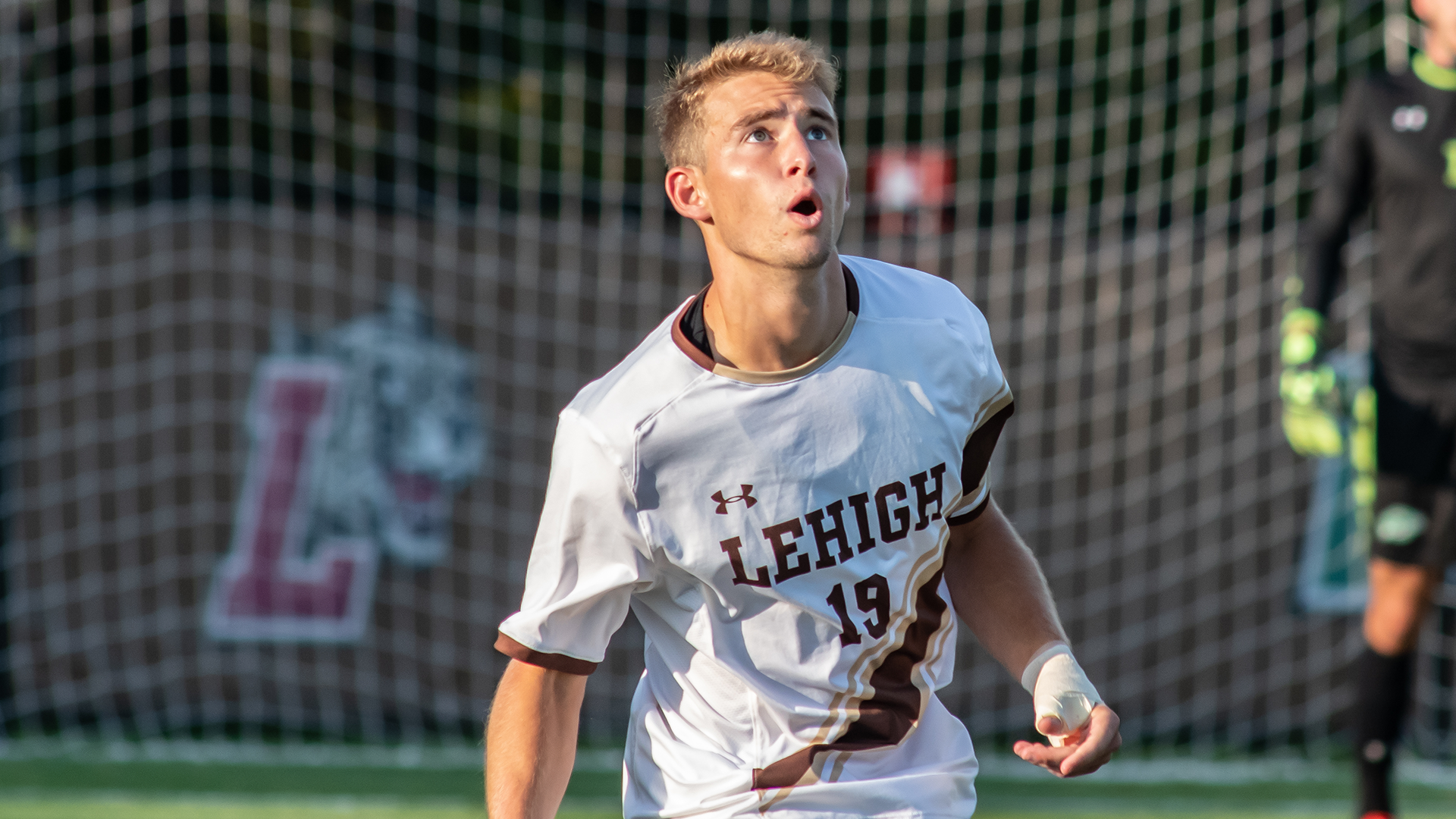 The All-American Luchini, a 2018 North Allegheny High School grad, who was making his spring 2021 debut against the Bison, now has 20 career goals and 46 career points over 41 career games played in the brown and white.

The Mountain Hawks’ four goals are the most since scoring four against Boston University on Sept. 28, 2019, a 4-2 victory, which also happens to be Luchini’s first-career hat trick.

“First off, we needed three points to compete in this division and getting our first three points of the season tonight was really important,” said head coach Dean Koski. “Every game is a playoff and we know what Bucknell brings and we know that they’re always going to be a good team. I thought the first half was indicative of that.

“But it was good to open it up in the second half and get some goals. Obviously, Josh Luchini is special in more ways than one, but we did a really good job of providing him the opportunities to get the ball in dangerous spots. It’s good to have him back and we’re not anywhere near 100 percent yet. So being able to get this result with missing some key starters was good for us.”

Looking for their first win of the season, the Mountain Hawks (1-1, 1-1 South) got out to an early 1-0 lead in the in 35th minute after Bucknell fouled Lehigh in the box setting up a penalty kick try. After sophomore forward Jack Sarkos hammered in his first career goal to put Lehigh ahead, 1-0, Luchini came off the bench at the start of the second half — and proceeded to pick up three goals.

🧢 Hats off to Josh Luchini! He potted a hat trick for @LehighMSoccer, and that last one was stellar!@PatriotLeague | @NCAASoccer | @ESPN pic.twitter.com/PRMolP7qvr

He made quick work of his appearance, scoring on a breakaway in the 48th minute to put the Mountain Hawks on top, 2-0.  Luchini found the back of the net again, a pass from Bratislav Petkovic  and brother of Pitt’s Veljko Petkovic, which Luchini finished for the brace, extending Lehigh’s lead to 3-1.

In the 79th, Michael Tahiru put a through ball up top for Luchini to grab it, flicking it in off the cross bar and in for his third goal of the game, putting the game out of reach at 4-1 as the Mountain Hawks pulled away for the three-goal victory.

Luchini scored on all three of his shot attempts.

Lehigh will next take on Loyola Maryland on the road Saturday at 1 p.m.