The Pittsburgh Riverhounds SC surrendered an early goal, then never recovered, as the Charleston Battery charged forward with three first half goals to cruise to a 3-0 victory at Patriots Point Stadium in Charleston on Saturday night.

Auggie Williams had the opening strike in the 2nd minute, after a Pittsburgh giveaway, then Andrew Booth and Romario Piggot added to the home side’s goal scoring flurry in the first half.

The Hounds (7-4-3, 25 points) had one off target shot in the first half, and finished with 12 total shots with just one one frame.

Things were bad from the start for the Hounds, as Kenardo Forbes was forced into a turnover into his own half in the second minute. The ball went straight to the feet of Williams, and Charleston’s leading scorer had time to turn, shoot and score from 20 yards away. It was the quickest goal allowed by the Hounds since giving up an opening-minute goal on June 6, 2021 to Austin’s Collin Fernandez.

The Hounds didn’t threaten the Battery goal apart from a Dane Kelly counter-attacking shot that went over the bar, and in the 38th minute, the lead was doubled when Booth headed in a corner kick at the near post.

Things got worse in first-half stoppage time, as a low pass slipped under the legs of defender Arturo Ordóñez and allowed Piggott to get behind the defense to make the lead 3-0.

Angelo Kelly picked out Forbes with a good pass to the left wing, and the Hounds’ captain beat his defender in the box, only to have his shot kicked away by Battery goalkeeper Hugo Fauroux in the 60th minute.

The Hounds continued to press forward for a goal, and Ordóñez came closest twice from corner kicks — once heading the ball down and watching it bounce over the bar, and shortly after hitting the crossbar.

In the end, the Hounds could not find the net and suffered their most lopsided defeat since the 2021 season opener, a 3-0 loss at Tampa Bay.

Look for a more detail recap to follow later in the evening.

Embarassing loss for the Hounds tonight in Charleston.  The Battery were charged up and the Hounds couldn’t match their intensity, then didn’t show any desire to fight back either.

88′ — Only late in the second half, have the Hounds shown some urgency, setting up a number of corner kicks.  But each time, shots and attempts have come up short.

78′ — Toby Sims does his best to run down a ball played to right endline, then delivers one-time cross over to middle of box. Danny Griffin comes charging in but skies his shot over the bar.

68′ — Despite some positive energy from subs, the Hounds still have only registered three total shots and one on frame in this match. 68′ 3-0 Charleston still in command

Auggie Williams  left footed shot from the left side of the box is saved.

60′ – Forbes turns his defender in the box to get a shot away from the left side, but Fauroux makes the kick save in the Charleston goal.

Wholesale changes for Hounds at start of 2nd half…

Romario Piggot with the goal.

It’s really a salt in wound goal for Hounds… Thru ball right between center back Arturo Ordonez’s legs goes right to Piggot’s foot, and it’s a clinical finish. Everything going Charleston’s way.

Andrew Booth with the redirected header at near post.

30′ — Through 30 minutes, Hounds still traling Charleston, 1-0. Unable to really create opportunities. They look lethargic. No shots on frame and being outpossessed. Coincidence or not, but key playmaker, Alex Dixon, not in starting XI or the 18 tonight.

15′ – Nice work by Cicerone to set up free kick from left edge.

Forbes with Curling service just squeezes between the Hounds players and Fauroux, the Charleston goalkeeper, but no one gets a touch.

Augie Williams with room to shoot from the top of the box and buries it!

Ball poked away from Forbes in possession, and it falls right to Augustine Williams who has room to turn & shoot. 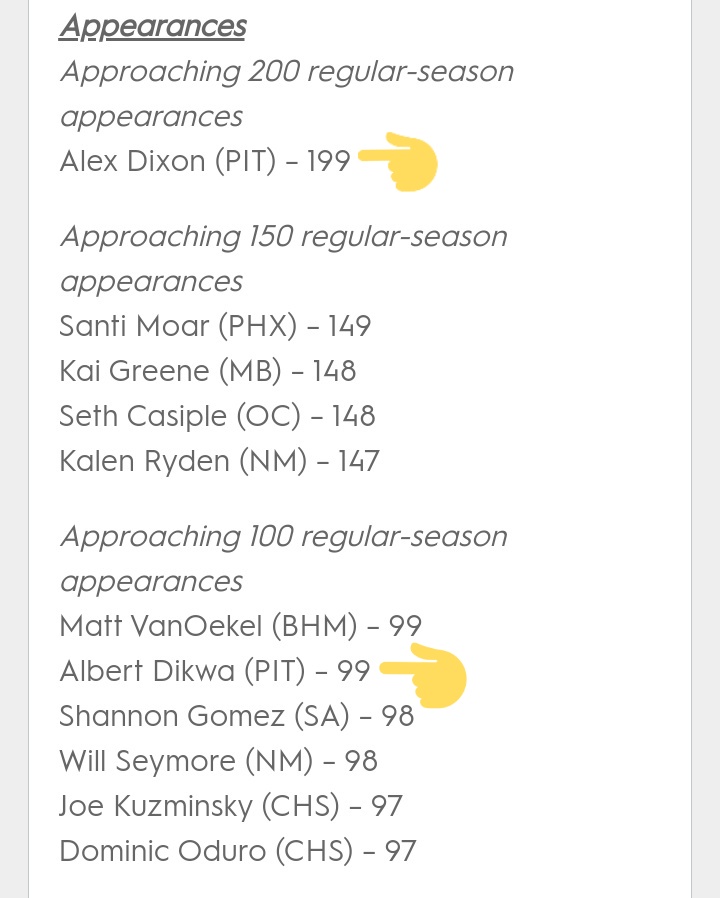 GAMEDAY!
The beloved are in the Palmetto State for the first leg of the 2022 Old Guard Shield with the Battery.

Charleston is bad and the Hounds need to make them feel bad.

It's #Pride Night at Patriots Point as we face @RiverhoundsSC today!