A few members of the Pittsburgh Soccer Now team (John Krysinsky, Jordan Smith, Matt Popchock and Mark Goodman) got together and had some fun to talk about their thoughts on the upcoming World Cup being played in Qatar (still hard to believe!) in November and December (even more hard to believe!!!), with a lot of interesting stories and plotlines developing. 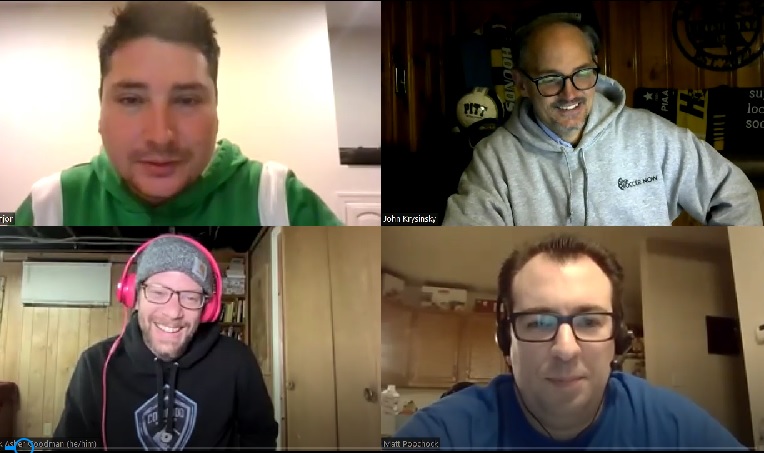 Among the banter and fun the group had in this pre-World Cup pod included:

Mark shared his picks, but find out who everyone else ended up with from the field of 32…

In my @pghsoccernow World Cup draft, (rules are, you can take only one team from each group) I pulled:
– Argentina
– Japan
– England
– Canada
– Ecuador
– Switzerland
– Portugal (I accidently wrote 'Portland' a min ago lol)
– Switzerland#WorldCup2022