Winner advances to take on the winner of Australia-Argentina

Follow along here with the Pittsburgh Soccer Now team, as we’ll add our commentary on the USA-Netherlands match today.  You can also join in by including your comments by tagging @pghsoccernow on Twitter.

That's it for the @USMNT

Stick a fork in their #WorldCup2022 experience.

Rough moments in 3-1 loss to the Dutch. Biggest disappointment came in defensive lapses.

Still, the showed lots of fight and were so close but couldn't execute in their chances.

Another look at the third goal for the Dutch 🇳🇱 pic.twitter.com/JRYLMhYW1E

The marking has been terrible the entire match!

USMNT persistence pays off with a wickedly wild wacky finish for the Haji Wright goal.

Just get the ball in the box — and now there's plenty of time to get the equalizer! #USAvNED

Haji Wright with a wild redirect…

HUGE double save from Arsenal's Matt Turner to keep the #USMNT in the match!#FIFAWorldCup pic.twitter.com/uX4EXgUbZ8

If you would have told me before the match USMNT would be outshooting the Dutch 8-5 (4-2 on target), early in the 2nd half I would have taken it.

But man, soccer can be a cruel game. #USAvNED

Another HUGE chance for the @USMNT! 😱 pic.twitter.com/H5fn3WyAwB

Dest just took the worst shot attempt in the history of the World Cup.

Sometimes he can ball all or nothing. #USAvNED

Now we can see the lineup that all the Americans want.. Weah up front wirh Arronson at 10 Gio and Pulusic on the wing

Late goal at end of 1st half is absolute gut punch for US.

The Netherlands take a 2-0 lead over the USMNT.

Memphis has now overtaken Klaas-Jan Huntelaar on the list of all-time leading goalscorers for Netherlands:

The Netherlands take an early 1-0 lead over the U.S. #FIFAWorldCup
(via @TelemundoSports)pic.twitter.com/kGfrC9KZ3I

Netherlands goal. Who else but Memphis Depay? Plenty of time left for the USA, though.

Oh man, did the USMNT get undressed on that Dutch counter or what? #FIFAWorldCup2022

Point-blank save on Pulisic in the third minute. Wow. 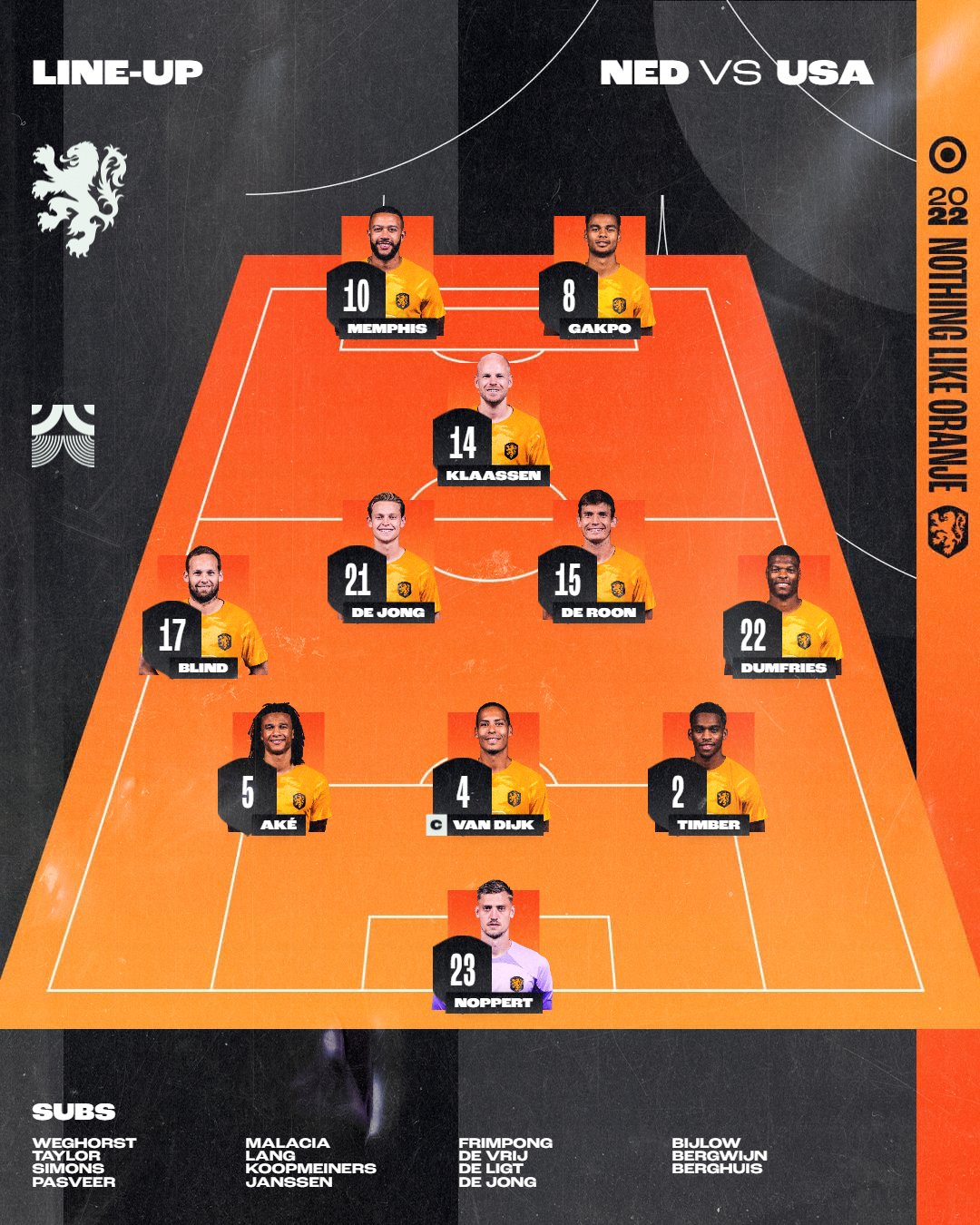 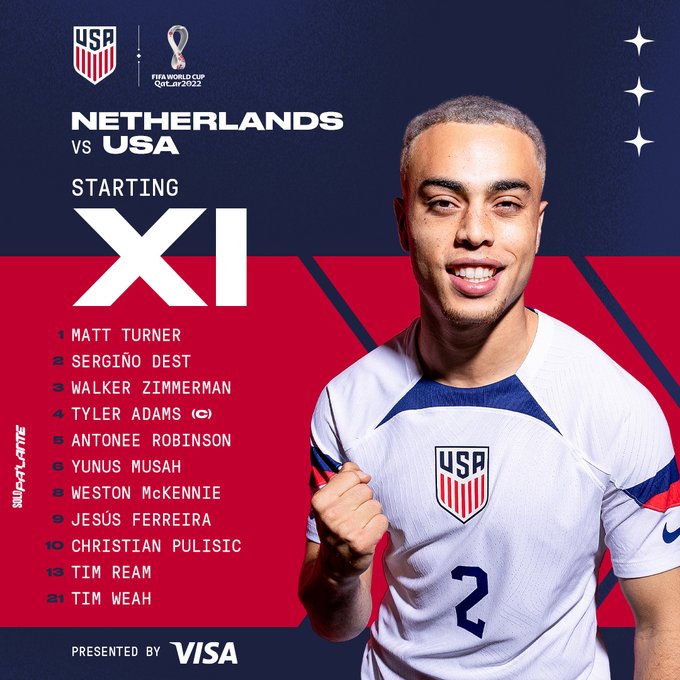 PSN’s John Krysinsky had The Sporting News’ Mike DeCourcy on the latest edition of “Sounding Off on Soccer” podcast on Thursday.

Hot off the press. pic.twitter.com/jvryguaqwe

Sporting Director and former player Earnie Stewart and defender @sergino_dest were born in the Netherlands, and will face their birth nation in the Round of 16 on Saturday.

"I'm hoping I haven't had that (@landondonovan) moment yet, to be honest. I'm hoping it's in front of me."
— @cpulisic_10 pic.twitter.com/igfg974qgm

#USMNT @USMNT’s star forward Tim Weah opens up to @craigmelvin and @SheinelleJones about the team's mindset ahead of their next #FIFAWorldCup game, being the team’s DJ and shares the latest on Christian Pulisic.

“We just want to make America proud,” he said. pic.twitter.com/2PQ3PHrmIl

World Cup group play is over, and five of 32 teams got through it without losing: