Per USL Championship Rules, it will be rescheduled for a later date and replayed in its entirety.

11:54 (EST) – in contact with Riverhounds team officials, and they’re staying that as of now, the game is still in delay.

11:19 – per USL Championship rules, the game is not official unless 70 minutes are played. The delay can’t last more than two hours. The game will be postponed and replayed at a later date/time. The delay started sometime around 9:30 p.m. (EST). 10:45 – DELAY CONTINUES – No updates, but storms remain in Downtown Memphis.

9:36 – ANOTHER DELAY!  Both teams remain in locker room at the half, and tarp is now on the (baseball infield side) of the field at Auto Zone Park.

Lightning spotted in area, the second delay has begun!!

The Volesky goal is the difference right now.  But another concern might be the incoming radar…

9:10 – another nice build-up not too long after the Volesky goal.

Here’s a look at the Volesky goal.

Volesky with header finish.
What a ball in from Dover along right flank!
Hounds take 1-0 lead (on the road, again)
26′

8:35 – the game has kicked off, almost a half hour after scheduled start time.

8:05 – The match has not started because there’s a lightning delay in Memphis.

Looks like Robbie Mertz earned his first USL Championship start his career. Also, after impressive showing in Open Cup start on Tuesday, Austin Pack gets the nod in goal. 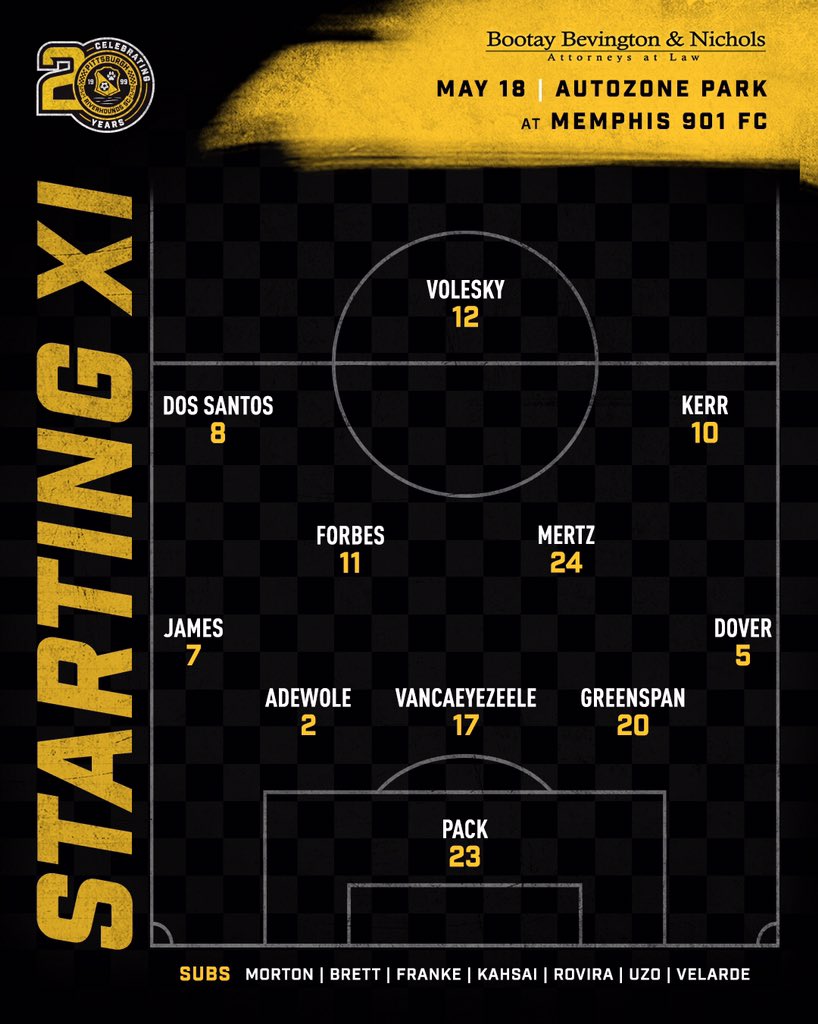 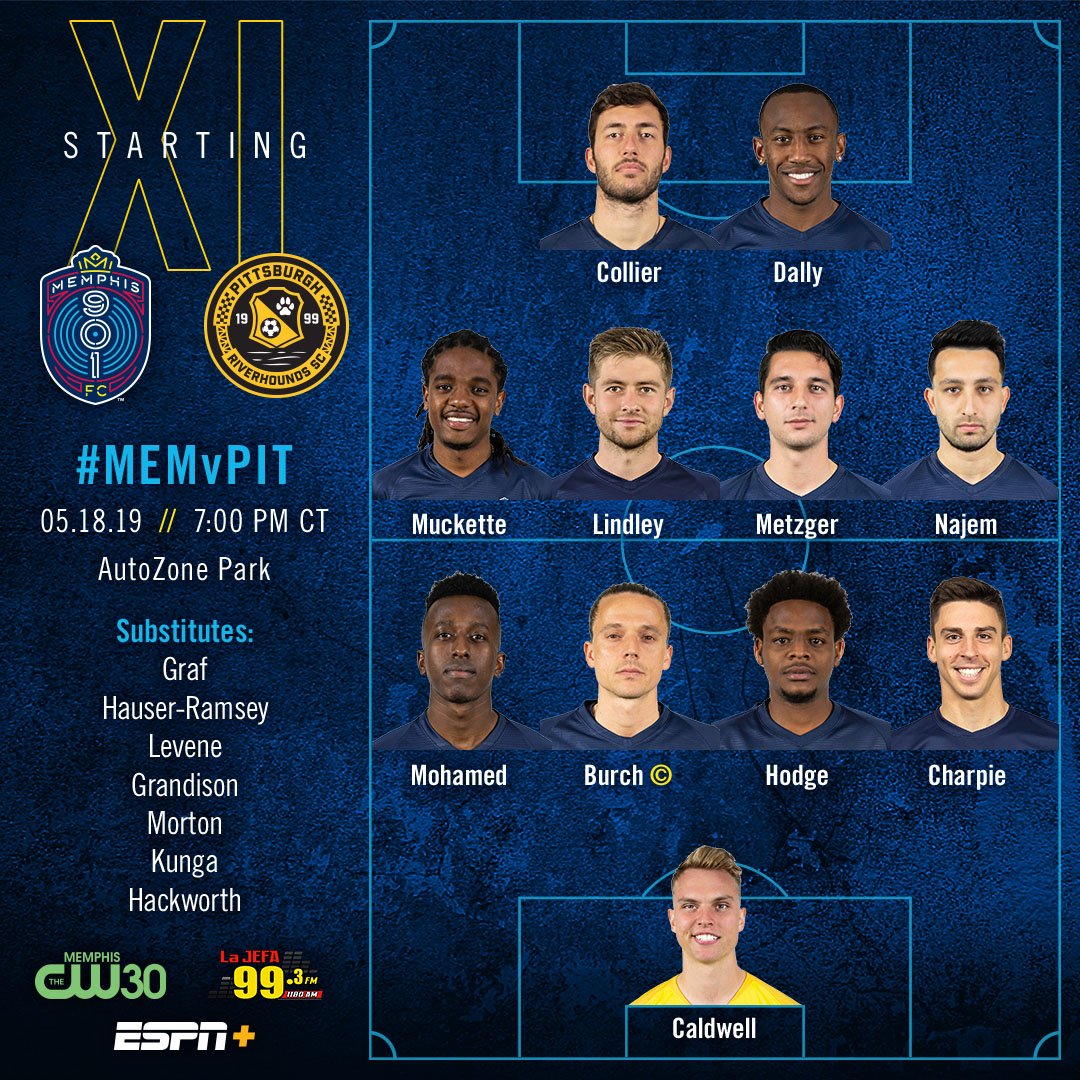 Want to know more about expansions Memphis 901 FC?  Look no further than our own Mark Goodman who provides a terrific, in-detail scouting report and game preview. This is the ideal primer to read prior to the match.

This will be the first-ever meeting between the two sides.

Since the start of the 2018 campaign, Pittsburgh is unbeaten (2-0-3) in its first-ever matches against league opposition. This unbeaten mark is in addition to the team’s current seven-game unbeaten streak (2-0-5) in league play.

Memphis is still searching for its first victory at home, as the club owns a 0-3-2 record in its confines. However, the squad heads into Saturday’s match most recently defeating Hartford Athletic in USL Championship action and riding a three game unbeaten streak in all competitions (3-1 win in its Lamar Hunt U.S. Open Cup debut against New York Red Bulls U-23).

View From The Booth: Enlisting in the Steel Army

Your reaction if you missed the first @memphis901fc home win Wednesday @autozonepark vs your reaction when you realize there’s another home game tomorrow night #westcoastgk @westcoastgk pic.twitter.com/jGAviAm7Ji

The boys are in Memphis tonight, so head on out to @fullpintbrewing to watch the match with the Army. We're taking over the brewery and cheering on the Hounds as they collect three points in Tennessee!

Kickoff is at 8pm. Be there.#UNLEASH