Riverhounds SC have racked up numerous honors along the way to their best first half in the history of the franchise. 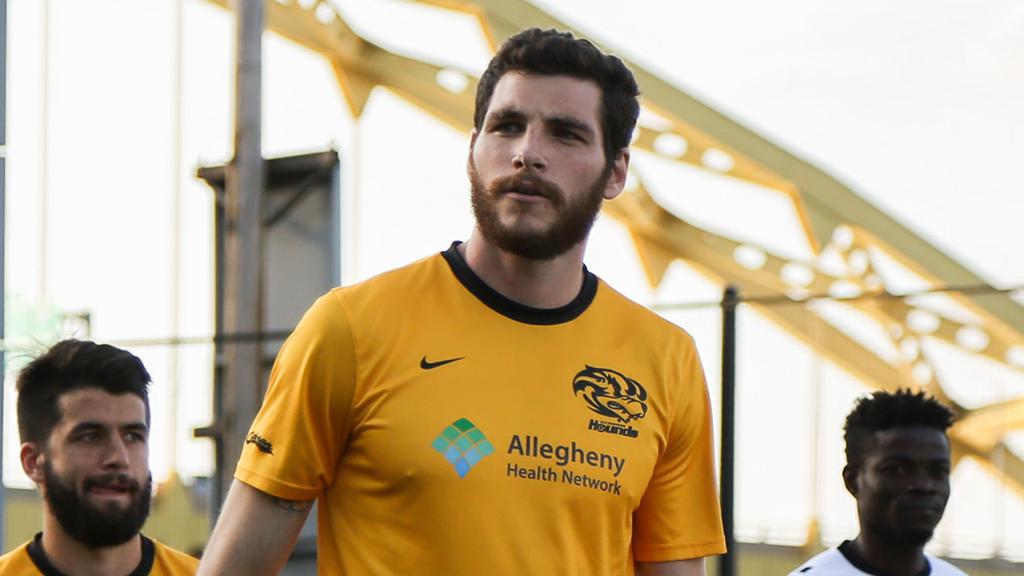 Now halfway through 2018 season, Riverhounds SC have enjoyed its most success at this point then they’ve ever seen in their history — building an impressive record (9-1-7) — and they’re racking up numerous honors along the way.

The latest honor has come to defender Joe Greenspan  – who has been named to USL Team of the Week after playing a pivotal role in two clean sheet efforts over North Carolina FC and Ottawa Fury FC in the past week. Greenspan was a force in both matches, leading the club with a combined 15 clearances, as well as winning 19-of-25 duels and recording seven interceptions.

His header on goal against Ottawa in the first half also directly resulted in the eventual game-winning tally from fellow center back Hugh Roberts this past Sunday. Greenspan’s shot on goal forced a strong save from the Ottawa goalkeeper, with the ensuing rebound producing the second chance opportunity for Todd Pratzner to find Roberts in the box for the goal.

In his first full season with the Hounds, after spending a spell on loan with the club last year, Greenspan most recently returned from injury on June 16 after a 10-game absence. The Westfield, New Jersey native has wasted no time getting re-acclimated, as the Hounds have reeled off five straight shutouts since his return.

In fact, the club has yet to allow a goal in general when Greenspan has been on the pitch – a gaudy 556 minutes in total.

RELATED: Greenspan’s Docked and Ready for Duty in Pittsburgh (March 2018)

The weekly honor for Greenspan marks the 10th time, and third straight week, a Hound has been named to USL Team of the Week.

The Hounds are currently taking a few days off  — and will resume back with training later in the week.

They’ll return to action on Saturday, July 21 when hosting the Charleston Battery at Highmark Stadium.