Post-match coverage: Look for our Analysis and Player Grades on Sunday.

Quite a finish, and in the end, Riverhounds (now 0-1-1) earn first point of the season with a wild draw that saw three goals scored in the game’s final 10 minutes.

Christian Volesky drew the PK after slipping behind the SPR back line — and got fouled by Mohamed Abualnadi, who was sent off with a very ‘professional’ red card.

This time on counter that picked apart the Hounds. What was Greenspan doing so far out of the box?

Marking in box was bad too.

Greenspan blocks initial shot, but then  missile but Rodney Wallace drills home the rebound before the Hounds defenders can recover.

HALFTIME UPDATE: The Hounds are comfortable in counter attacking mode, where they have edge in corners (6-1), crosses (10-5) and shots (7-3). But, have allowed 3 shots on target (3 saves for Lundgaard), and couldn’t convert on few golden chances (only 1 shot on target).

This will be the first pro start for Ben Lundgaard in goal for Pittsburgh. Also, Neco Brett makes his first start of the season, while Christian Volesky, who started last week, will be in the 18, but starting on the bench for the Hounds. 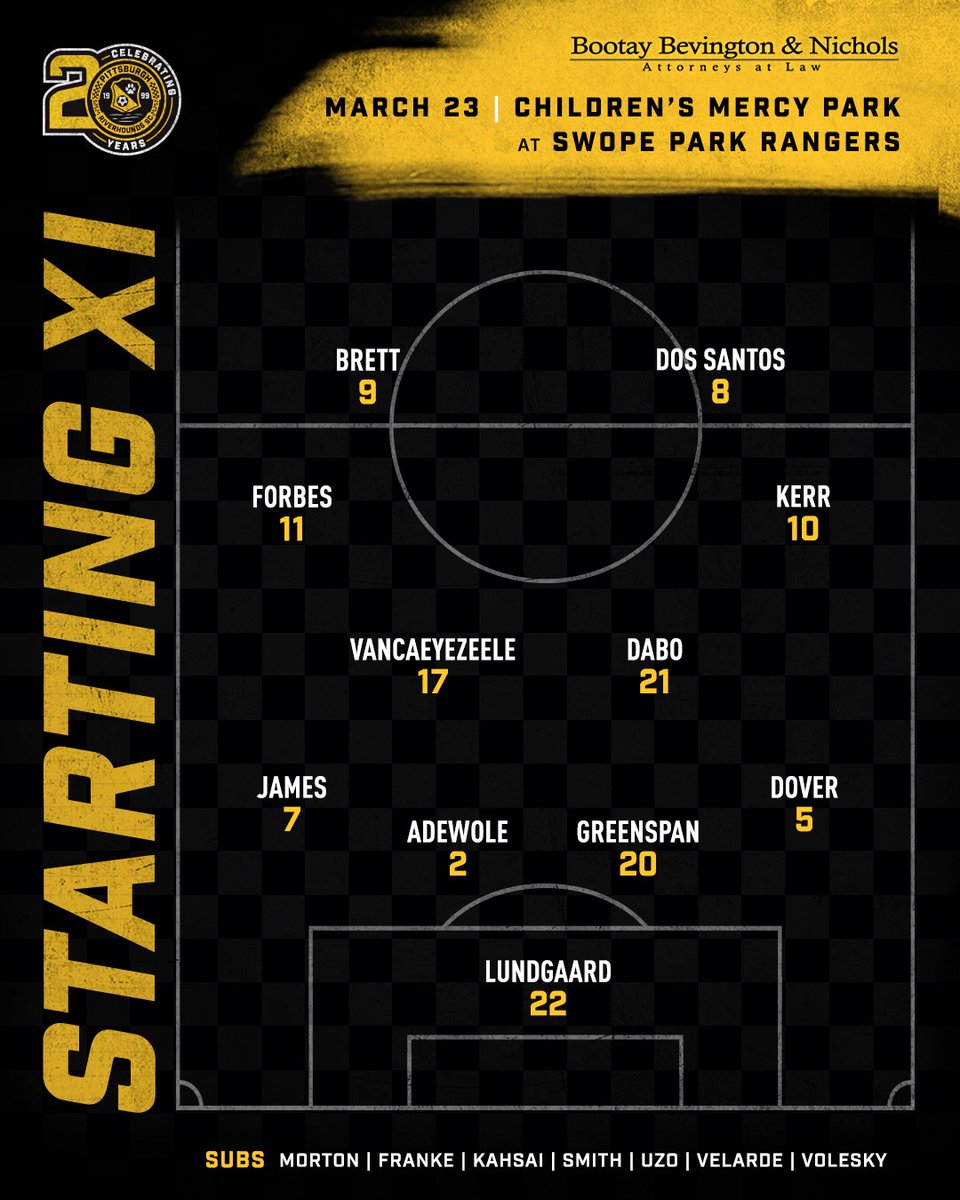