Forbes, Griffin land on USL Team of the Week When USL Championship announced it’s Team of the Week on Tuesday, it was probably a sure bet that the Riverhounds SC veteran midfielder Kenardo Forbes would make it.

In a week when Birmingham Legion FC midfielder Bruno Lapa had been voted the Championship’s Player of the Week, Forbes was right there in the voting for his three-assist performance on Saturday evening in Chester, PA in the Hounds 6-0 drubbing of Philadelphia Union II.

Forbes finished second to Lapa with 18 percent of the vote.

“Kenny is just a special player,” Riverhounds SC Head Coach Bob Lilley said in his Zoom conference call with the media on Monday.

“Around the league he’s held in high regard. Now I see him talking more on the field, vocalizing certain things that need to be done with players around him. It’s a big help, especially when you have a lot of turnover on your roster. He’s able to make those players around him better, because he’s playing well and also giving other players the information to be successful. He’s a good passer and he gets better every year.”

Having 35 career assists at the USL Championship level, Forbes is two assists away from tying Maikel Chang for the league’s all-time record.

The Championship’s Player of the Week is selected by the USL National Media Panel, which is made up of representatives from each media market in the Championship, including Pittsburgh Soccer Now’s John Krysinsky.

Last week, both Jordan Dover and Robbie Mertz earned Team of the Week honors while Ropapa Mensah was named to the bench.

Here’s the full Team of the Week below along with those on the bench including former Hounds Tyler Pasher, and for the second consecutive week: goalkeeper Kyle Morton: 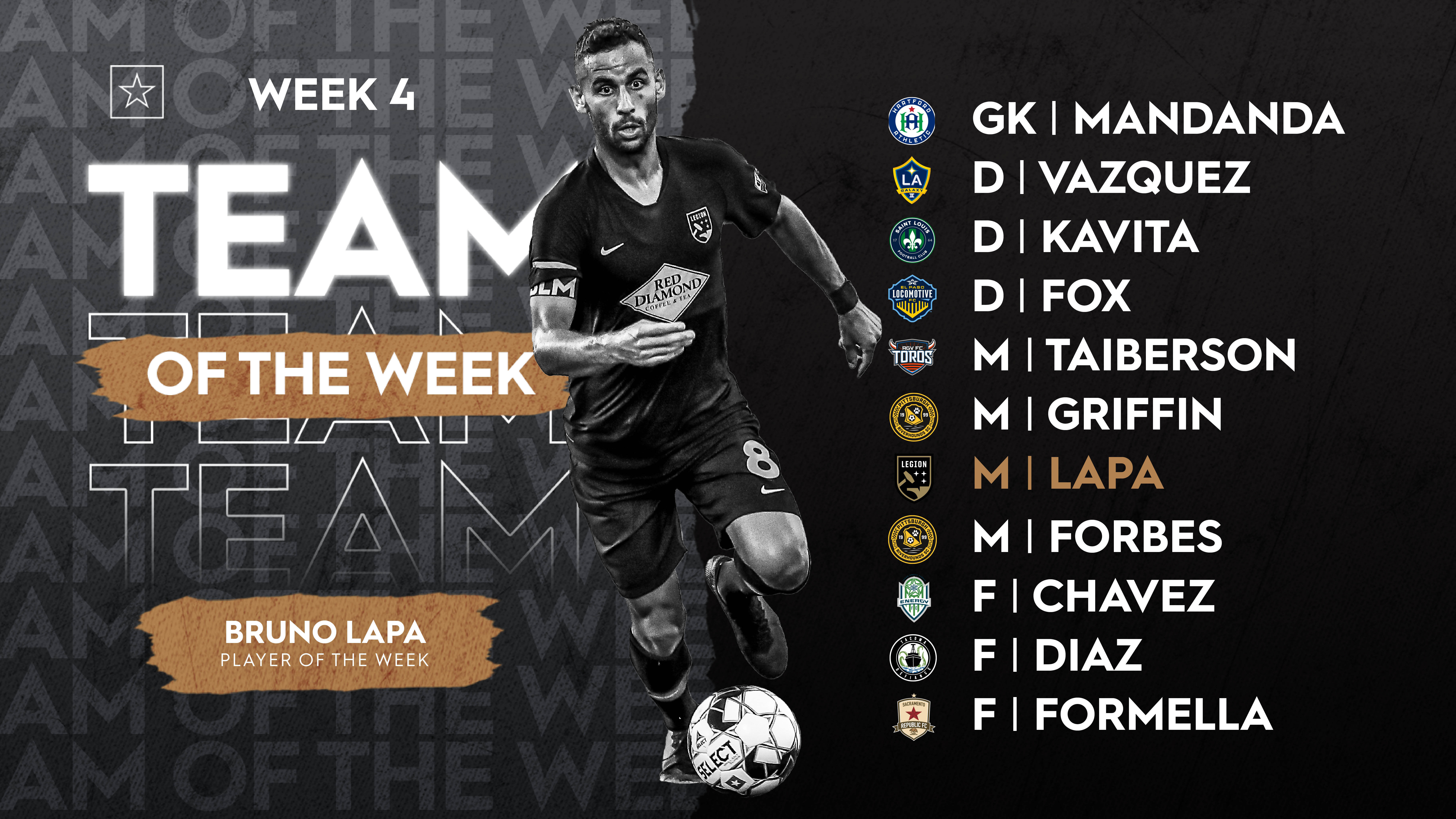 GK – Parfait Mandanda, Hartford Athletic: Mandanda recorded a three-save shutout and provided the assist on the lone goal of the game as Hartford Athletic took victory on the road against the New York Red Bulls II.

D – Phanuel Kavita, Saint Louis FC: Kavita put in a strong display at the back with nine clearances and nine recoveries while winning 7 of 10 duels, and he also completed 32 of 38 passes in STLFC’s shutout win against Louisville City FC.

M – Kenardo Forbes, Pittsburgh Riverhounds SC: Forbes recorded the 18th instance of a three-assist game in the Championship’s history, and completed 66 of 80 passes, won 9 of 14 duels and made 10 recoveries as he led the Hounds against the Philadelphia Union II.

F – Jaime Chavez, OKC Energy FC: Chavez recorded two goals and one assist as Energy FC picked up four points on the week, including a goal and assist on his 33rd birthday in a 3-1 road win against Austin Bold FC.