When the Riverhounds SC announced the signing of veteran defender Alex DeJohn in early February, it appeared they secured a pretty solid player with extensive international and Major League Soccer (MLS) experience.

Fast forward more than a month, to Friday late afternoon, and imagine surprise from the Hounds’ most faithful fans when they saw this signing announcement from Atlanta United of MLS.

Not sure what's going on here…

In February, the Hounds announced they had signed DeJohn.

Have reached out to Riverhounds SC's Bob Lilley to get some clarification. https://t.co/LeO0Wif04D

.@RiverhoundsSC coach Bob Lilley has informed me they'll be releasing a statement shortly on this… https://t.co/Jeu0c7blRN

The Hounds released the following statement on Twitter as it appears that this was an outright release. 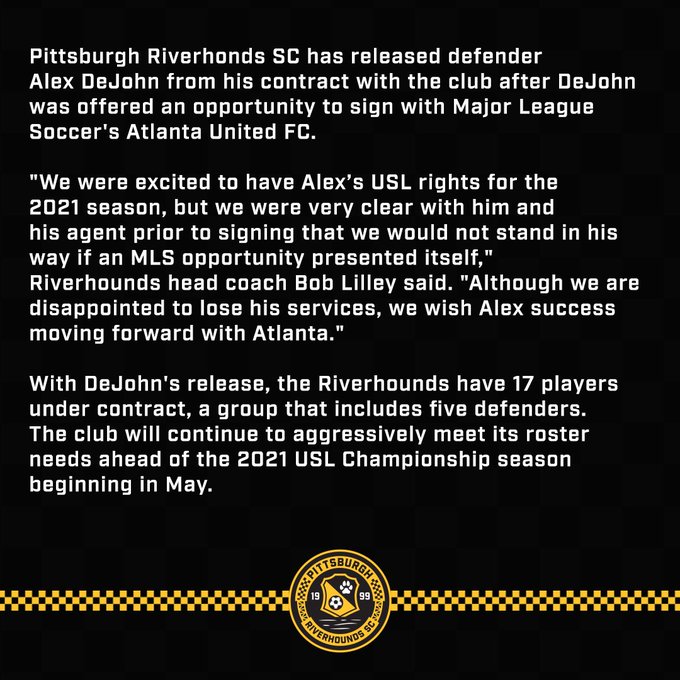 With this announcement, the Hounds roster heading into preseason is now (according to our count) has 16 players after the announcement today of the signing of goalkeeper Jake Leeker along with DeJohn’s release.

The Hounds are expected to begin its preseason in late March.