With the loss, Pittsburgh drops to 2-3-1 overall record for the season.

After the match, Hounds Head Coach Bob Lilley kept his players on the field for more than 20 minutes. 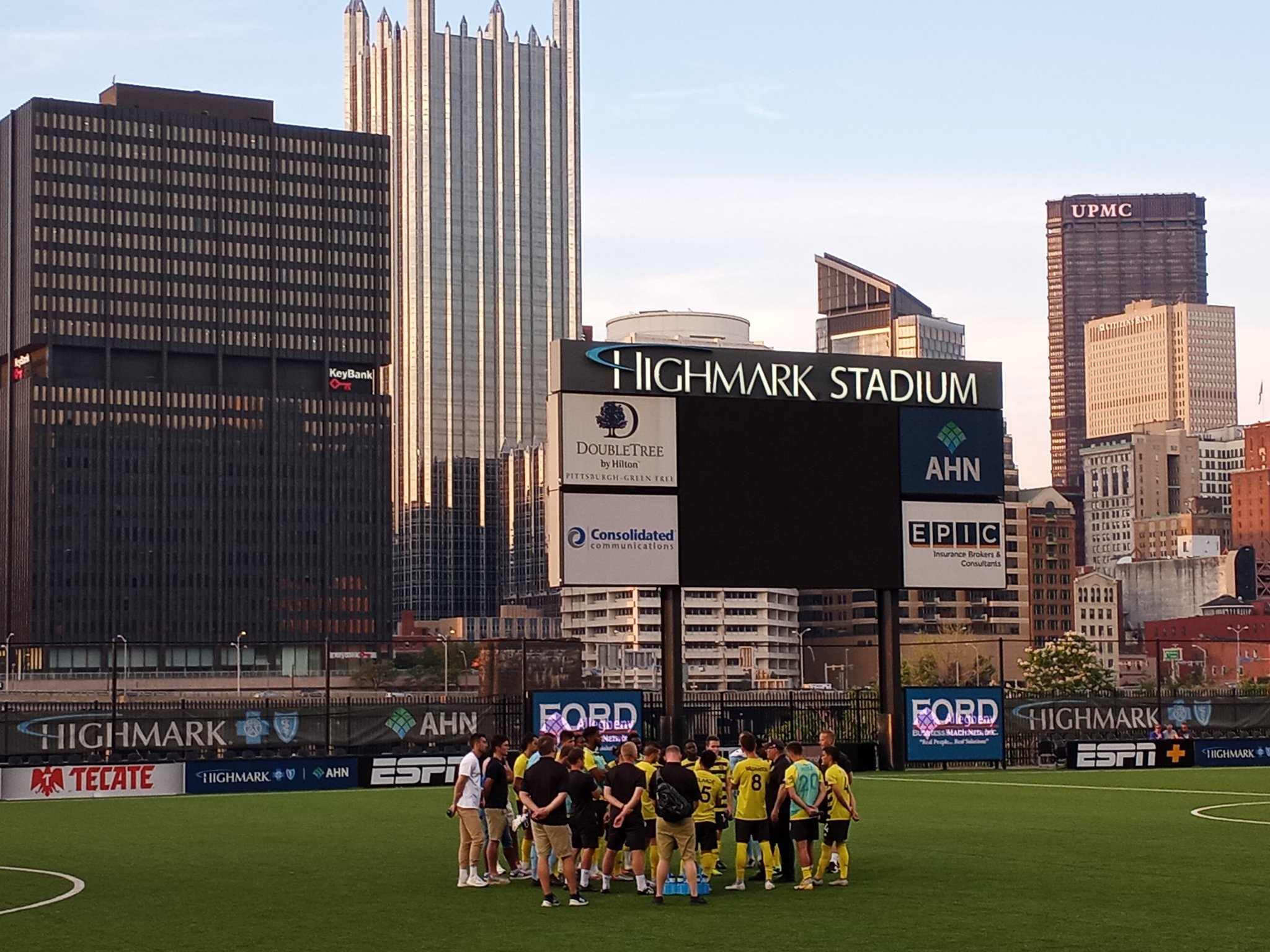 Lilley carried on, providing the media contingent after the match with a bold assessment of his team’s shortcomings.

Despite surrendering an early goal, just 53 seconds into the match, Pittsburgh owned 74 percent of possession, but came up short in being dynamic in the final third (only one shot on goal — coming late in the second half).

“I don’t think we had enough fight. We didn’t play with enough urgency,” Lilley said. “We have to be more tenacious as a group. We’re not winning loose balls. We can’t be playing extra cautious. Until that changes, it will be difficult to get results.”

We have full reaction from Lilley, veterans Kenardo Forbes and Russell Cicerone along with our Pittsburgh Postgame reaction show with John Krysinsky and Jordan Smith on Pittsburgh Sports Live.