Riverhounds SC forward Dane Kelly was named the USL Championship Player of the Week for the opening week of the 2022 season, the league announced this afternoon.

Kelly, making his debut with the Hounds after signing as a free agent in the offseason, had a goal and an assist in the Hounds’ 3-0 win at Memphis 901 FC on Saturday night. The goal was a milestone strike, as it made Kelly the first player to score 100 career goals in the USL Championship.

A former Jamaican international, Kelly was an offensive spark as the Hounds won their season opener for just the second time in the past seven seasons. Additionally, the Hounds were the only road team to win on a 13-game opening weekend slate across the USL Championship.

Takeaways & Player Grades: It’s only one win, but these Hounds have potential to be special

Kelly received 56 percent of the votes from the national media panel that selects the USL Championship Player of the Week, presented by Konami eFootball. He is the first Hounds player to win the honor since Russell Cicerone did so last season after a hat trick Aug. 22 against Atlanta.

Kelly also is part of the USL Team of the Week along with defender Shane Wiedt, who earns the honor of being in the league’s top 11 for the first time to kick off his second season with the Hounds.

Wiedt had a dominant defensive performance for the Hounds, recording 11 interceptions and winning 8 of 10 duels in his side’s 3-0 victory against Memphis 901 FC.

Goalkeeper Chase Vosvick, who made his first pro start Saturday, was named to the Team of the Week’s bench. 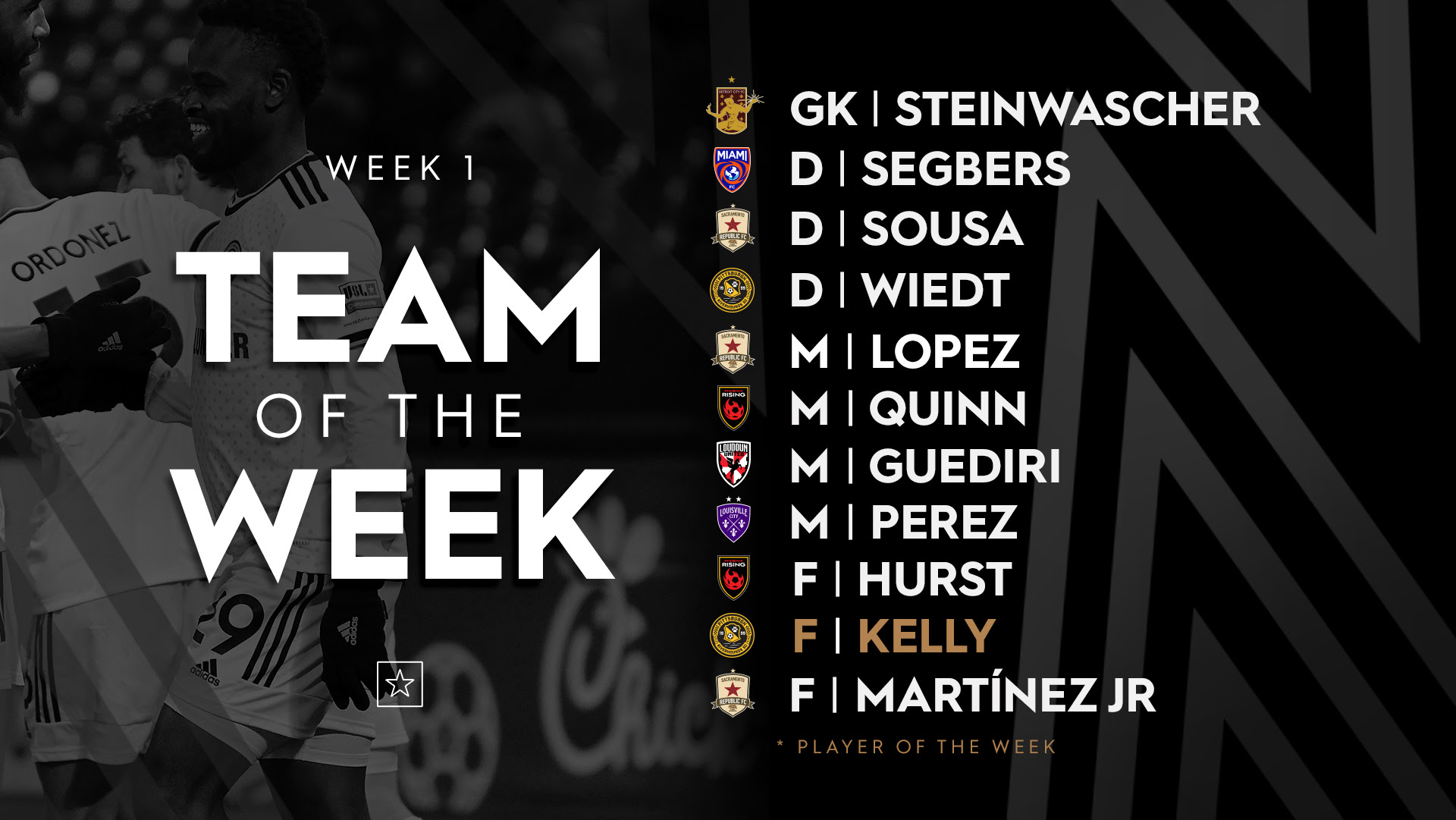 Takeaways & Player Grades: It’s only one win, but these Hounds have potential to be special
Hounds Notebook: Wait, where has time gone? Highmark Stadium to host 10th home opener
Loading Comments...