It’s been a week and a half since the brackets were released, but the WPIAL Boys Class 4A playoffs will finally get underway on Saturday, as they begin an unprecedented eight team sprint that starts with the quarterfinal round.

The big question here is can Seneca Valley pull off the three-peat in the highest classification in the WPIAL, where the competition produces high-level talent and a strong field of competitive teams each year.

In the off season, Peters Township, based on school enrollment, could have opted to move down to Class 3A, but longtime Head Coach Bobby Dyer and his program remained in Class 4A.  The Indians remained as one of the top programs in the classification, winning section 2 regular season title. 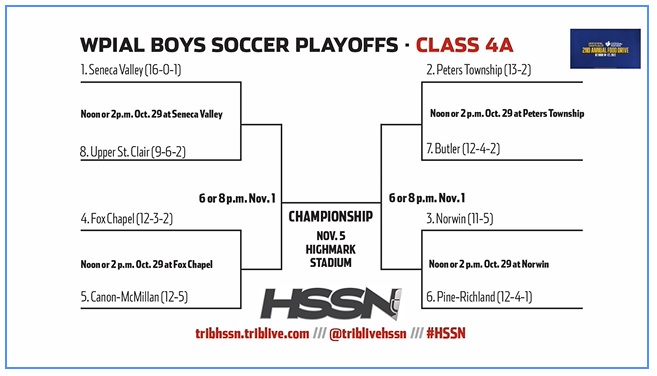