Excerpts and video from this article first appeared on Pittsburgh Sports Now, posted by our colleague, Alan Saunders.

PITTSBURGH — The first official practice of the 2018-19 Pitt athletic season happened Tuesday, when new women’s soccer head coach Randy Waldrum put his Panthers through the paces for the first time since accepting the job in December.

He focused pace and intensity while attempting to integrate 14 new players into the squad.

After practice, Pitt sophomore and Canon-McMillan grad Aideen O’Donoghue spoke highly of Waldrum and the way the team is coming together.

“It’s a wonderful time for Pitt women’s soccer, not only for me and my family, but I just think the change is needed, there’s a history and a culture that we certainly need to change and I am excited about taking a leadership role and helping us get to the goals that we all have,” Waldrum said when introduced in December. “The search committee and the process which was utilized in this whole hiring procedure was so professionally done and, I can tell you I have been in the college game for a long time, and this was the best of any university I have ever been at, so I really appreciated that.” Waldrum brings national championship experience to Pitt, having captured two national titles as the head coach of the Notre Dame women’s soccer program in 2004 and 2010. A two-time national coach of the year (2009 by Soccer America; 2010 by NSCAA), the Texas native will look to catapult the Pitt program into ACC and national prominence.

Pitt will field a relatively new squad in its 2018 campaign, as 14 of the team’s 28 members are new to the Panthers. The team, however, will be aided by the return of standout redshirt seniors Taylor Pryce and Ashley Moreira as well as returning starters Alli Higgs, Cheyenne Hudson, Aideen O’Donoghue, Mikayla Schmidt, and Bel Van Noorden.

The Panthers get competition underway Thursday, Aug. 9 in an exhibition against Fairleigh Dickinson at Ambrose Urbanic Field at 7 p.m. Pitt’s final tune up will take place Aug. 12 at Ohio State at 2 p.m. as the Panthers begin the 2018 campaign against Ohio Aug. 17 in Pittsburgh at 7 p.m.

The crest features elements from the City of Pittsburgh, the city’s iconic bridges and the three rivers surrounding the Steel City.

“I love it,” said first-year head women’s soccer coach Randy Waldrum. “I think that it signifies what we are trying to do, not just as a soccer program, but as a University.”

Designed by Dylan Winters, assistant director of graphic design, the elements create imagery that represents the University and City of Pittsburgh with a simplistic, effective design that suits well to soccer branding.

The crest pays homage to the Cathedral of Learning arch-shape – a shield depicts a strong foundation, honing in on the arch shape only strengthens this idea. 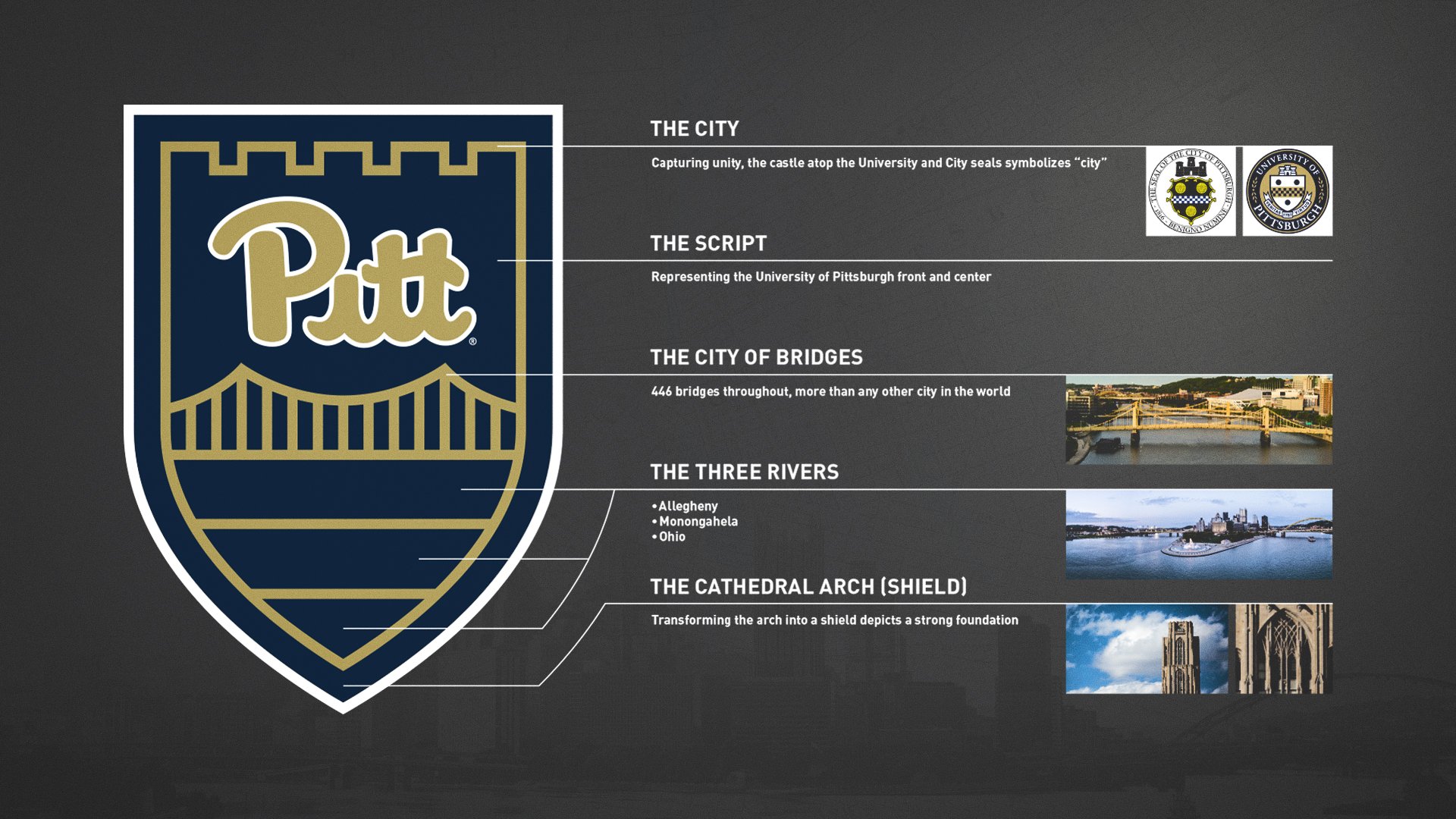 The castle-like design at the top of the crest was inspired by the City of Pittsburgh and University of Pittsburgh seals, as both feature a similar castle. The iconic bridge is based on the Sister Bridges (Clemente, Warhol, Rachel Carson) as there are over 446 bridges throughout the Pittsburgh region, more than any other city in the world. The idea of bridges also ties in with Pitt Athletics Department strategy of the Gold Standard. The bottom portion of the crest features the three rivers (Allegheny, Monongahela, Ohio) that surround the Pittsburgh area.

“I think the crest does a very good job recognizing the University of Pittsburgh, but also recognizing the city and area that we are in,” said third-year head men’s soccer coach Jay Vidovich. “It does a tremendous job of bringing in all of those factors – that soccer is significant, that this is their tradition and we are in a wonderful University and a wonderful city.”

While the crest will not be featured on the 2018 soccer uniforms, it will be seen on other items, as well as digital graphics and print materials.