FINAL |  In a back-and-forth second half, UMass broke the deadlock in the 89th minute with the game-winning goal.

For Pitt, freshman Amanda West nets her sixth goal of the season as she has scored in a program record four straight matches to open her career.

89′ | UMass takes the lead. Another goal for Kossler.

2:37 – 67’ | Anna Rico feeds Sydney Marasco who was in all alone but the UMass keeper makes a great diving stop to preserve the 1-0 lead.

Frisk dishes to Kossler for her second of the season

1:59 -HALF | The two teams head to the locker room still scoreless. Pitt holds the slim 6-5 edge in shots through 45 minutes.

1:35 – 30’ | Pitt GK Katherine Robinson makes her first save of the season on a dangerous header attempt to keep the game scoreless. 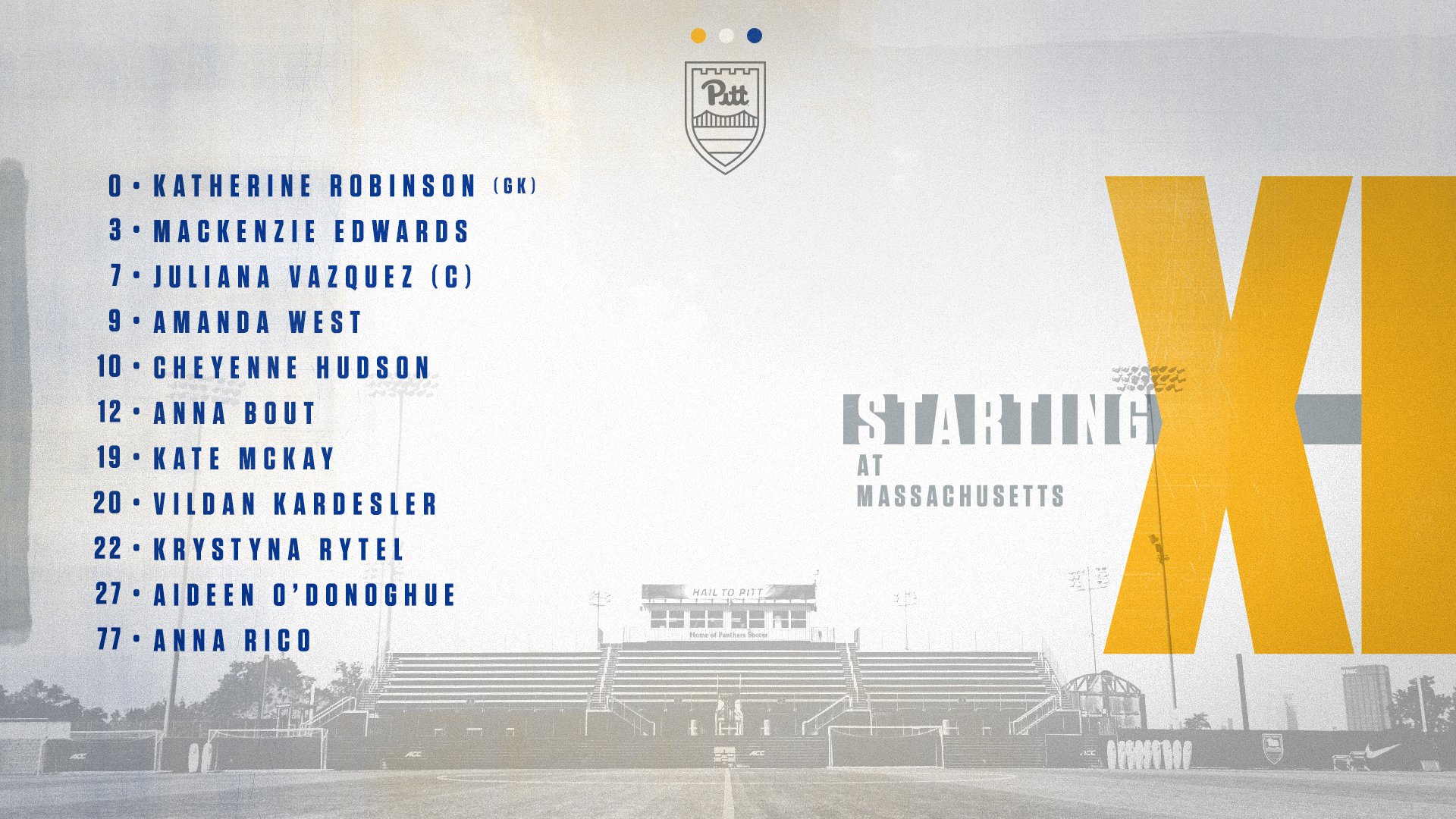 THE SERIES WITH MASSACHUSETTS