A very hard fought one on the bluff today between Atlantic 10 teams that will see each other two more times in the coming weeks. Round one ends in a stalemate. Some good moments for Duquesne, as they showed resolve in getting a late equalizer after Dayton turned up its attacking side in the second half.  The overtime period things opened up at times, but neither could convert on its chances.

Emma Bundy scored the game tying goal in the 87th minute, with a header from a perfectly placed cross from the right side from Tori Kopchak.  Megan Virgin had eight saves for the Dukes.

The Dukes are now 0-1-1 overall and 0-0-1 in Atlantic 10. They’ll next play on Thursday vs St. Bonaventure.   We’ll have the complete recap later along with Ed Thompson photo gallery.

one thing I don't like about college soccer, they still play by the scoreboard clock…

Duquesne player gets fouled in final third with 0:12 seconds left. Not enough time to set up a free kick and the clock runs out.

Here’s a look at the equalizer…

Terrific service from Tori Kopchak and Bundy heads it in to tie it up.

Dayton definitely bringing more pressure in the second half.

The Dukes have gotten stronger as the first half came to a close, but they couldn’t convert despite generating 11 shots (four on frame), Dayton with four shots (one on target).  Dayton has the edge in corner kicks (3-1).

Lots of subs and rotation for both teams — as Duquesne’s already brought in five players this half.

34′ – Yellow card on Dayton’s Mia Perri – leads to free kick for DUQ’s Lexi Kendro who drives it low but saved by keeper.

20′ – The Dukes may not be winning the possession battle but they’ve looked very dangerous on the counter, with three shots on frame, including an Emma Bundy strike from 19 yards which just banged off the post.

A starting lineup for the Flyers… 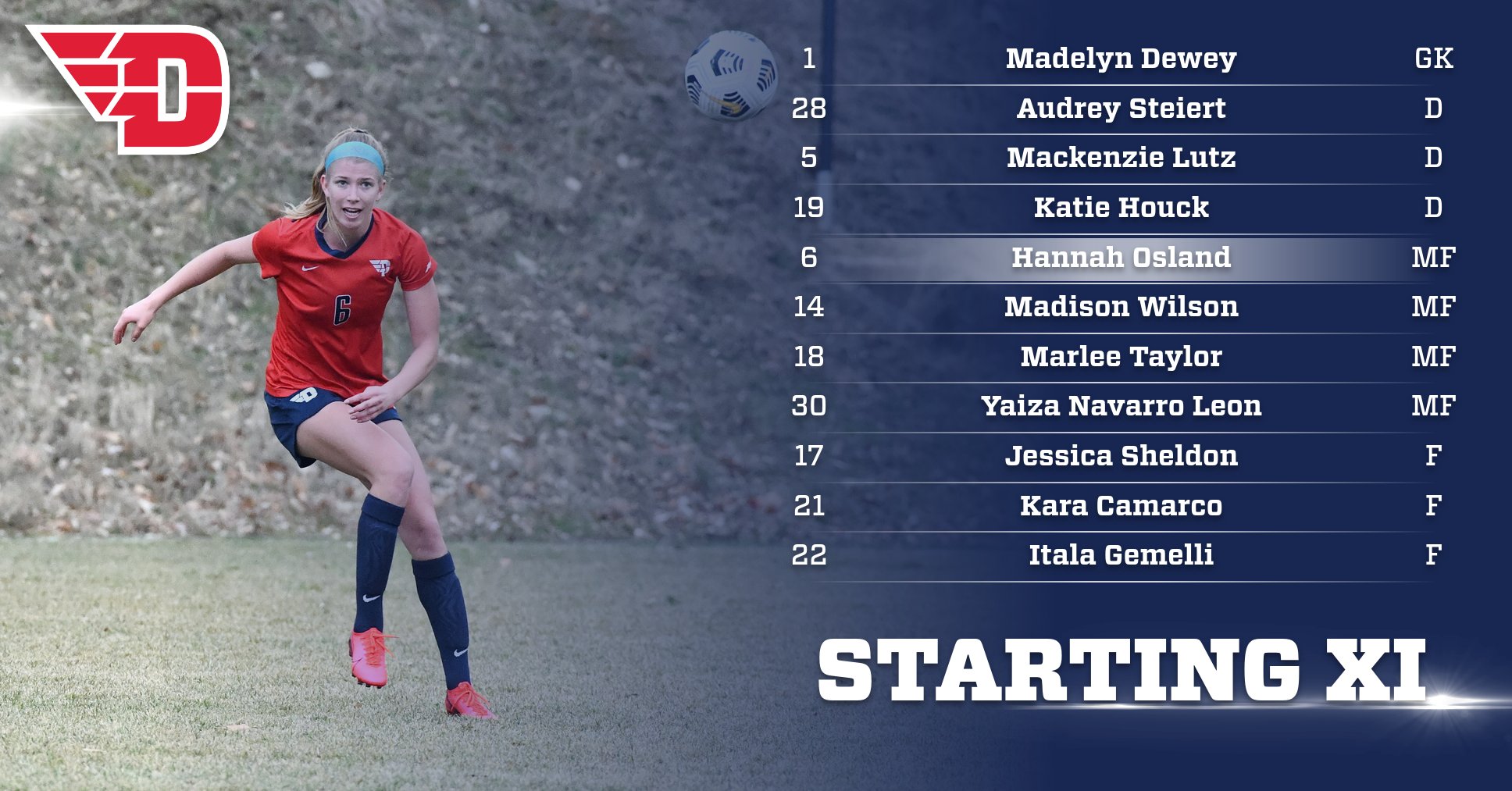 Look for lineups and game day updates to be posted here.

Duquesne women’s soccer opens Atlantic 10 play at home vs. Dayton on Sunday, March 14 at Noon (ESPN+) on Rooney Field. This is the first of eight scheduled conference games for the Dukes, who are competing in the A-10 West Division with Dayton, St. Bonaventure and Saint Louis.