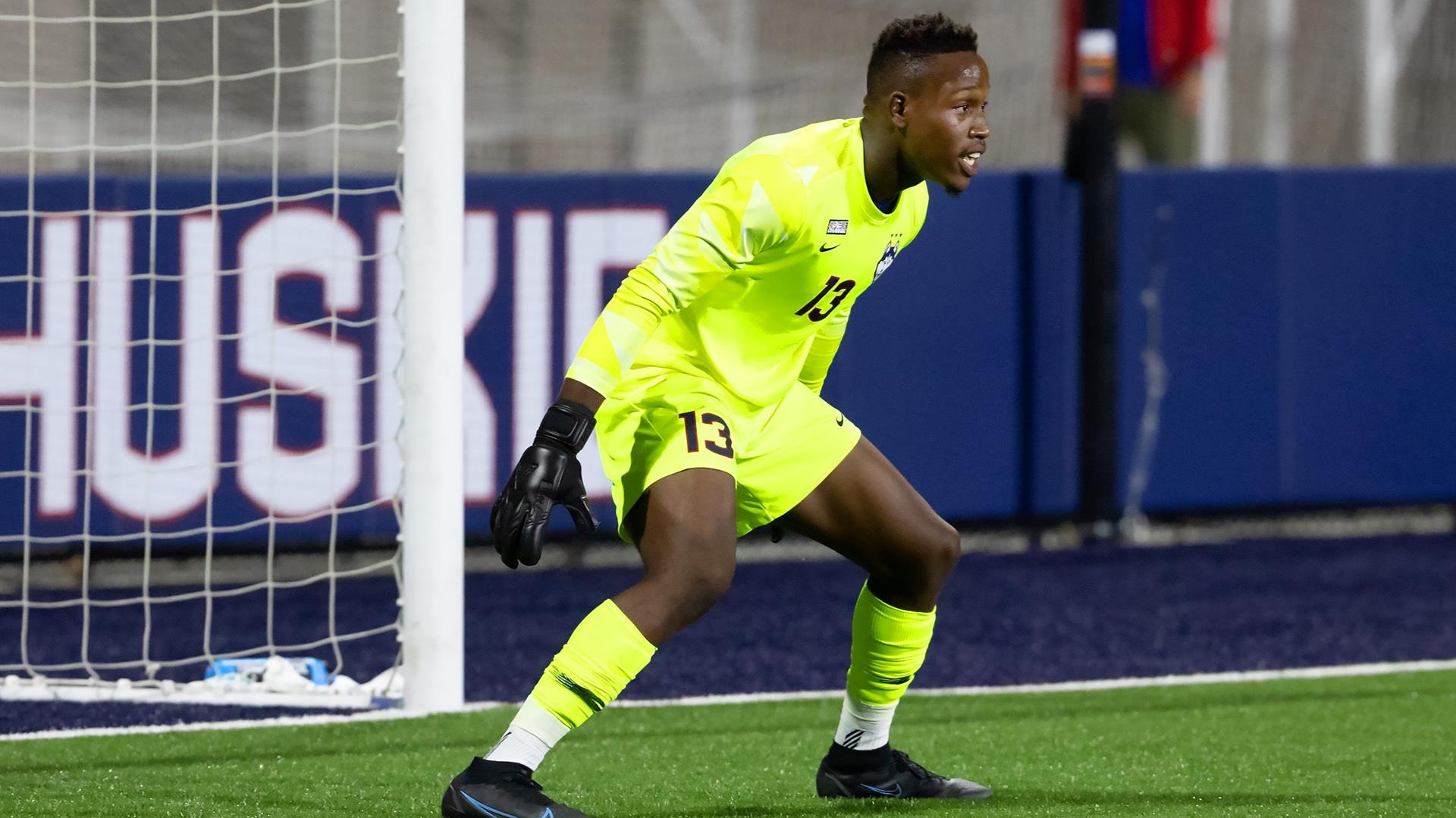 Riverhounds SC has signed goalkeeper Jahmali Waite to a one-year contract with a team option for 2023. The deal is pending USL and U.S. Soccer Federation approval.

Waite, 23, comes to the Hounds from the college ranks, where he completed his career last fall with the University of Connecticut. He started every game for the Huskies last season, recording a 0.95 goals-against average and five shutouts for a team that finished 7-7-2.

He was invited to join the Hounds in camp late last month, and he has trained with the team for the past four weeks prior to his signing becoming official.

“Jahmali has come in and worked hard during his trial period and earned his way onto the roster. We like his habits, shot stopping and athletic qualities, and we are looking forward to working with him during the 2022 USL Championship season,” head coach Bob Lilley said.

A Philadelphia native with Jamaican citizenship, Waite began his college career at Fairleigh Dickinson University after playing in the Philadelphia Union Academy.

To learn more about Waite, our friends from Brotherly Game featured him a few years ago.

At FDU, he was named to the Northeast Conference All-Rookie team as a freshman in 2017 and a First Team All-NEC selection in 2018. In his final year with the Knights, he was named the NEC Tournament MVP and helped guide Fairleigh Dickinson to the 2019 NCAA Tournament, their first NCAA bid in seven years.

During his college offseasons, Waite also played in USL League Two in stints with Reading United and the Ocean City Nor’easters. In 2019, he posted a string of six consecutive shutouts with Reading.

The Hounds now have three goalkeepers on the roster with Waite joining Chase Vosvick and Kevin Silva.

The team has a USL Championship road match tomorrow at 4 p.m. against Detroit City FC, when the Hounds will aim for their first 3-0-0 start in club history.