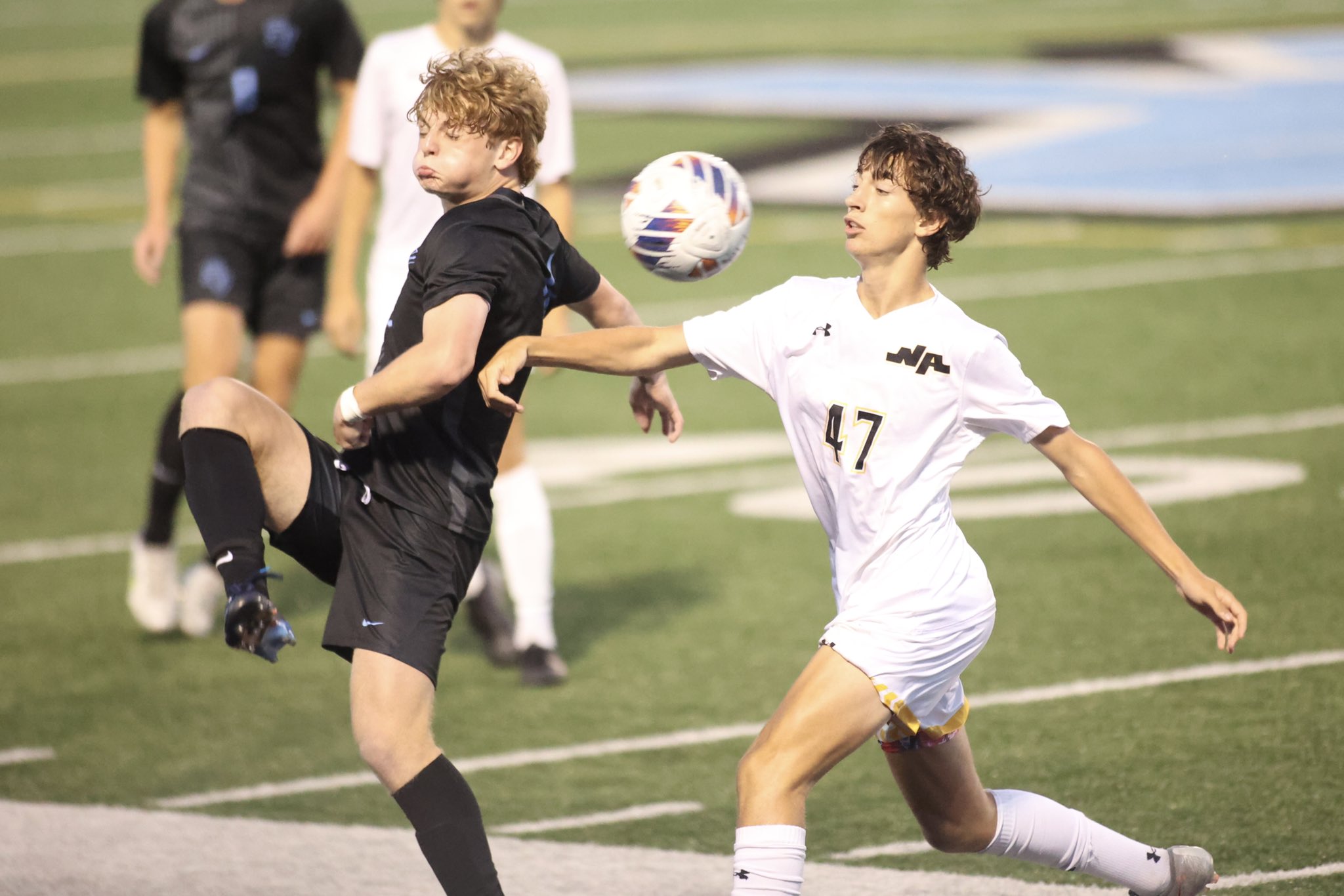 We are right about at the halfway point of the WPIAL soccer regular season, with many big section matches being played on Tuesday across the region.

Updates / Tweets of the Night

Our good friend, Matt Ralph, from The Brotherly Game, is in town, and covering the Seneca Valley / North Allegheny Class 4A showdown for us tonight.

Gabi Gotz equalizes for NA cleaning up the rebound from a saved PK. pic.twitter.com/FRcKFD5OOs

Seneca Valley takes the lead on a goal from Max Marcotte assisted by Connor Oros. They’re up 2-1 with 33 minutes left.

Zach Nash tires it up for North Allegheny with the volley pic.twitter.com/rZsMjpcC3P

Senior Saidi Issa scores off a well played ball from Collin Lazzara and Carson Krushansky adds the insurance mid way through the second half and Fox Chapel holds on for a 2-1 against Central Catholic! @pghsoccernow @FxCAthletics #WPIALSoccer

Rams close out the game against the Titans pic.twitter.com/S4ZaEUDQJl

The Talbots win a thriller 4:40 into overtime over North Catholic as Caden Muchenski put home the game winner off a feed from Luke Fiscus. Caden had two goals and Luke Fiscus added a goal on a PK. Way to go boys. ⁦@pghsoccernow⁩ pic.twitter.com/pn1FvUs1P8

A big section win over our rival @WestABoysSoccer 3-0 at Tiger Stadium! Finish the first half of the season 8-0-1 and 7-0 in section! Next up at Blackhawk on Thursday! @JohnKrysinsky @timesscores @TribLiveHSSN @pghsoccernow @JohnKrysinsky #mahs

The Hawks move to 5-2 at the halfway point – winning the last 5. Big game against section leader TJ at the Nest on Thursday.#GoHawks @pghsoccernow @Big56Conference #WPIALSoccer pic.twitter.com/KrovDRmCHj

Our Lady of Sacred Heart 5, Neshannock 1

The Rebels win 4-0 at Chartiers Houston