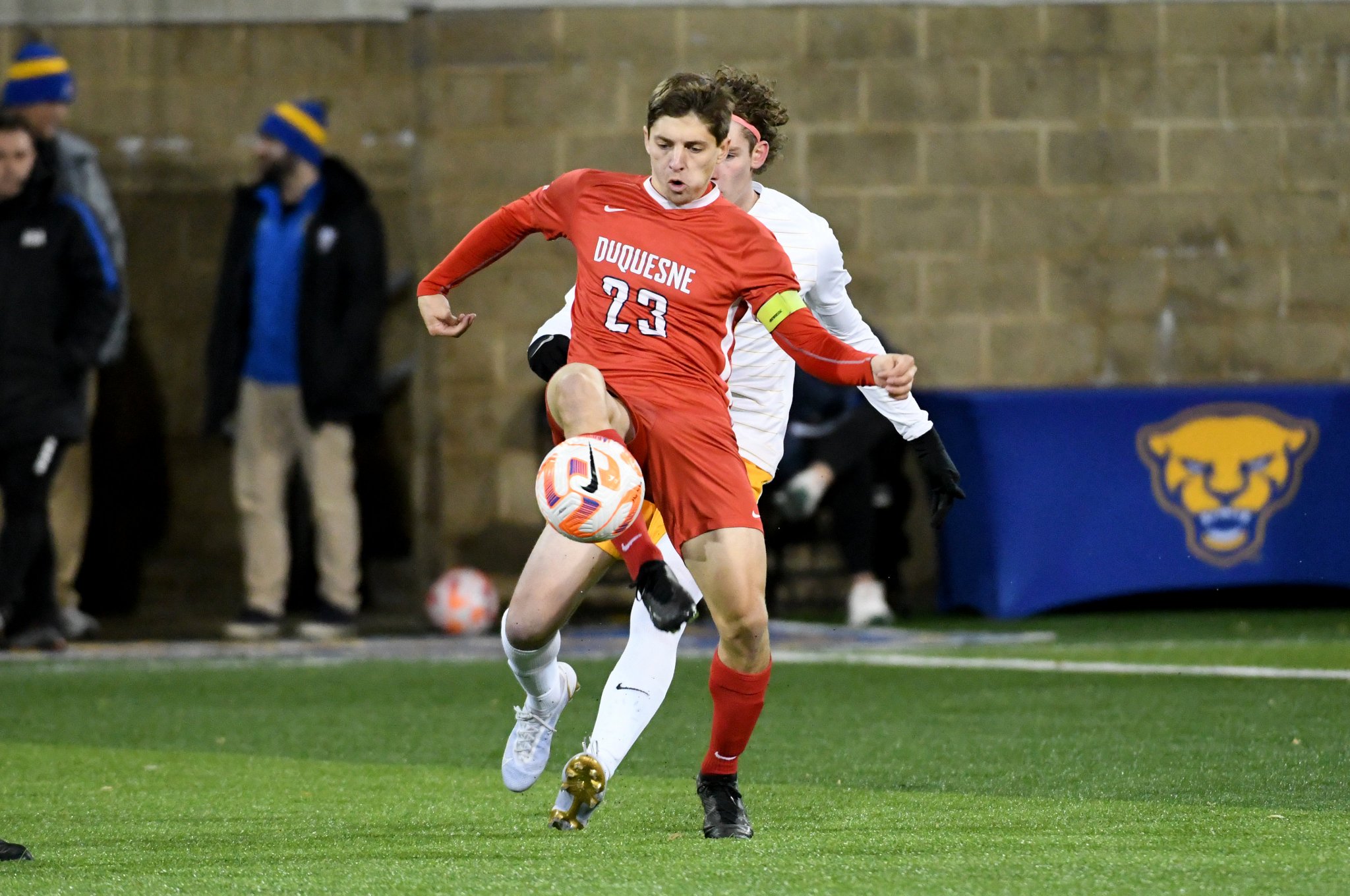 In what proved to be one of the more lively editions of the City Game, Pitt outlasted Duquesne, 5-2, as the Panthers needed a pair of late goals to pull away at Ambrose Urbanic Field on Monday night.

The Panthers had five different players score goals, including two former WPIAL standouts, Michael Sullivan and Josh Luchini contributing with second half tallies.  Luis Sahmkow had a goal and an assist for Pitt, while Valentin Noel and Jackson Walti also added goals.  Ask Ekeland scored just 35 seconds after Sullivan gave Pitt a three-goal advantage in the 60th minute.  The Dukes narrowed the lead to 3-2, when West Allegheny alum Nathan Dragisich’s free kick from the edge of the attacking third was redirected by a Pitt defender for an own goal.

Pitt now holds a 10-0-2 advantage against Duquesne in the all-time series.

The match opened with Duquesne getting the first real dangerous chance for either side when Maxi Hopfer’s shot attempt in the 17th minute had to be saved by Pitt’s Joe van der Sar at the near post.

The Panthers took advantage of a transition opportunity when Luis Sahmkow scored for the third straight match, as Lucas Rose delivered a pinpoint cross into the box in the 23rd minute.

While Pitt held a decided possession edge for much of the first half, they needed a second shot on frame to double the lead when Guilherme Feitosa played a ball through for Noel with just 24 seconds left before the whistle.

Following a goal scoring flurry, that included Sullivan’s shot from 17 yards, just inside the center edge of the box and the two Duquesne goals, the match was very much up for grabs.

The Panthers put an end to the Dukes’ hopes for a comeback win, as veterans Walti and Luchini converted on their chances as things opened up in the final 10 minutes.

Look for more on this match from PSN’s Zac Weiss, including post match reaction from Ambrose Urbanic Field and photos from the sidelines.

*** With his goal, Noel has now recorded at least one point in five straight and in a total of nine games. He shares the team lead with 15 points (6G, 3A) on the year

*** Sahmkow netted his third of the season and has now scored in three straight for Pitt. He has a career-high eight points on the year

*** Mirkovic collected two assists on the night and now has an ACC-high nine helpers on the year. For his career, he ranks sixth in program history with 16 assists

Look for pregame updates, starting lineups and game highlights to be posted here.

Unlike the match a year ago, the Dukes didn’t lie down after trailing 3-0.  Instead they fought back to make things interesting halfway through the 2nd half.

But, as things opened up, Pitt picked apart the Dukes, who only suffer their second loss of the season.

What a final icing on the cake for @Pitt_MSOC to put the game away with a goal from another former WPIAL standout, Josh Luchini.

It's now 5-2 Pitt over @DuqMSoccer

Our captain gives us the 4-2 lead after a great play by Sahmkow to chest the ball down.#H2P pic.twitter.com/6cD4lmNz9m

Pitt with a big goal at 79' and Duquesne was furious with the side official. Jackson Walti with the goal and Sahmkow with the assist. 4-2 Pitt in front. @pghsoccernow

The energized Dukes with a 6-1 advantage in shots this half. Still in search of the equalizer with 15 minutes to go.#GoDukes pic.twitter.com/HPCqBUmb1i

Only 35 seconds after the

#DuqMSoccer on the comeback trail? Own goal an unforced error for Pitt at 60'. 3-2 Pitt. @pghsoccernow

Ask Ekeland takes advantage of Pitt not in formation following the goal. Took all of 12 seconds. It is Ekeland’s seventh goal of the season. 3-1 Pitt in front.

PITT GOALLL‼️@Msullivan_09 buries his first of the season to give Pitt the 3-0 lead. Feitosa and Mirkovic collect the assists.

First goal of the season for former @BoysLakes standout @Msullivan_09 who's been putting in the minutes.

Pitt with a lot of space in transition. Too much space for @DuqMSoccer to concede

A tough one for the Dukes to give up just before the half.

Panthers have been in control, but Duquesne had one quality chance in 17' when van der Sal saved dangerous Hopfler chance. https://t.co/c18rH8CN11

Heads in cross from Lucas Rosa 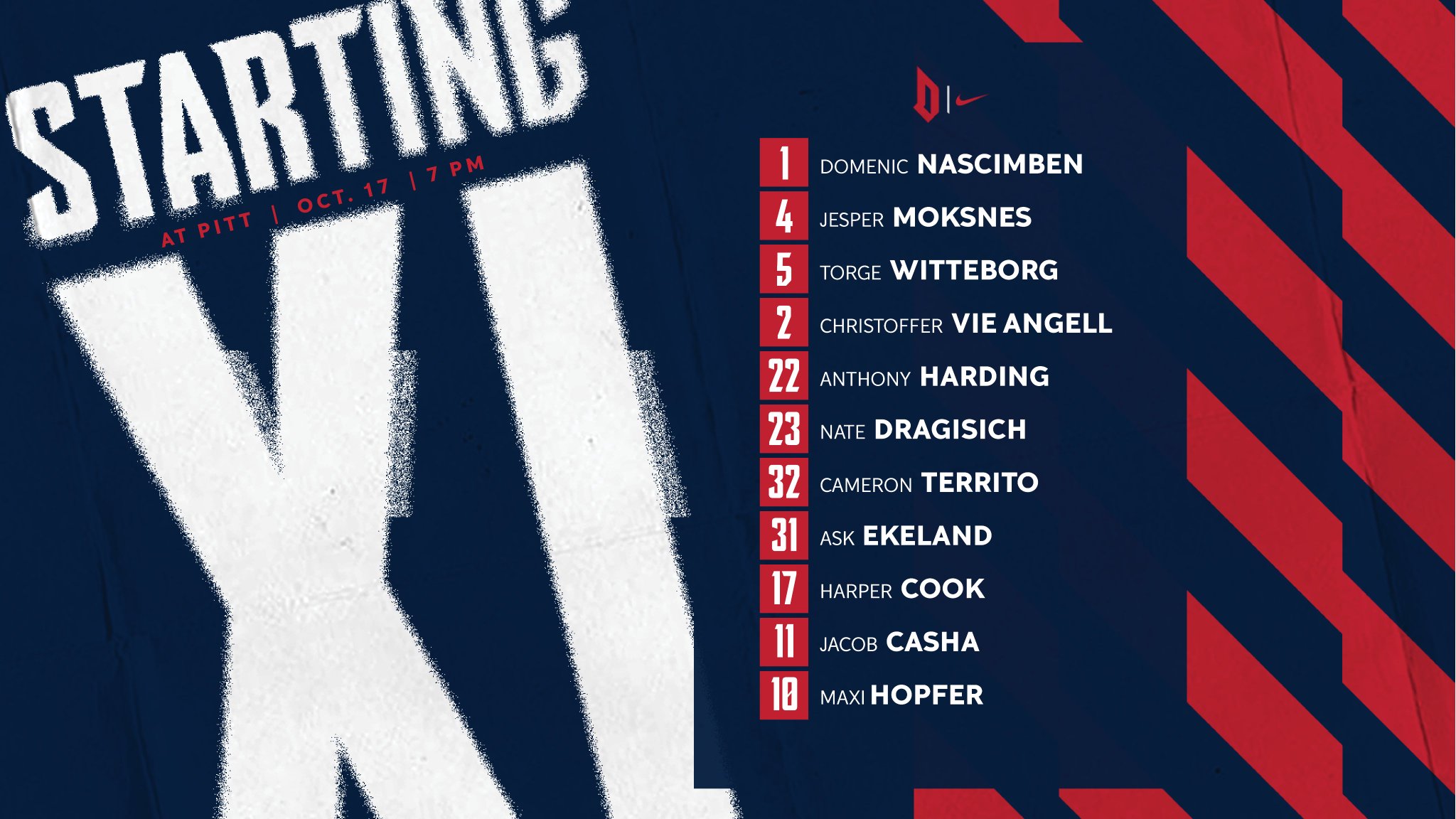 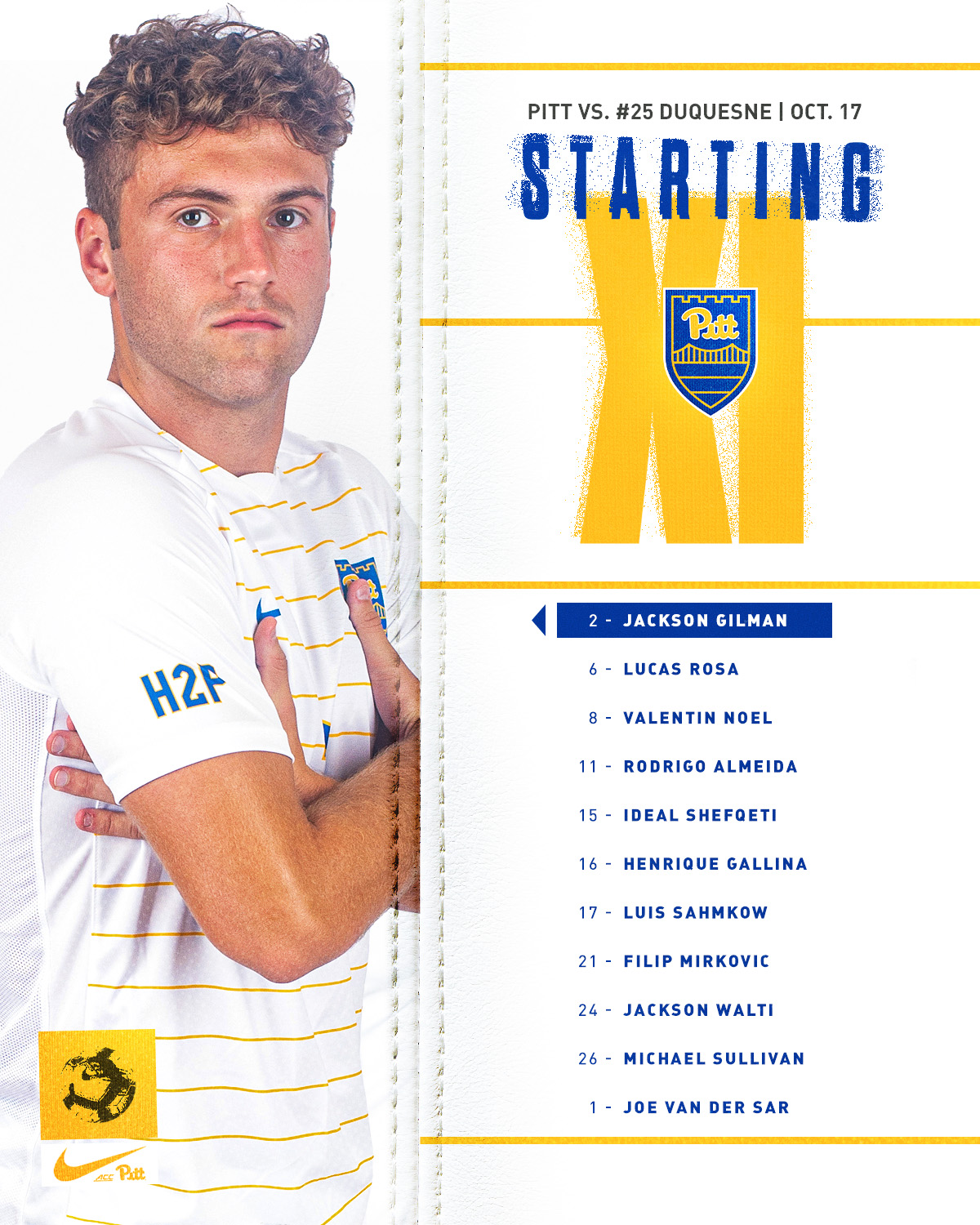 Granted there are two other non-conference games including tomorrow's soccer version of the City Game, which of course has huge bearing, but are not directed towards conference standings. https://t.co/y2rYQPFYX6

The Panthers will be looking for their third win over a ranked opponent on the year and their fifth straight against the Dukes.

UP NEXT FOR PITT