Let’s face it, the one soccer event that captivates the masses, even here in Pittsburgh — is the World Cup.
We’ve already seen a number of team qualify during some of the weekend action — like Egypt getting through.

Picture of the year?

'Football gives wings to who doesn't have legs'.

Yesterday in Egypt after qualifying to World Cup after 28 years pic.twitter.com/hwpYgzDtwg

Another remarkable feat took place when Iceland advanced on Monday for the first time in its history, and as the smallest nation ever to be in the World Cup finals. The nation with a population (337,780) only slightly bigger than how many reside within the City of Pittsburgh (303,625).
https://twitter.com/SportVlnes/status/917687296195006464
On Tuesday, while the United States concludes play in the Hexagonal finale against Trinidad & Tobago (8 p.m. – Be In Sports), there will be plenty of other drama that includes the other teams in CONCACAF playing simultaneously.  This is a long standing world football tradition that American sports have begun to emulate recently (Major League Baseball now plays all the final games on the final day of the season at the same time).
Here are the scenarios for the U.S. as they currently sit in third place (with both Mexico and Costa Rica above them having already cliniched):

If you are interested in watching the U.S. qualifier with a group in our area, the local chapter of the American Outlaws will be hosting a watch party at Highmark Stadium’s pub beginning at 7:30 p.m.

Qualifiers will also be wrapping up in Europe (2:45 p.m. EST kickoff time for all games) and South America (7:15 EST kickoff time for all games), where many spots are still on the line. In South America, it will be especially crazed, as spots 2 through 5 are still up for grabs. And yes, Argentina, and Lionel Messi are in severe danger of missing the World Cup.
If you are trying to keep up, here’s who’s qualified so far: 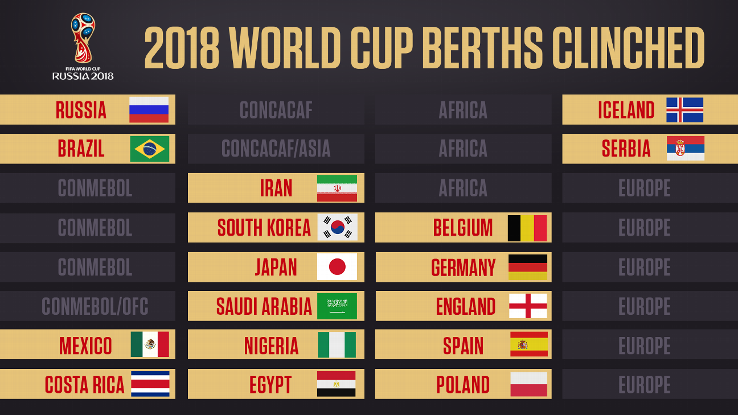