A holiday gift has come early this year for the Pittsburgh Riverhounds SC and its loyal fans!

USL Championship released its entire 2019 regular season schedule and expanded playoff format earlier today as the Riverhounds SC now know the full details of its 34-game slate for its 20th anniversary campaign. The most grueling stretch of the season may come right at the beginning when the Hounds will play its first four games on the road before finally coming home to face Hartford Athletic on April 13 in the sixth anniversary of the first home opener in Highmark Stadium history. That match will also mark the return (for the second time) of former Riverhounds 2013 USL MVP Jose Angulo.

As anticipated, the Hounds will face every team in the Eastern Conference twice in a home-and-home format.

The season opens for Pittsburgh as they travel to take on the Tampa Bay Rowdies, then ensuing road dates at a new Eastern Conference foe, Swope Park Rangers, cross-state rival Bethlehem Steel FC and then they face defending USL Champion Louisville City FC on Saturday, April 6 at Slugger Field in the Derby City.

Every home match at Highmark Stadium will be played on a Saturday with the exception of the team’s July 4 showdown against Bethlehem Steel FC – a Thursday rematch of this past season’s first-ever playoff game at Highmark Stadium.

In all, the schedule mostly avoids mid-week games (only three total) — and more than one game a week for much of the season with a few exceptions. Pittsburgh’s final home contest, a match against Atlanta United 2, will take place on Oct. 5. The club will close out the season with two road contests — at Saint Louis FC on October 13, then at Birmingham Legion FC on Oct. 20.

The USL Championship also announced a brand-new playoff format that will be implemented in 2019. 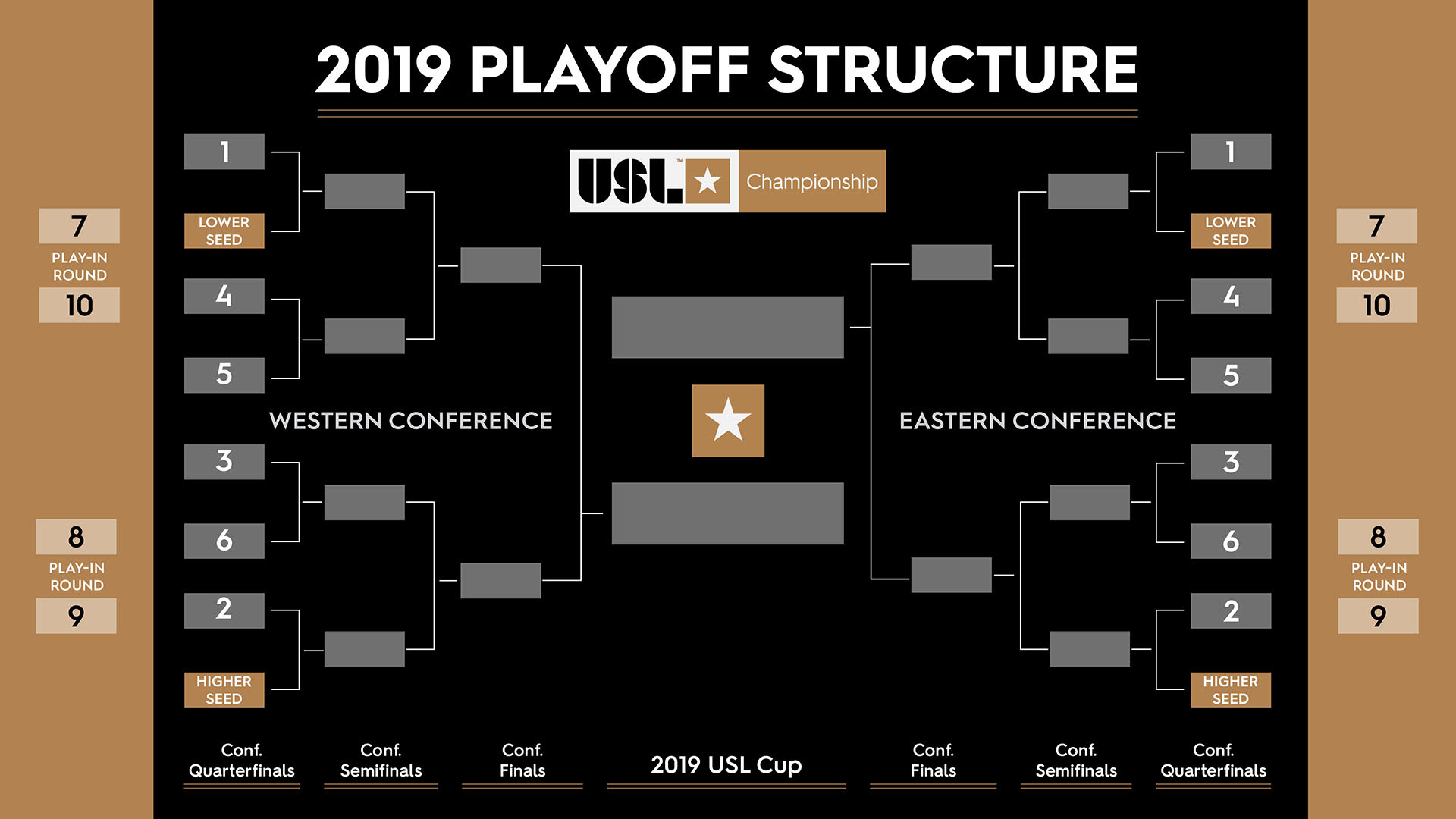 The top 10 teams from each conference will make the postseason with the No. 7 through No. 10 seeds competing in a Play-In Round. After this round, the single-elimination format will continue over the next four weeks in a fixed-bracket tournament. The USL Cup will be held between Nov. 14-18.

The full 2019 regular season and provisional playoff schedule are below. Kickoff times are to be announced.