The match was delayed for an hour, and finally kicked off at 8:05 p.m.

Hounds goalkeeper Ben Lundgaard made one save, while Pittsburgh could only muster one shot on target from Neco Brett.

9:51 – Noah Franke delivers ball in for Volesky who almost redirects it as a back-flick — from behind the back — and nearly goes in!

9:28 – Neco Brett almost nudges a shot through into near post side with help from deflection, but STL keeper Fenlason quick enough to react to stop it from going in.

9:15 – STL getting close. Kadeem Dacres gets a chance after being played through but his shot goes wide.

9:14 – Kerr delivers another dangerous ball for Dos Santos to middle of box, but the big guy can’t get it on frame.

8:52 p.m. – halftime arrives — as Saint Louis with its first shot attempt on frame in the late stages of the half. It was Joaquin Rivas with a left footed shot from outside the box is saved in the center of the goal — as Ben Lundgaard, Hounds keeper, dove to his left to secure the ball.

8:46 p.m. – Hounds with a few chances. Neco Brett from right side, but saved by Fenlason.

YELLOW CARD: Steevan Dos Santos follows a ball played back in box, colliding with Fenlason and the Hounds big target man called for a yellow card for what ref believes was a late arrival. Dos Santos argues to no avail.

8:40 p.m. – tight defensive match in driving rain with only one shot on target for each side thus far.

6:45 p.m. – a lightning strike was sighted, and now there’s a weather delay.  Kickoff pushed back at least a half hour. 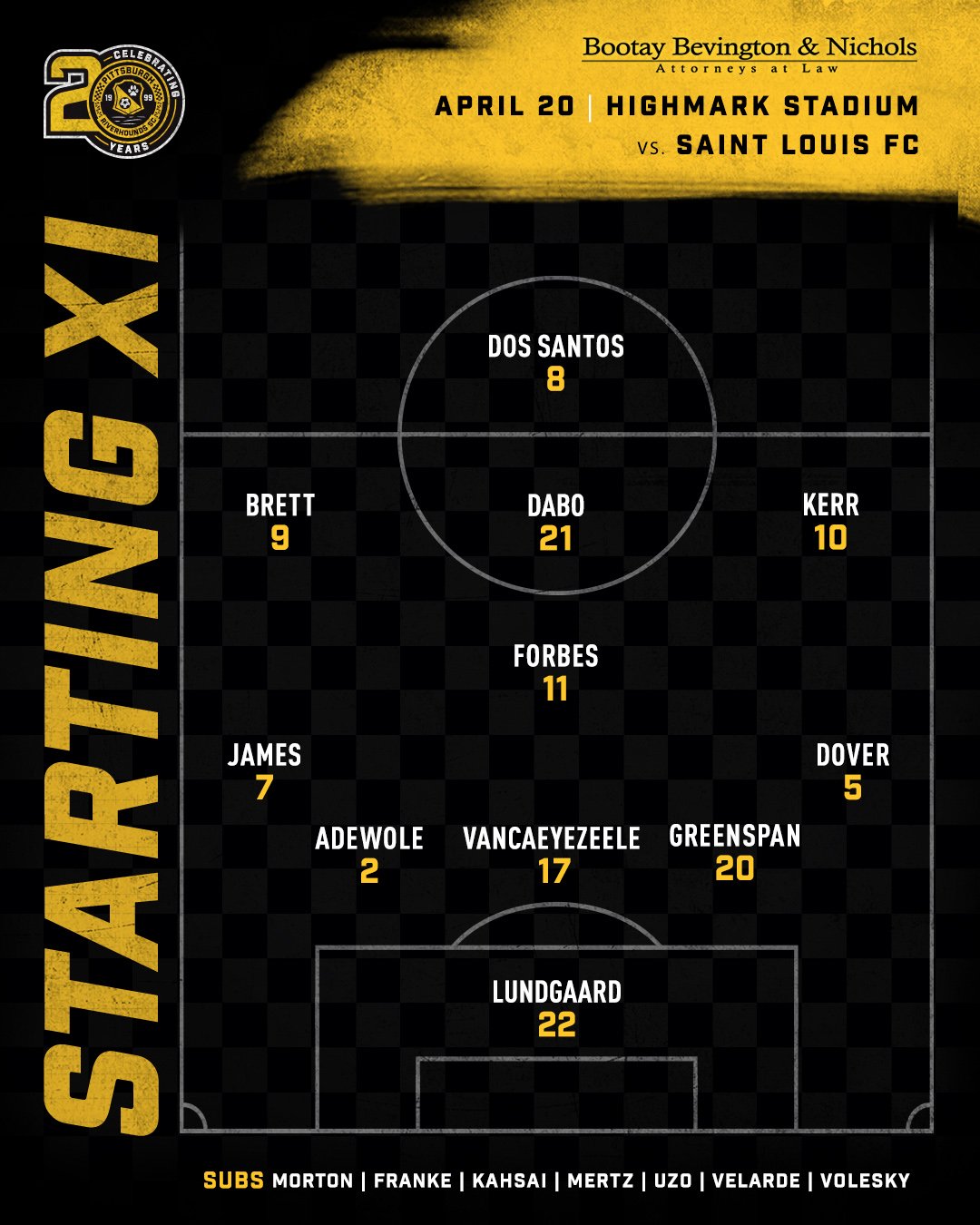 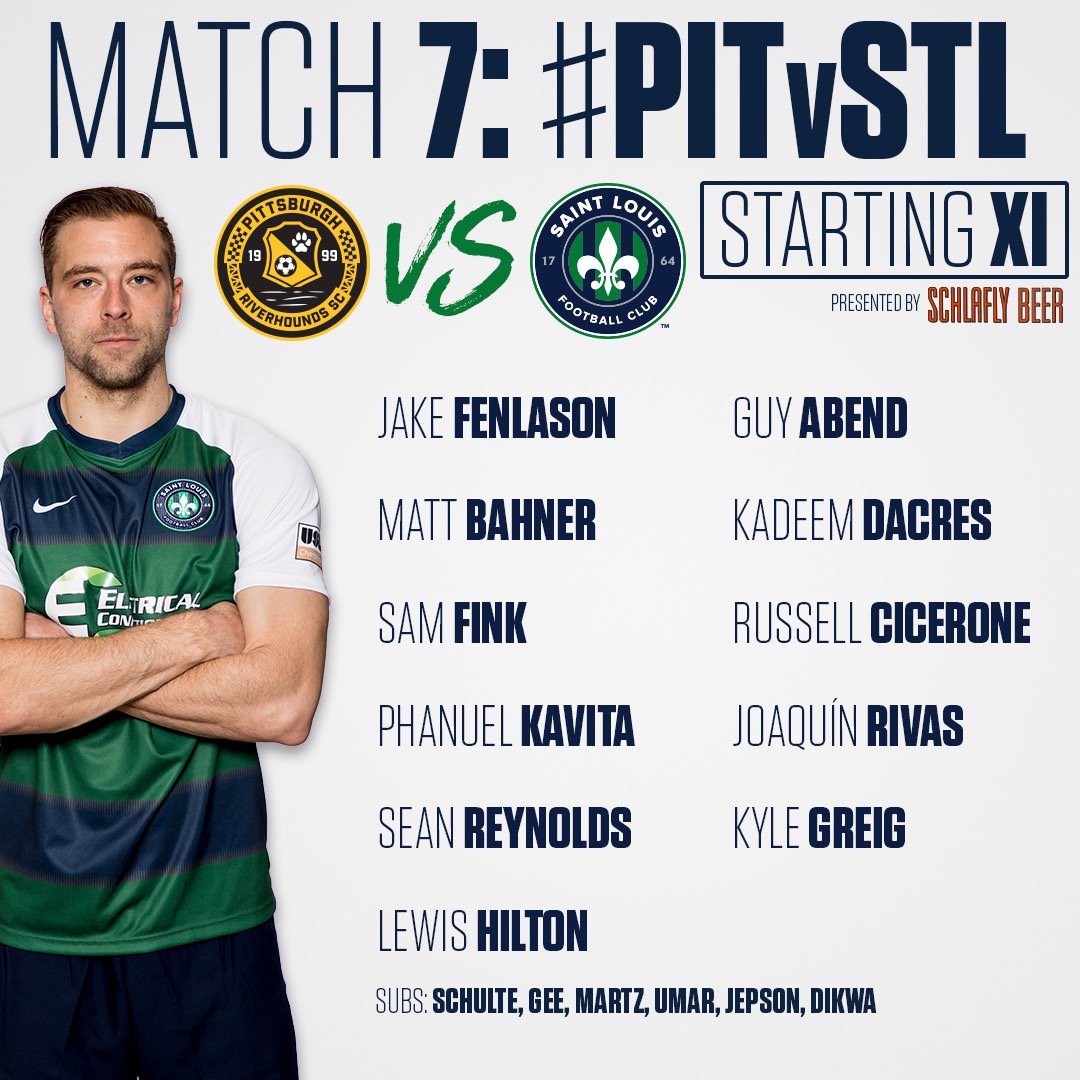 This week’s coverage on Pittsburgh Soccer Now and more

“We have to make sure we are ready for battle…”