In a wild, back-and-forth match, No. 7 Pitt kept pushing forward, even playing down a man for the entire second half and in extra time, to eventually defeat Duke, 4-3, in second overtime.

It was sophomore center back Arturo Ordonez who scored the game-winner, his second golden goal of the season, with a header that followed up a corner kick attempt, that lifted the Panthers to the road win.

“I am very proud of the effort tonight,” said Vidovich. “Our preparation for the match this week was fantastic and our mental toughness is coming through again. It’s a great team win, our bench was used tonight and our leading scorer Val [Noel] moved to left back to help us secure the win. Everybody did their part and stayed true to themselves, believed and took it to the end.

Duke (3-9-2, 1-2 ACC) started the scoring early in the first half as senior Daniel Wright converted a penalty kick in the third minute. The Panthers went on the attack after the goal, totaling four corner kicks in the next 22 minutes. Noel earned his first goal of the game in the 28th minute, as Noel received a pass from freshman Bertin Jacquesson at the top of the 18 and struck a right foot to the upper right of the net, tying the match at 1-1.

The score remained, 1-1, at the half. As the half ended, sophomore Veljko Petkovic was given a red card and the Panthers were down a man for the remainder of the contest. Pitt outshot the Blue Devils, 10-3, and recorded seven corner kicks to Duke’s two in the first 45 minutes of play.

Pitt came out aggressive in the second half, and Noel tallied his second goal of the evening in the 54th minute. Noel snuck a ball just inside the left post from 28 yards out, striking it low on the ground for his 10th goal of the season. Four minutes later, freshman Filip Mirkovic put the Panthers up 3-1 with his second goal of the season. Freshman Luke Mort gathered a volley and attempted a shot on net, but the ball was deflected to the right off Duke junior goalkeeper Eliot Hamill’s gloves. Mirkovic rebounded the loose ball and used his left foot to drive a low liner to the far right post for the score.

Duke answered with its second goal of the game in the 67th minute, cutting the Pitt lead to 3-2. Four minutes later, the Blue Devils tied the game at three all as freshman Thorleifur Ulfarsson scored the equalizer. The score remained, 3-3, after 90 minutes of action.

The two teams held each other scoreless through the first overtime, with Duke tallying one shot.

Four minutes into the second overtime, Mort drove a shot to the bottom left of the net. Hamill saved it and pushed it out for a corner kick, Pitt’s ninth of the game. From the corner cross, Ordoñez’s shot on goal was saved by Hamill, but a big hop gave the 6-2 defender enough room to head the ball into the top right corner of the net for the game-winner.

“With the red card, we made some adjustments at halftime and the guys felt good about it” stated Vidovich. “We knew if we stayed high and pressed them and found our role we could play with a man down and they executed fantastically with two quick goals. Not only that, but after giving up two quick goals to Duke, our guys didn’t give up. They showed their mental toughness and pushed through.”

Ordoñez finished with five shots, three shots on goal and a goal. Petkovic registered four shots and one shot on goal, while Noel finished with two shots, two shots on goal and two goals. Graduate student goalkeeper Nico Campuzano had two saves on the evening and earned his 10th win in between the pipes. Campuzano is now tied for fifth for wins in a single season, joining Mark Hendricks (1986) with 10 wins in a year.

Off the head of Arturo Ordonez and the Panthers WIN in overtime!

Pitt with most of possession, and two free kicks from reasonable distance in 1st OT, but can’t convert anything.

Neither side could get the go-ahead goal in regulation — so they’re heading to OT!

Thorleifur Ulfarsson with the goal!

Miguel Ramirez with the goal for the Blue Devils.

Valentin Noel with the brace as the shorthanded Panthers took the lead in the 54th minute!

21′ | Bryce Washington gets a headed shot on goal off of a corner, but it is saved by the Duke goalie.

Valentine Noel with his ninth of the season!

Val with his team leading ninth goal of the season! 🇫🇷#H2P pic.twitter.com/NQjwyOVhuW

Daniel Wright with the PK to give the Blue Devils the lead. 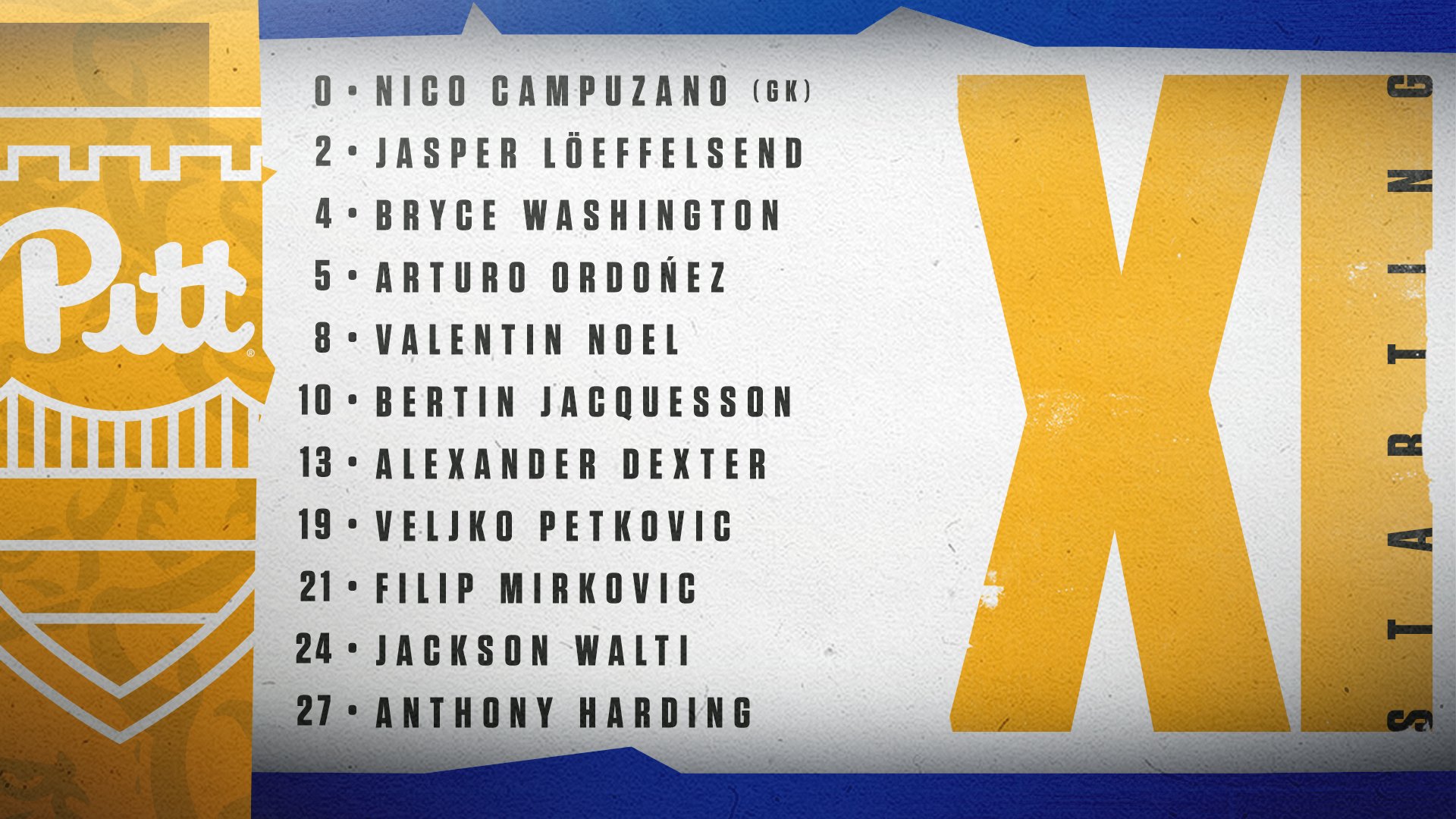