Amanda West became Pitt women’s soccer’s all-time leader in career goals with 24 as the Panthers opened their 2021 season with a 3-0 shutout victory over Tulsa in the BancFirst Cowgirl Soccer Invitational Thursday at Neal Patterson Stadium. West recorded the historic goal in the 20th minute.

“It was a good start to our season obviously with the win,” said Pitt head coach Randy Waldrum. “Tulsa made it difficult at times for us, but I also felt we could have been a little sharper in our ball possession and in our opportunities around goal. We were able to get some valuable game time for our young players, which is important to their growth. We were pretty solid defensively for the most part. Overall a good start.”

Ellie Coffield scored on her first shot of her first collegiate game in the 17th minute for the game’s first goal.

Leah Pais recorded a goal in a season-opener for the second-straight year, finishing a shot off Sarah Schupansky’s pass in the 85th minute. Schupansky recorded her first collegiate point.

“Congratulations to Amanda West on breaking the career goals record and of course congratulations to the young players for their first collegiate appearance,” said Waldrum. “Great to see Ellie Coffield scoring her first goal, and Sarah Schupansky created two goals for us as well!”

Pitt finishes the tournament with host No. 16 Oklahoma State Sunday at noon (ET).

Panthers have all three shots so far to start the second half. @landy_mertz, @YapleEmily & @EmilyyHarrigan each placed their shot on goal.#H2P 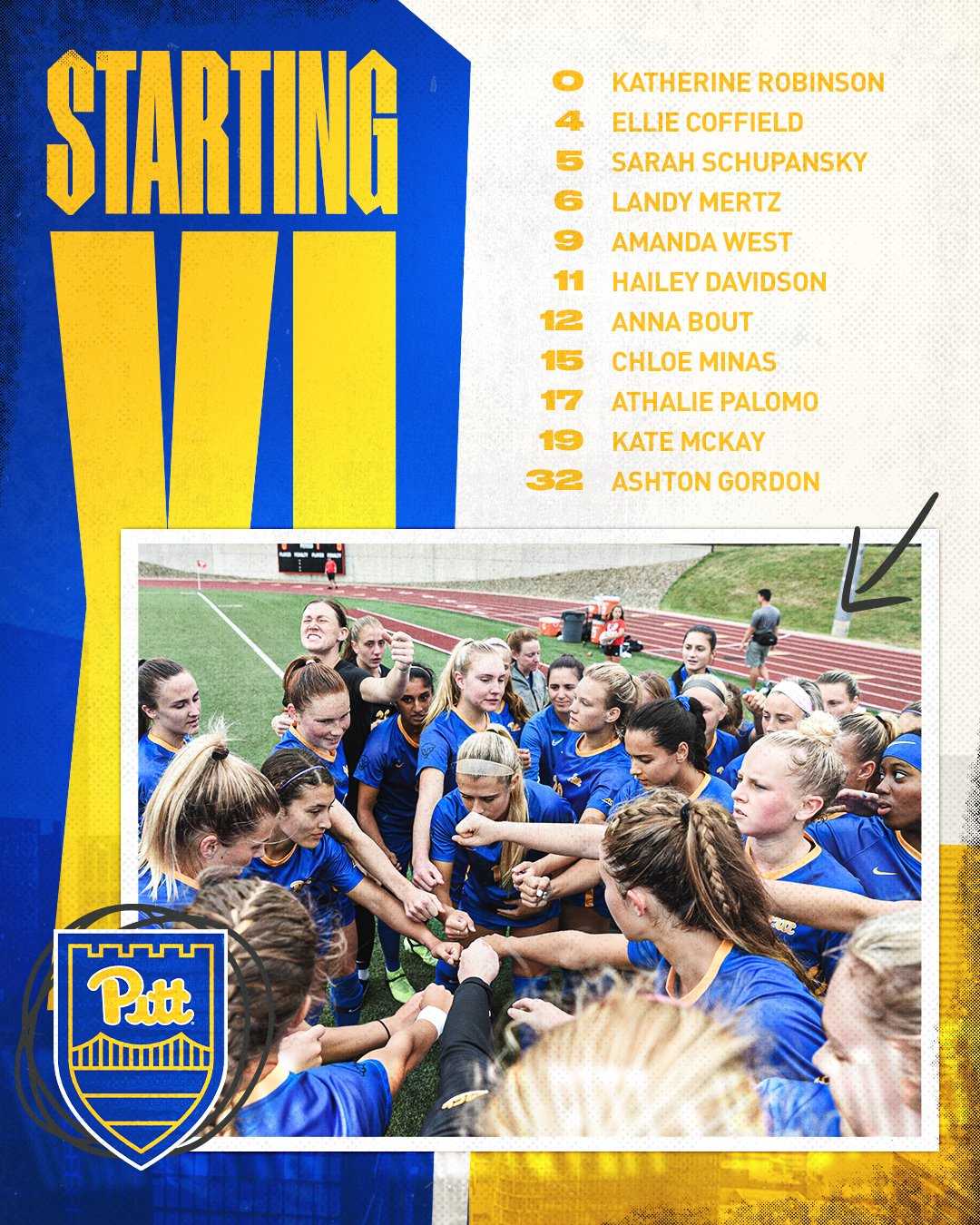 Look for starting lineups and highlights from today’s match to be posted here.

Pitt women’s soccer begins its 2021 season with the BancFirst Cowgirl Soccer Invitational in Stillwater, Okla. Thursday at 5 p.m. (ET) against Tulsa and Sunday at noon versus host No. 16 Oklahoma State.

Get a more in-depth look at the Panthers as Pittsburgh Soccer Now‘s Mark Goodman filed his Pitt women’s soccer preview on Wed.

UNDEFEATED IN SEASON-OPENERS UNDER WALDRUM

o West has started every game in her career while Pais and Mertz were both new to the team as transfers (Pais-Albany, Mertz-Dayton).

o Bout has started all but three games in her career, and Yaple and Minas started as true freshmen last season after enrolling in the previous spring semester.

o Yaple contributed offensively three goals and two assists while Bout had a goal and assist each.

o Limited teams to a .410 shots on goal percentage

o McKay ranked third on the team in scoring with three goals and five assists while Palomo had a goal and assist.

o The two combined for six shutouts, .743 save percentage, 1.12 goals against average and six shutouts.

o Lazzarini was 4-3-0 with 31 saves, .756 save percentage and 1.30 goals against average with all but three games started against ACC opponents.

o West scored three-straight game-winning goals, something no other Panther in program history has done before.

o All but Darlington, Evers and Schmidt enrolled early in the spring of 2021.