Pitt women’s soccer’s (2-0-0) recorded its first win over a ranked opponent in 13 years, knocking off No. 16 Oklahoma State (1-1-0) 3-2 in overtime for the BancFirst Cowgirl Soccer Invitational Championship Sunday afternoon at Neal Patterson Stadium. Sarah Schupansky kicked in the golden goal just 30 seconds into overtime for her first collegiate goal.

Anna Bout retrieved an errant cross deep in the left side of the box and tapped it back to Athalie Palomo, who sent the cross in the middle for Schupansky to one-touch it in with her left foot.

“I’m extremely proud of the progress we are making,” said Pitt head coach Randy Waldrum. “It was a huge win today against a very dangerous opponent. The way this team continues to fight back amazes me! Our young players played very well for us this weekend. Ellie Coffield, Bri Hilsenteger and Sarah Schupansky all played with composure and looked like veterans. Emily Harrigan, Ashton Gordon, and Landy Mertz our transfers brought great experience and quality to us as well.”

Emily Yaple got the Panthers on the board first in the 37th minute. After Bout passed it back to Chloe Minas, Minas touched the ball over to Yaple who tucked in a shot in the top left corner from outside of the right side of the box.

The Cowgirls responded quickly to start the second half, scoring two goals in the first five minutes.

Amanda West tied up even quicker in the 51st minute, heading in a cross from Mertz. Schupansky picked up the secondary assist, taking possession of the ball atop the box and finding Mertz in the right corner.

Pitt returns home for its opener at Ambrose Urbanic Field Thursday at 5 p.m. against Cleveland State, with the No. 3 Pitt men’s soccer team opening up its season in the City Game against Duquesne following.

Its Sarah Schupansky who picks a great time for her first ever college goal.

GOAL – Emily Yaple. Pitt goes up 1-0 late in the first half!

What a goal from Emily Yaple!
From outside the box.
Gives @Pitt_WSOC a 1-0 lead on the road against No. 16 Oklahoma State late in 1st half. #H2P

Look for starting lineups and highlights from today’s match to be posted here. 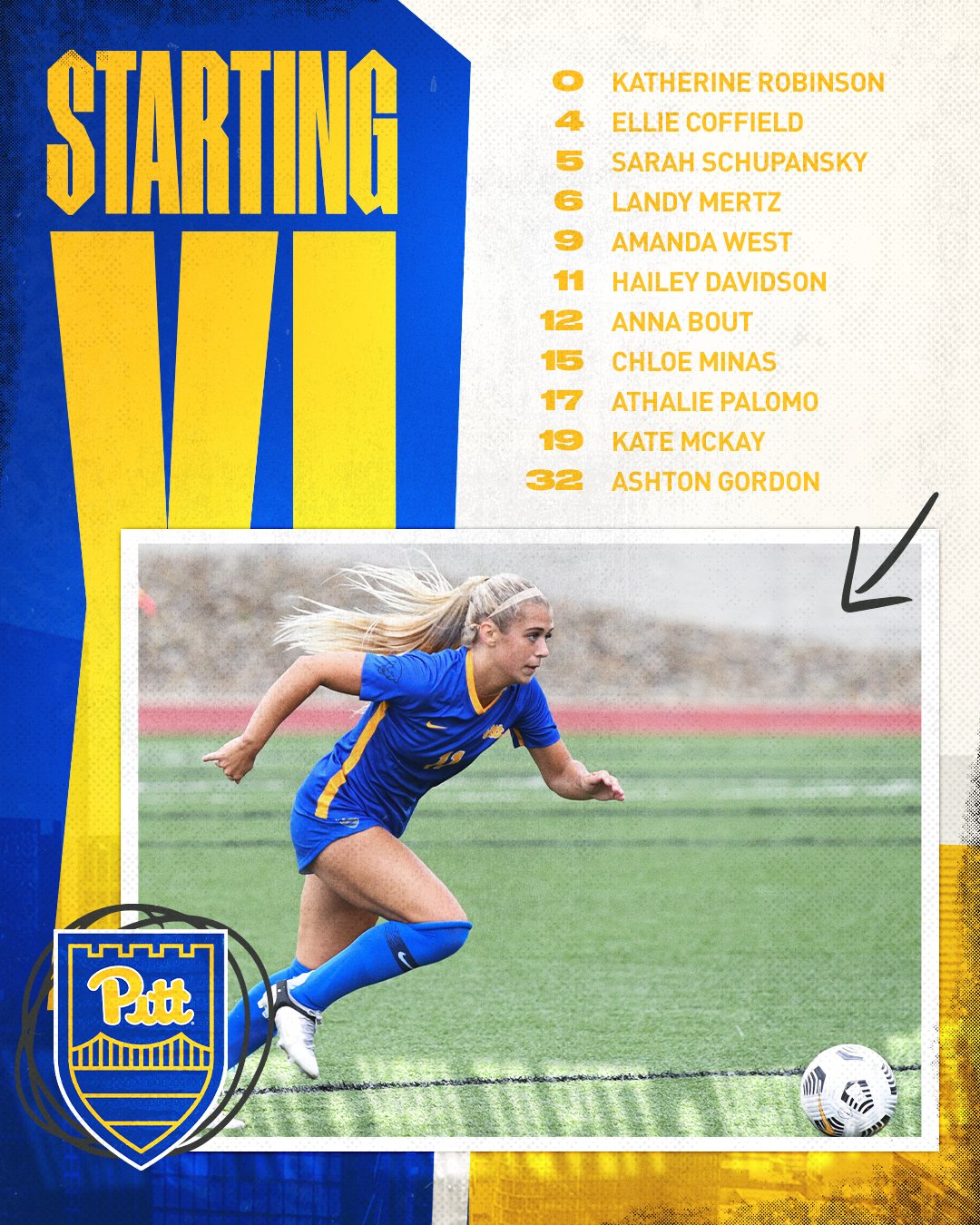 The Panthers will face a tough challenge on Sunday, facing a 16th ranked Oklahoma State team that opened its season with 2-0 win vs UTSA on Thursday and is returning 21 letter winners, including nine starters and five All-Big 12 honorees. The Cowgirls lost in the Round of 16 in the NCAA tournament in May, on penalty kicks to seventh seed Texas.

o West has started every game in her career while Pais and Mertz were both new to the team as transfers (Pais-Albany, Mertz-Dayton).

o Bout has started all but three games in her career, and Yaple and Minas started as true freshmen last season after enrolling in the previous spring semester.

o Yaple contributed offensively three goals and two assists while Bout had a goal and assist each.

o Limited teams to a .410 shots on goal percentage

o McKay ranked third on the team in scoring with three goals and five assists while Palomo had a goal and assist.

o The two combined for six shutouts, .743 save percentage, 1.12 goals against average and six shutouts.

o Lazzarini was 4-3-0 with 31 saves, .756 save percentage and 1.30 goals against average with all but three games started against ACC opponents.

o West scored three-straight game-winning goals, something no other Panther in program history has done before.

o All but Darlington, Evers and Schmidt enrolled early in the spring of 2021.