Pitt women’s soccer continues to roll, earning its third straight win to open the home schedule with a 5-0 victory at Ambrose Urbanic Field on Thursday.

“It was nice to get so many players playing time tonight,” said Pitt head coach Randy Waldrum.

“We need our young players getting game experience. Having said that, I would have liked to start with more intensity and energy than we did. I thought even though we controlled the game from early on, we could have been a bit better in our defending. We did score some really good goals and were pretty efficient around the penalty area. Great to see Sarah continue to score and Bri getting her first collegiate goal! West got us going with a very composed goal, and Yaple got us a second one soon afterwards. So all in all a good day for us.”

We have more from the postgame interview with coach Waldrum and goalkeeper Caitlyn Lazzarini and Schupansky on Pittsburgh Sports Live.

Pitt women’s soccer’s (3-0-0) recorded its biggest margin of victory and goals scored for a home-opener with a 5-0 shutout of Cleveland State (1-2-0) Thursday evening at Ambrose Urbanic Field. Sarah Schupansky produced her first collegiate brace with a goal in both halves.

Amanda West got her first game-winning goal of the season in the 16th minute, scoring from the middle of the box after making nifty moves around defenders after receiving Anna Bout’s pass.

Emily Yaple scored less than four minutes later. Athalie Palomo threaded a pass into the midfield, and Yaple burst passed the last line of defenders to tap it over the goalkeeper.

Schupansky came off the bench and notched her first goal in the 27th minute. After a throw in that was touched over by Hailey Davidson, Schupansky lofted it over the goalkeeper into the left side of the net, shooting it from deep from the right side above the box.

Bri Hilsenteger scored her first collegiate goal in the less than two minutes into the second half on a shot from the left side of the box. Ellie Coffield received a pass from Krystyna Rytel and found Hilsenteger.

Schupansky’s last goal came in the 79th minute, with Celia Lopez getting the assist.

Pitt stays home for its next match, facing NJIT Sunday at 1 p.m.

FINAL: Pitt wins going away, as they tack on two more second half goals.

Schupansky comes off the bench & scores in less than a minute, lofting a shot over the GK deep from the right side above the box!

Yaple burst pass the last line off defenders & taps the ball past the GK to double Pitt’s lead! Palomo threaded the needle to Yaple for the assist.

Who else, Amanda West gives Pitt the lead off a pass from Anna Bout.  West has scored in all 3 games this season 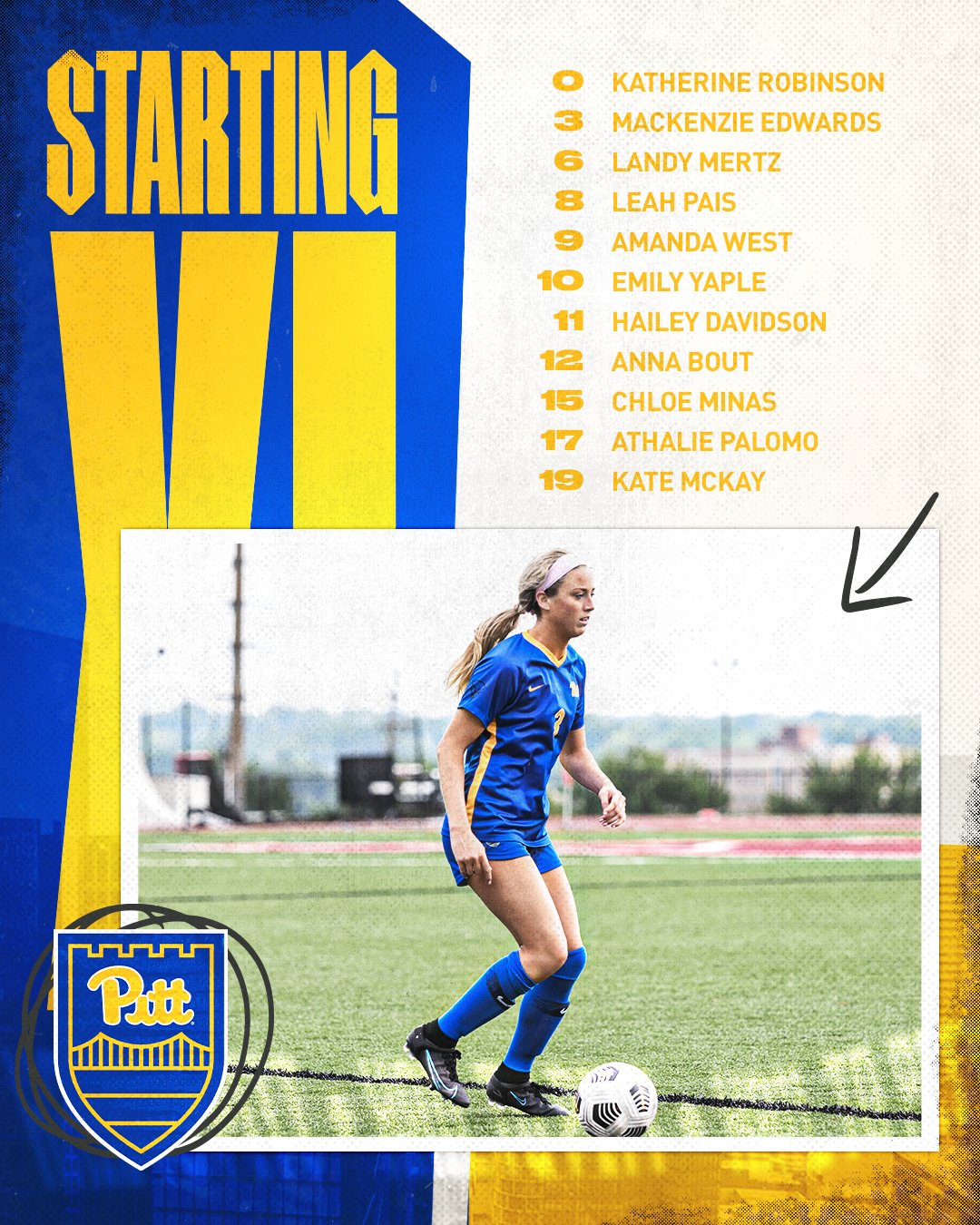 The game is the first-part of a doubleheader at Ambrose Urbanic Field with the No. 3 Pitt men’s soccer team opening its season in the City Game against Duquesne at 8 p.m.