The WPIAL Boys Soccer playoffs continue Tuesday evening, with a full schedule for Class 1A.

The top two seeds in Class 1A are Greensburg Central Catholic and Winchester Thurston, who have made a habit out of meeting in the WPIAL Championship game in this classification in the previous two years.  But the competition will be stronger from this year’s field, with numerous teams with their eyes on the prize and hoping to reach it to the WPIAL finals at Highmark Stadium.

Final from The Pot and the first round game. Cougars 2 • Freedom 0 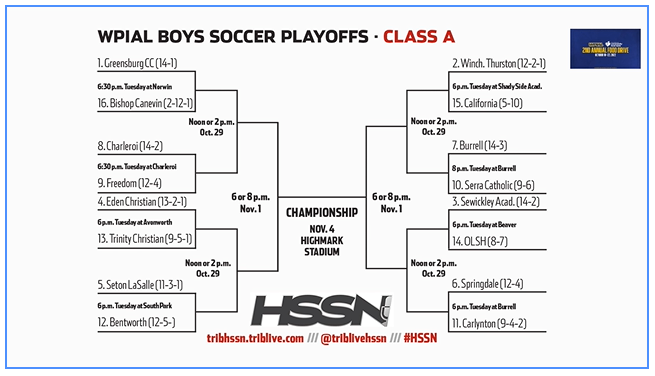