Here’s a quick round-up of action of Pittsburgh area teams in the NPSL and WPSL in games played on Friday and Saturday.

The Pittsburgh Hotspurs men remained in good form, winning its third match of the season, while in WPSL action, Century United picked up its first-ever WPSL win and Hotspurs women dropped a tough 2-1 decision to Motor City FC.

The Hotspurs men continue on with another match on Sunday, as they travel to Rochester.

Nicky Kolarac and Bryan Akongo each scored their second goals of the NPSL season to lead the Hotspurs to a 2-0 defeat of FC Buffalo on Friday evening in a match played at Founders Field.

The team capatin, Kolarac, struck it again from distance in the 43rd minute to give the Hotspurs the lead heading into the half.  In the second half, Tate Mohney’s cross set up Akongo’s goal.

The Hotspurs continue on this weekend, looking to stay at the top of the NPSL’s Rust Belt Division standing with another match at Rochester on Sunday, at 5 p.m.

Here’s how the Hotspurs lined up on Friday. 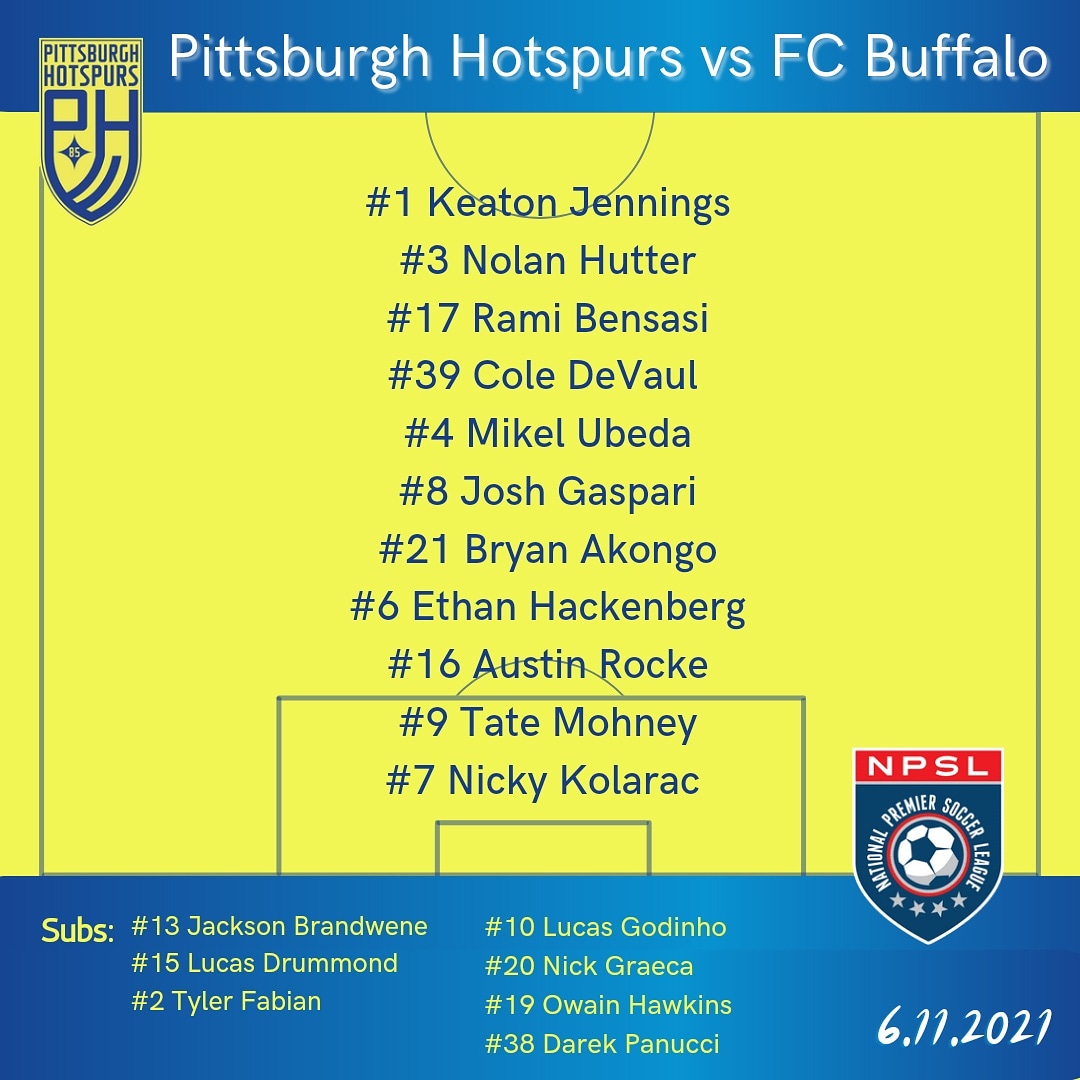 Annabel Thomas scored the game-winner in the second half on a pass from Bri Valentovish, and Maddy Neundorfer made some big saves late to lead Century United to its first-ever win in WPSL on Saturday at East Lake High School,

With the win, Century’s record improves to 1-2-0 in the Ohio Valley Conference.

Big save from Maddy! https://t.co/fRNoTRF2aj

History has been made! Our first @WPSL win in club history! #RepCentury pic.twitter.com/1Z8xZiexve

Century’s next match will come Saturday, June 19, when they take on Motor City FC, at home at Cool Springs. (2 p.m. kickoff)

Amanda Miller had the equalizer for the Hotspurs early in the second half, but Motor City FC buzzed ahead for the victory with the game winner later in the half.

The Hotspurs are now 1-1-1 overall in the Ohio Valley Conference.  They return to action Friday, June 18, when they visit the Cleveland Ambassadors in a rematch of the season opening 1-1 draw. 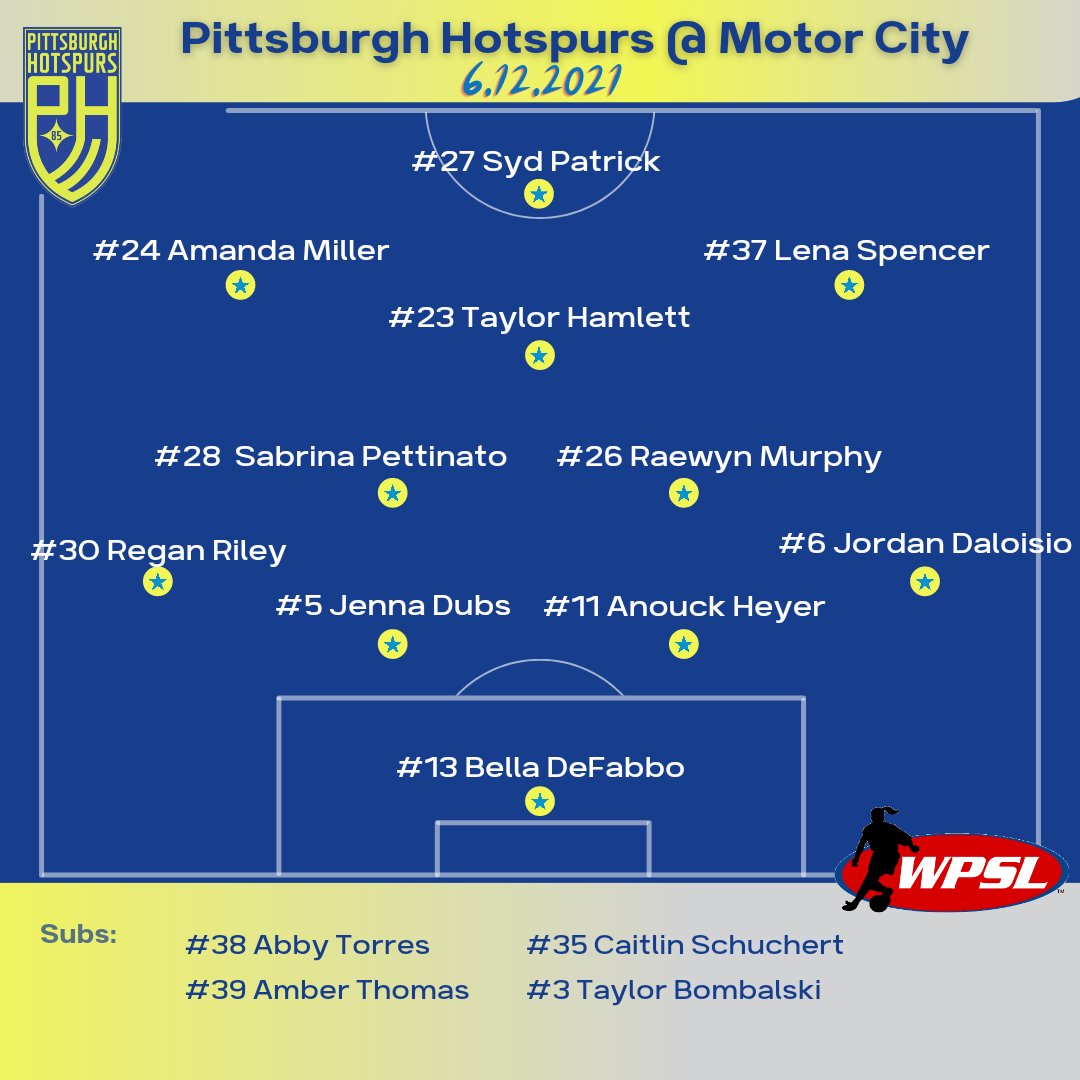