Pitt men’s soccer team went to Durham, N.C. and came away with a hard-earned point against the Coastal Division leading and No. 2 Duke on Friday night.

The Panthers held the edge in the first half in shots and possession, but also got caught up in what became a frantic, back-and-forth affair with solid transitional defending on both sides.

Duke created more chances on the width, as they took a 6-1 advantage on corner kicks.

Pitt’s best chances in the run of play in the match came on two separate occasions when Lucas Rosa delivered a diagonal ball to the far post area to teammates who slipped behind the last Duke defender.  In the first half, Josh Luchini came up short when he lunged forward to head Rosa’s ball in, but his redirect off the head sailed wide right of the right post.

Late in the second half, after Rosa missed a free kick from close range, he found Valentin Noel breaking to the far post.  Noel’s header just missed, going off the side netting.

Look for updates to be posted here, including the starting lineups and in-game highlights.

Panthers go on the road were on equal terms w/ No. 2 Blue Devils. Last 15 minutes Pitt were clearly on the front foot, but couldn’t convert on chances. Solid result vs a Duke side who hasn’t lost this season.

87′ | Fantastic ball put into the box by Lucas Rosa but Valentin Noel’s diving header goes just over the goal.

I like Pitt's chances in the second half. but they can't let it get too much into a track meet.@ACCMSoccer

30′ | Josh Luchini has the best chance of the first half as he breaks free on the left side but his low shot is kicked away by the Duke keeper.

23′ | Mike Sullivan has the first shot of the match for Pitt as his header is saved by the diving Duke keeper. 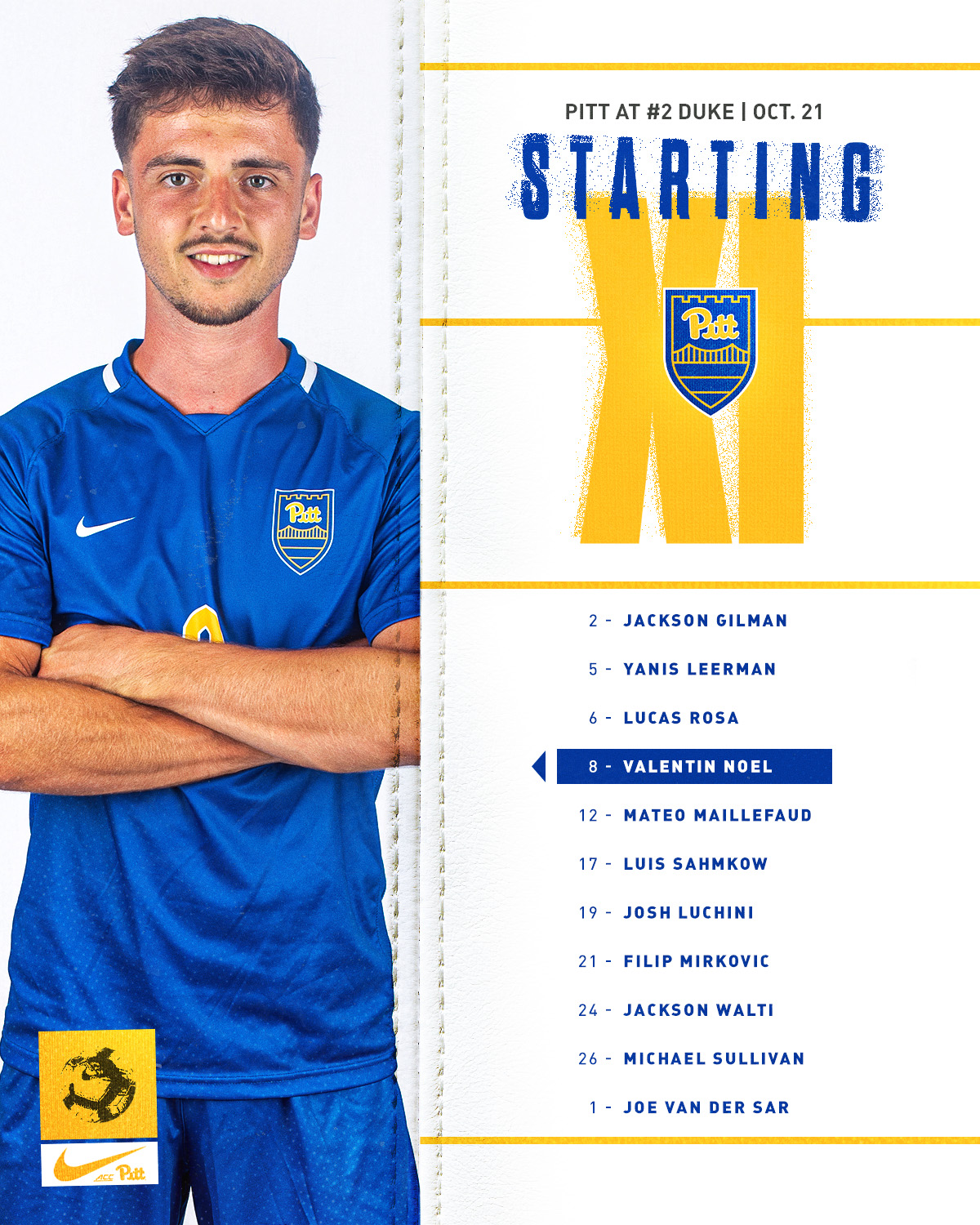 Last time in Koski for the regular season tomorrow night 😈

Pitt has won two matches in a row and are looking to make some headway in the ACC Coastal Division standings as they now face a big challenge at No. 2 Duke on Friday night in Durham.

Duke has been without a loss this season, and after starting the season in the Top 10 in the rankings, Pitt has stumbled a bit in terms of place in the ACC standings due to a pair of losses in conference play, but could really make up for that with a win at Duke.

In the past few years, the Panthers have had Duke’s number, winning the last four matches between the two sides.

Match Report: Pitt gets better of City Game against Duquesne

No. 20 Pitt ‘getting closer’ with record-breaking 2-0 home win vs Syracuse
Back at home, Robert Morris shuts out Detroit Mercy, 2-0