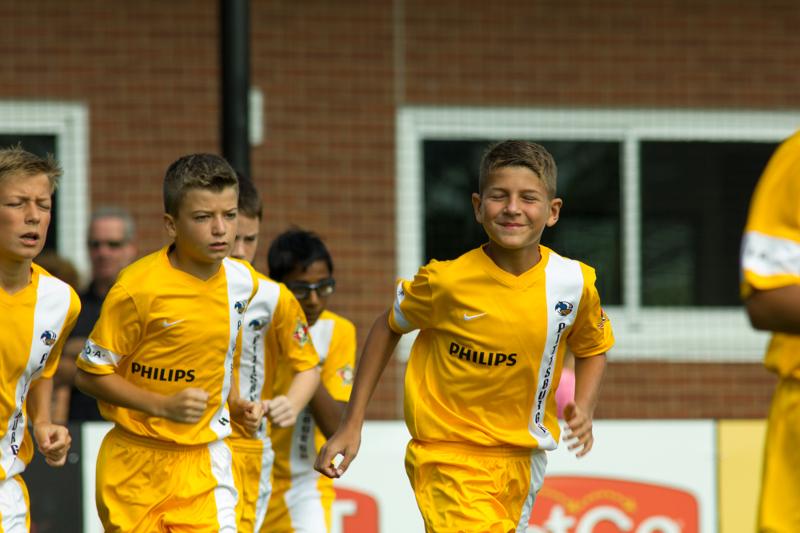 After conducting interviews with coaches and others involved in youth soccer development programs and clubs in our area in the past few months leading up to this year’s College National Letter of Intent Day, many of the same themes kept rising to the surface.

The consensus from almost all coaches and club representatives gathered from these conversations is that while overall progress has been made and soccer has come a long way in our area, more cooperation and much work still needs to be done — primarily in providing the best players with more direct paths to reach the highest levels.

This prompted me to take a harder look at why our region has come up short in producing elite players — but also see what’s being done about this.

Some of these challenges curtailing growth of the youth system in Western PA have ranged from not having a central training center or a top-level U.S. Soccer sanctioned development academy in this region to a lack of alignment and cohesion among our local clubs which has been cited as a barrier that may have kept some top players from reaching higher levels.

While the creation of Pittsburgh Riverhounds Developmental Academy (RDA) had positive and pretty ambitious intentions when formed in 2007 — even its own Director of Player Development, Jason Kutney has recently admitted that its creation caused a greater rift and divide in the youth soccer community in our area.

“It is a business.  People’s livelihoods have been at stake.  It has become without a doubt a tenuous situation,” said Kutney, a former Riverhounds and Duquesne University player.

“Without any question the formation of our youth academy started that tough strain of relationships in the area.  We understand that, and we own up to it.”

Despite this hodgepodge of Pittsburgh-area soccer youth organizations and clubs in recent years, there have also been some glimpses of progress.

“If you can get a young player out of this area to reach the pinnacle of the game, whether it’s the men’s or women’s side, there’s cascade to the rest.”

“We’re trying our best, just like the other clubs in the area to get those two or three players catapulted to the highest level possible to see what the benefits are that trickle-down to all the rest.”

Not only are the Columbus Crew entering the second year of an affiliation with the Pittsburgh Riverhounds at the pro level, but they are starting to put their footprints in youth player development in Western Pennsylvania.

“It started with my predecessor, but we recognize Pittsburgh as having a lot of potential more than anything else.  The players speak for themselves and the coaches too.”

As an extension of one of Major League Soccer’s original pro soccer franchises, the Crew SC Academy is a charter member of the U.S. Soccer Development Academy.  Supported by the U.S. National Teams, it is the top level of competition in the country for youth soccer players.

The Crew have begun to work on building bridges to develop a pathway to its Youth Academy with Western Pennsylvania.  While our region has never been confused with places like California, Ohio, New Jersey or even Eastern PA for producing top tier soccer players, the Crew are extending their reach and forming more partnerships with Pittsburgh-area youth programs.

“What we want to do is help this area, and we feel that there’s decent amount of players.   A big issue has been that many players are spread out here, and what we have to do is provide the right opportunities for these players to find the right pathway to the next level,” said Sanchez, recently during a visit to the Boys College Showcase hosted by Century United at Cool Springs Soccer Complex in Bethel Park.

In the immediate future, there are plans for the Crew to begin to lay the foundation to build a stronger presence in our region — as Sanchez spoke to me about having an education center that will bring together the best players, from all the local clubs, beginning with U-12 players and up.

Still, even Sanchez admits that they are just scratching the surface.

“To be fair, I’ve only been to Pittsburgh a few times now, but the future is bright.  We still have to look at what’s best for the individual (players) but we want to work with everyone. When we think about America, and how we can make the game grow.  If we were only to align with one club we’d be doing ourselves a disservice — a detriment to Pittsburgh and to Columbus.  Our mentality is to work with everyone together — under the same umbrella.  As long as we put the individual needs of the players first, we can make great strides.”

In ‘working with everyone’– partnerships between the Crew Academy and the Riverhounds Development Academy and the other top clubs like Beadling and Century United are already being forged.

“In the past everyone was pretty protective of their players,” said Larry Fingers, Director of College Recruitment and coach for Century United.

“But, the bottom line is that there have been no options for players in our area to have direct access to the highest levels.”

“We all want to get players to the same destination — and now the good news is that with the Crew’s involvement — this is a new, progressive thing that could very well be a game-changer for soccer in our area,” added Fingers.

Sanchez said that as early as this Spring, the Crew Academy will be starting with six-week cycles of training with the top boys players in this area to introduce them to the Crew’s methodology and culture, what they’re looking for in players and how they structure their training sessions.

And he knows it’s going to take time.

“That’s what starts to bring everyone together,” said Sanchez. “There has to be an openness to our efforts, and the message I’ve received from all those here is that people are looking for that next step. What we’re going to do is let it happen organically, take it slow, and do it the right way.”

While the Crew will take some small steps initially in Western PA, they are looking at identifying players in the area that would be invited to be a part of the Crew’s Academy in Columbus.

With distance being a challenge, the Crew have plans for residential opportunities and making part-time training arrangements with other players who would come from three or four hour driving distances.

Sanchez also acknowledged is that the Crew Academy’s focus is naturally on the boys side.

So, where does that leave the girls?

The Riverhounds Academy has had an outstanding run of late with producing top-level female players, like University of Pittsburgh-bound Aideen O’Donoghue, who was invited to the U.S. Soccer U-18 training camp last year.

In my interview with O’Donoghue in the Fall, she even cited her experience with the Riverhounds Academy as a huge reason for added exposure and having been provided with an opportunity to be a part of the U.S. Soccer training camp.

While the Crew’s imprint on the area is centered on boys, this leaves the RDA and the local clubs to continue to try to find common ground with girls development and pathways to the top levels.

Kutney cited a few examples of players that came from Beadling and Victory Express club programs to play with RDA’s most recent graduating class.

“Three players from other clubs joined us (RDA)  in the past year and a half.  While for last 6-7-8 years we’ve focused on walls between us. Hopefully now we can start focusing on getting Western PA to bust through that ceiling above us — and working together will be the way to do that,” said Kutney.

Taking a strictly hypothetical approach, looking at the current rate of players that are going to major NCAA Division I women’s soccer programs from our area and with select elite players from our region that have broken into the National Team pools, there’s no reason not to believe that Pittsburgh could someday potentially be on the radar as a place for a U.S. Girls Developmental Academy program.

And having an Academy on that level — in our region — could be a game-changer too.

If you look at the current map of where teams are located (see below), there is clearly a significant gap between Western Ohio –and Eastern PA.   The RDA’s Girls teams just began playing in the ECNL (*Elite Clubs National League that provides competition for clubs below U.S. Girls Developmental Academies)–and the boys are joining in 2017.

(* It’s another topic for another day to outline all of the Club Leagues that are out there and all of the Acronyms that exist in U.S. Youth Soccer circles) Many barriers still stand in the way for Pittsburgh and the RDA to reach this level — maybe one of the biggest is that current coaches that are still without certain USSF level coaching licenses.    Although, for what it’s worth, current Riverhounds player Mike Green, who grew up in Strongsville, OH, is listed as one of the Crew’s Youth Professional Players.

Pittsburgh should have something to strive for — right?

U.S. Soccer representatives have to look at that pretty eminent gap between Eastern PA and Western Ohio, and see that the logical spot to fill it would be in Pittsburgh.

There is also a significant gap on the boys map with Western PA sitting between a strong Atlantic region and the Mid-America area that includes the Crew Academy. The Crew also have a second boys academy established in partnership with the Michigan Wolves — forming the Crew SC Academy Wolves — that is also part of the U.S. Soccer Federation Youth Development Academy program at the under-16 and under-18 age groups. The Crew provide financial and technical support to the under-16 and under-18 Wolves teams playing in the US Development Academy.

Now, if things go well in Pittsburgh for the Crew in the coming years, and things really pick up steam, what could stop the Crew from establishing a similar set-up like they have with the Wolves?

Only time will tell.

For now, baby steps forward can get things going in the right direction – and start providing more Pittsburgh-area soccer players with chances to break through to the highest levels.

We’ll be watching closely in the months and years to come.

CLICK HERE FOR COMPLETE INTERVIEWS WITH JASON KUTNEY and DENNIS SANCHEZ, BE SURE TO LISTEN TO THE LATEST EDITION OF THE PITTSBURGH SCHOLASTIC SOCCER SHOW