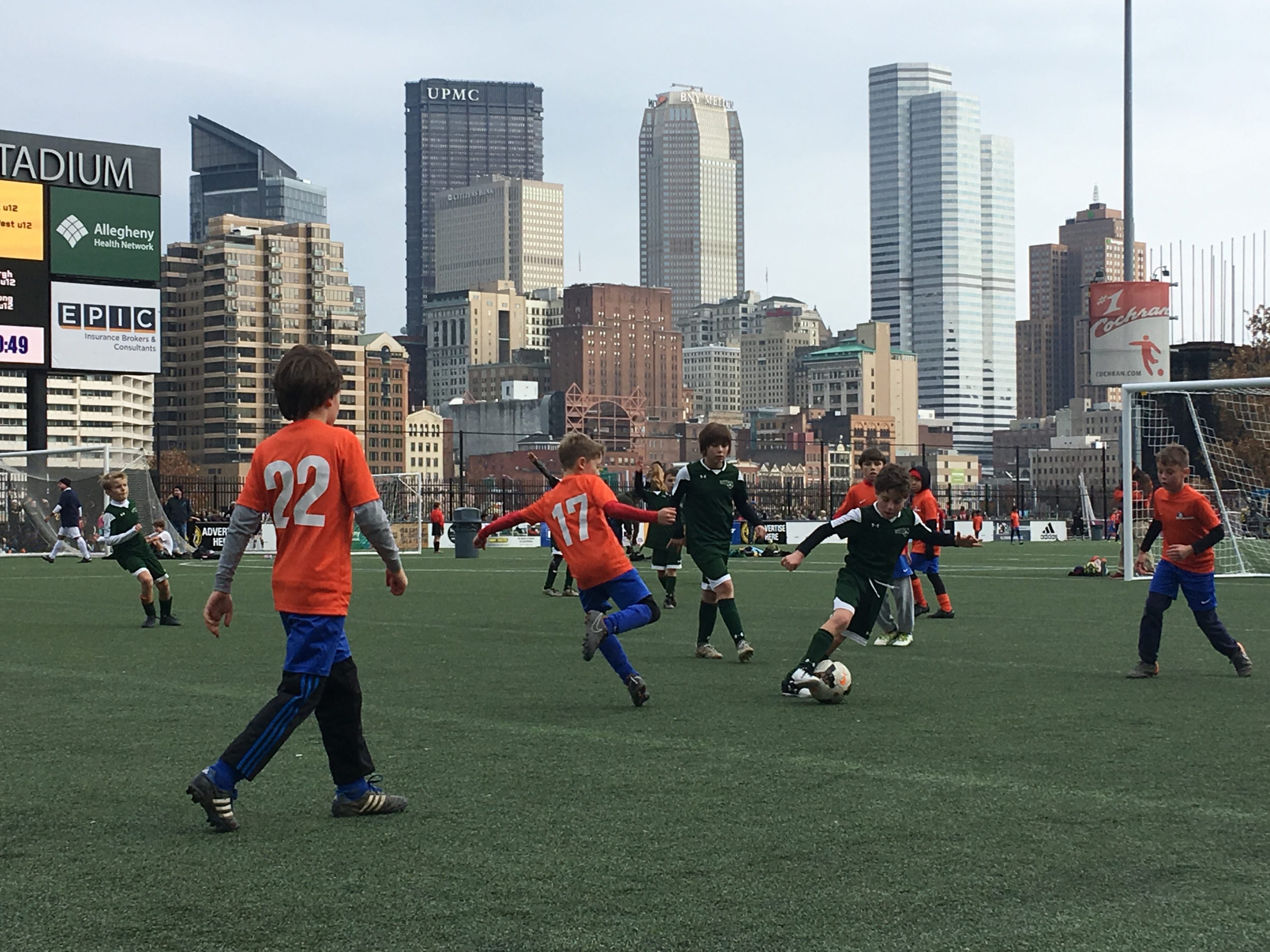 There’s a lot of talk about ‘grassroots soccer’ in America. Many people talk about trying to make football in their communities more local, more affordable, and centered on fun.

For truly grassroots soccer in the heart of Pittsburgh, look no further than Pittsburgh Dynamo Youth Soccer.

The Dynamo were established in 1982. Over time, the club has come to be well-known in Pittsburgh as an excellent, low-cost entry point into soccer. The Dynamo primarily base their recreational and competitive/travel teams at Schenley Oval, but also use Winchester Thurston and St. Edmunds fields and gyms as needed. That means that the team and its participants are generally geographically located in the central and east parts of Pittsburgh; neighborhoods like Oakland, Greenfield, Squirrel Hill, Regent Square, and Shadyside.

If you hang around youth soccer long enough, you might eventually see some of the uglier aspects of the competitive sports culture that are often found in many club sports around the country: intense coaches, ill-behaved parents, stressed-out players, and poor sportsmanship. The ethos of the Dynamo is clearly meant to be a strong counterbalance to that culture.

Chris Piccolo, President of Pittsburgh Dynamo, explains, “We teach kids soccer in a low-stress environment. It’s a competitive environment, but the focus isn’t on winning. We want it to be a fun environment.”

To that end, the Dynamo want coaches to make activities be engaging and fun. They want matches to be learning and growth experiences. And they ask parents to be positive and encouraging from the sidelines without micromanaging their own kids’ actions and movements.

Chris describes what he hopes he’ll achieve long term. “We want to build lifelong fans of the game, to build volunteer coaches, to create the next generation of referees.”

That doesn’t mean that Dynamo are lackadaisical about encouraging excellence. As good footballers develop, they may transition from the recreational to the travel team, or moved up to an older or more challenging age level. The Dynamo have a number of successful boys and girls competitive teams that play in the lower divisions PA West Division 4 and 5. One of their top-end teams has competed in the higher level PA West Classics (Divisions 1, 2, and 3) for the past four years.

Pittsburgh Dynamo have lots of skilled players on their travel teams, but they are also happy to a serve as a ‘feeder’ club for some of the top clubs in the region.

Piccolo tells me “If a player moves on to RDA (Riverhounds Development Academy) or Arsenal or high school, that’s great. We are part of their soccer journey.” So although more than a few Dynamo players have gone on to play at the college level and beyond, the Dynamo may only be one piece of the whole picture.

Three main aspects make for a club that can truly be called ‘grassroots’ soccer club: affordability, proximity, and volunteerism. Dynamo have all three.

To remain affordable, the Dynamo have mostly volunteer coaches at the recreational level. In addition, the team keeps costs down by partnering with the City of Pittsburgh to use Schenley Oval. Piccolo explains, “Fortunately we have a good relationship with the city. They offer us very affordable facility costs. It would be harder to stay affordable if we had to rent from a university or a private school facility.” There are some practical implications for having ‘affordable’ facilities. It means that maybe teams don’t have acres of space for practice, and that drainage can sometimes be spotty.

Uniforms at the Dynamo for U12 recreational and down are simply a t-shirt. For Dynamo travel teams, the club tries to keep the same uniform for three years. Most other clubs nationwide switch up uniforms every year, requiring parents to shell out between $60 and $200 each time.

The club is a 501c3 non-profit, and the club is generous with need-based scholarships for its already affordable program. If a kid wants to play, they get to play, and money is not a determining factor. Piccolo would like the club to do even more somewhere down the road. “We are able to offer scholarships for our underserved population, but we are still trying to figure out how to get kids from those areas to where we are.” It’s a common problem that many grassroots clubs have – low-income parents typically don’t have soccer fields or soccer clubs nearby – and they need someone to transport or bus their kid to training or games. But that’s an ambition that shows how much this club wants to continue to grow the game, regardless of economic factors.

One area the club does not skimp on is coaching. Coaches are encouraged and reimbursed for the various USSF coaching badges like the Intro to Grassroots coaching, 5v5, 7v7, 11v11, and even the more extensive and time-consuming USSF ‘D’ badge. Chris also tells me “Most recently we had a parent who started coaching right out of college with their USSF B offer to be an assistant in our rec league, in response to the ‘we need coaches’ email.” The coaching staff is overwhelmingly working out of a sense of love for soccer, and not hopes of climbing the ladder to a position as an English Premier League manager. Which is great: they primarily are there because they want to work with kids and spread their love of the beautiful game.

Simply put, if you only want your child to play on the *best* fields, with the *latest* Adidas or Nike kit, that’s not really the Dynamo experience. I wouldn’t call it ‘no-frills’ soccer, but certainly the focus of Pittsburgh Dynamo is to give kids a ball and let them have fun. It’s not flashy; it’s football. Pure and simple, and sometimes a little bit muddy.

DynaMoms program for women over 30 that want to learn the game;

Dynamo’s philosophy emphasizes the development of fundamental soccer skills, knowledge of the rules of soccer, and good sporting behavior. We seek to minimize competitive pressures on our players. We do not pursue success in competition for its own sake, only as a by-product of our approach.

* Full disclosure: I am a parent/coach with the Dynamo at the U10 recreational level.