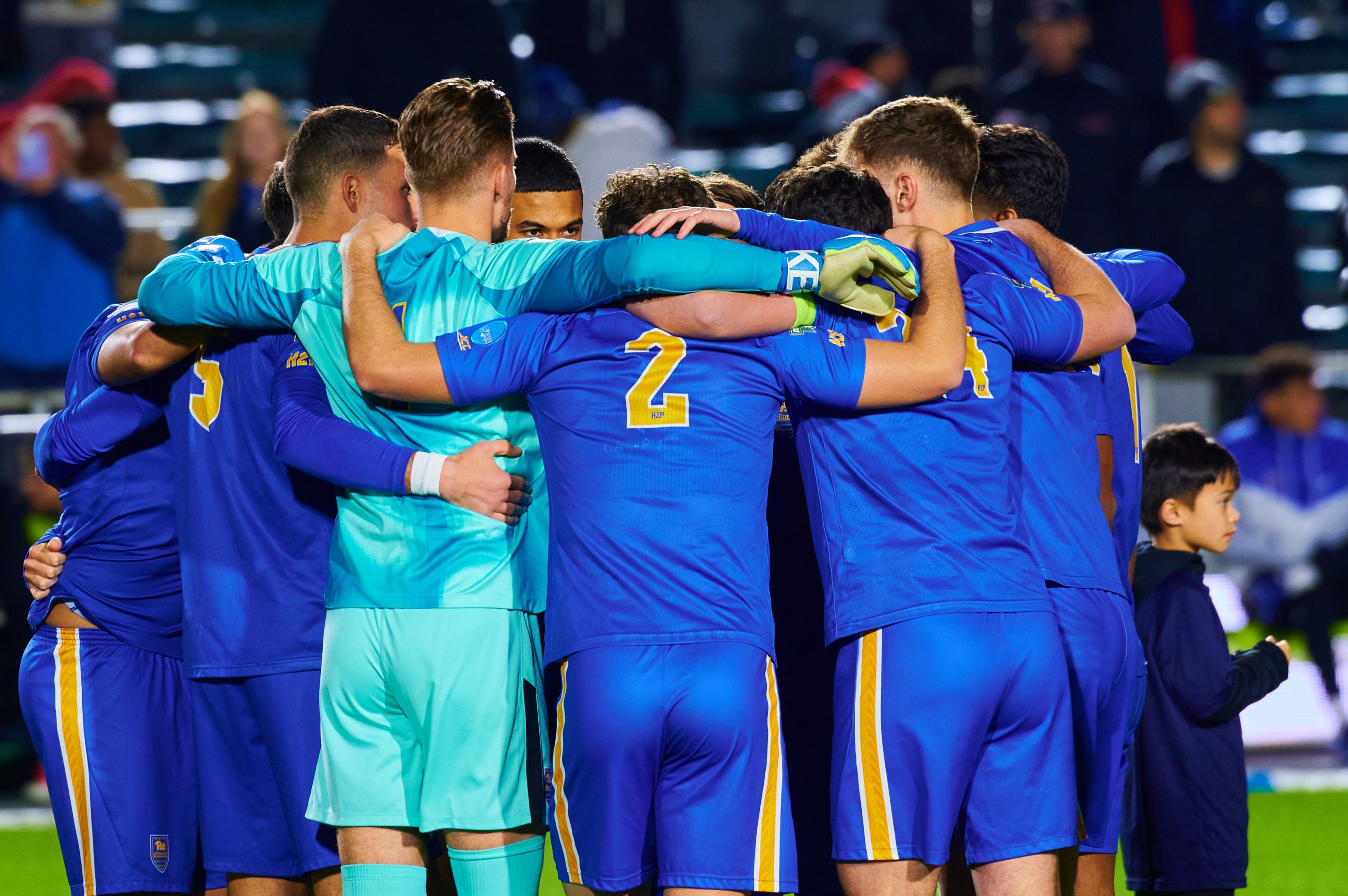 The 2023 MLS Superdraft, which determines where many of the best collegiate players end up in the league, occurs Wednesday, Dec. 21 at 5 p.m.

Pitt men’s soccer head coach Jay Vidovich, since joining the program in 2016, has seen five players earn a selection in the MLS Superdraft.

Pitt men’s soccer players boasts eight players who are available in this draft for MLS teams to sign. A few are some of the best in the country, while others hold solid careers and are hoping to still have a shot to play soccer professionally.

It is hard to say that there might be any player better than Noel was at Pitt during his four seasons.

His 35 career goals are second most all-time in program history, and his 83 career points are third most. His 13 career assists are level for the eighth most all time in Pitt history.

He also finishes with a 0.45 goals per game over his career, second best in Panthers history. His 1.08 points per game ranks third best and his 0.17 assists per game ranks seventh best all-time in a career for the Panthers.

Like Jacquesson, Noel played a big part in helping Pitt make it to the College Cup two of the past three seasons.

Noel is one player that MLS teams will be watching for Wednesday night and Panthers fans will remember his career for years to come.

Jacquesson signed a Generation adidas contract on Tuesday, ending his career as a Panther after three seasons.

His time as a Panther marks one of the greatest careers of any player in program history. He scored 19  goals, provided 23 assists and 61 points over 57 matches. The 23 assists the second most for a Panther and the 61 points are seventh best in Panthers history.

He scored three goals in the 2022 NCAA Tournament, second most on the team behind senior midfielder Valentin Noel who scored four goals.

He scored twice against Cleveland State in a 2-1 victory at home in the First Round and then scored an incredible strike for an 87th minute winner over No. 1 Kentucky in the Sweet 16 on the road. Jacquesson also created the assist for Noel who scored the go-ahead goal in the second period of extra time of their Elite Eight victory over Portland.

He earned All-ACC Second Team honors all three seasons at Pitt. He also made the All-ACC Freshman Team in 2020-21 and TopDrawerSoccer named him the Freshman of the Year.

Walti played in all 101 games in his five year career at Pitt, starting 98 of them and 95 consecutively since 2018.

Walti served as the captain for almost all of those games and played as a defensive midfielder. This meant that he manned the midfield, provided help to the back line and also made sure to move the ball up the pitch to his attacking teammates.

He holds the record for most appearances, starts and minutes played in program history and Pitt fans will remember him fondly for all the work he did to propel this program forward.

Rosa started his collegiate career at St. Francis (Pa.) in the Northeast Conference (NEC) and played there for three seasons as a midfielder from 2017-19. He started 16 of his 17 games played in 2017, scoring four goals and creating three assists on his way to making the NEC All-Freshman team.

After he suffered an injury in 2018 that reduced him to just three games, Rosa made a ferocious comeback in 2019. He started all 16 games, scored 11 goals, six game winners, and made two assists.

For his efforts, Rosa earned First Team All NEC and NEC Player of the Year. He also earned a spot on the United Soccer Coaches All Northeast Region Team and the College Soccer News Third Team All-America.

Rosa didn’t play in 2020 due to the COVID-19 pandemic cancelling St. Francis’ season.

He transferred to Pitt in 2021, but once again, injury forced him to miss the entire year.

Rosa played a big part in the Panthers College Cup run, but instead of playing midfielder, he featured at right-back.

He started all 22 games and played the second most minutes of any outfield player with 1,996. Rosa played a part in a defensive unit that recorded eight shutouts, tied for fourth most in a season, and the lowest average goals allowed per game in Panthers history at 1.02.

Rosa also scored two goals and provided six assists, including a pass that lead to Noel scoring the game winning goal in the Elite Eight.

He started all 22 games and played every second of the season from the first game against Georgetown all the way to the College Cup match against Indiana. Van der Sar recorded eight shutouts, tied for fourth most in a season for the team and for a goalkeeper.

He also helped the Panthers record the lowest average goals allowed per game in program history at 1.02, which is also the lowest for a goalkeeper in Pitt history.

Almeida played five seasons for the Panthers, beginning in 2018. He played in 64 games over his career, started in 32 of them, and scored nine goals and made 12 assists over that time.

His best season came in 2021. He started in 11 of the 15 games he played and he scored seven goals and made six assists. The seven goals tied Almeida for most on Pitt with Jacquesson and Noel and the six assists were third best on the them.  He earned All-ACC Second Team honors for his efforts that year.

Almeida played in a career-high 21 games in 2022, while starting in 13 of those games. He scored no goals and made three assists this past season.

He helped his team to two straight WPIAL Class AAAA titles in last two years, 2016-17, while also scoring 36 goals and making 17 assists in his senior season. He earned All-Region honors in that senior season, as well as a spot on the United Soccer Coaches Fall High School All-American team.

Luchini played his first four seasons of college soccer at Lehigh, where he started 57 of 60 matches. He scored 25 goals and created 12 assists as he led the program during his time there.

His most impressive season came as a sophomore in 2019. Luchini scored a team high 11 goals as the Mountain Hawks won the Patriot League and moved on to the NCAA Tournament. He received Third-Team All-American honors for his play that season.

Luchini moved back home to play for Pitt in 2022. He started 12 of the 19 games he played this past season, but only scored three goals. Still, he made four assists, mainly playing on the wing, including the assist for Jacquesson goal in the Sweet 16 over No. 1 Kentucky.

Abualnadi began his collegiate career at Notre Dame, where He started in 30 of 35 matches over the 2019 and 2020-21 seasons. He moved to Pitt for the 2021 season and started in 14 of 15 games as the team made it to the Elite Eight, where they lost to Notre Dame on penalties.

Abualnadi played in nine games and started in seven this season at left back. He suffered an injury early on in the 3-1 loss to Virginia on Sept. 30 and never played again in 2022.