In the aptly named Rust Belt Division in the National Premier Soccer League (NPSL)’s Midwest Region, it will be a Pittsburgh vs Cleveland showdown that very well could decide which team will earn the divisional crown on Friday night at Founders Field.

It’s a rematch of an early season encounter when FC Cleveland scored late in the first half, then poured on a number of additional second half goals to win going away, 6-1 at Baldwin-Wallace University in Berea, OH on June 4.

Tate Mohney scored the lone goal for the Hotspurs in that match.

Since that loss, the Hotspurs have won four consecutive matches to surge comfortably ahead of the rest of the division and into second place, just one point behind front-running FC Cleveland. Leading the way for the Hotspurs this season has been its 29-year old captain, Nicky Kolarac, a veteran midfielder who’s had a knack of hitting shots from distance, scoring three big goals this season.

Despite having a player with Kolarac’s experience, the Hotspurs actually have blended together a roster with a nice mix of young college players, some recent college standouts and a few players from the Hotspurs Youth Academy under the direction of Head Coach Tom Campbell and assistant Dan Brower.

In our preview before the Hotspurs season opener, we provided a full glimpse of the team’s roster.

This season’s turnaround has been impressive considering that in its inaugural season in NPSL in 2019, the Hotspurs finished at the bottom of the standings with a 1-7-2 overall record.

During 2020, while the NPSL season was cancelled, the Hotspurs built some confidence by walking away with the 2020 NPSL Members Cup, which included a 2-2 draw against FC Cleveland.

Here’s how the Hotspurs lined up in the first match this season vs FC Cleveland: 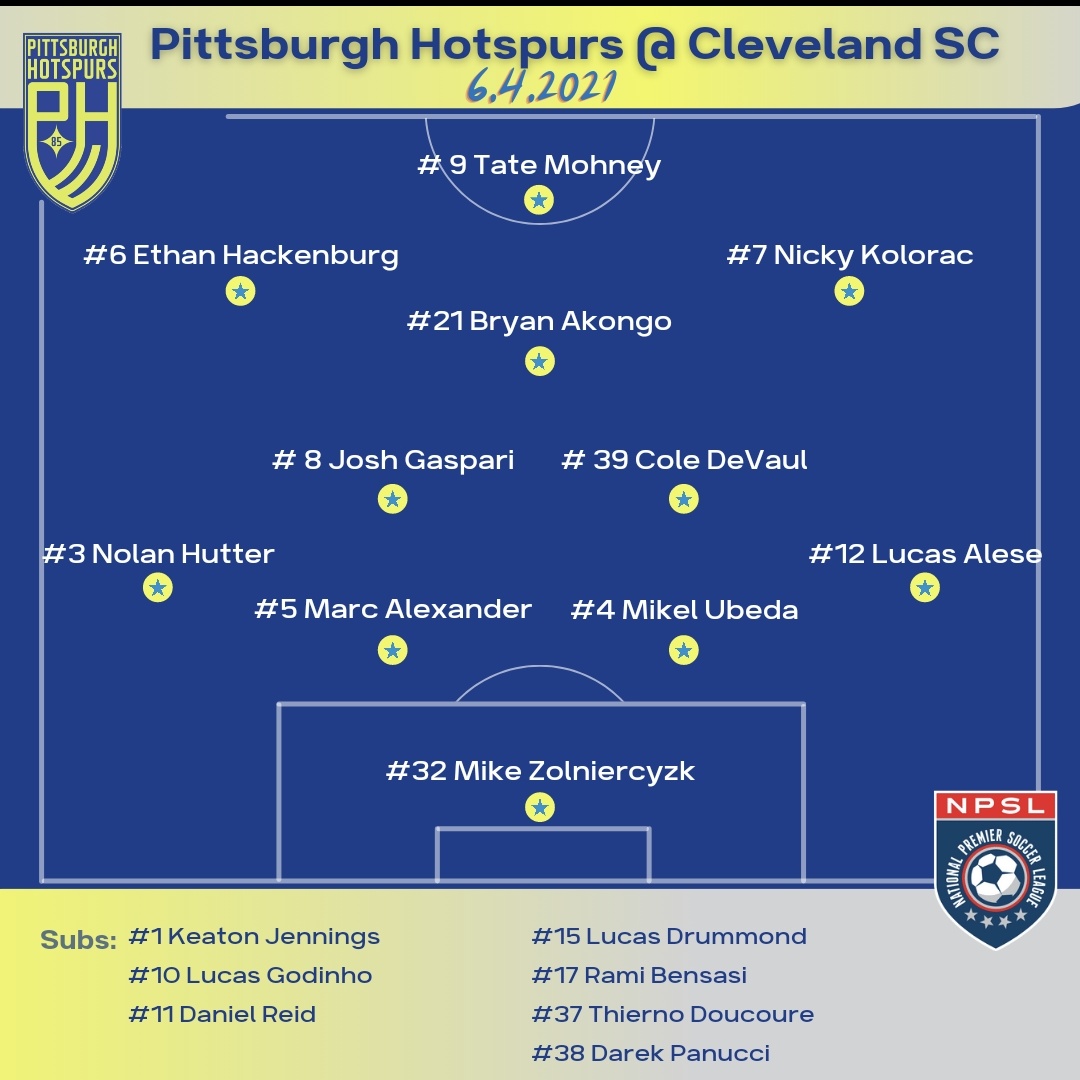 On Friday, they’ll get their chance to turn the tables, playing at home at Founders Field, where they’ve been unbeaten thus far this season.

The match schedule for this upcoming weekend!