The Pitt Panthers defeated Cleveland State, 4-0, for the first time since 2004 and for first time in eight matches against the Horizon League leaders in a non-conference match at Ambrose Urbanic Field on Tuesday.

“I am happy with the result tonight,” Pitt’s Head Coach Jay Vidovich, said after the match. “Cleveland State has the potential to draw blood and you have to break them down as they are efficient on the counter attack and we respected that. Happy for Mikey [Sullivan] and Lucas Matuszewski for scoring their first goals tonight.”

Despite dominating possession and holding a shots advantage (11-2) in the first half, Pitt held onto a 1-0 lead at the half.

Also scoring in the second half were Bertin Jacquesson and another Panther picking up his first ever goal, Lucas Matuszewski.

With the win on a day when they improved its national ranking in the United Soccer Coaches poll to 13th (from 16th), Pitt now improves to 7-3 overall record.

It was also the first win for Pitt against Cleveland State since 2004 as well as its 15th straight win at Ambrose Urbanic Field. Pitt outshot the Vikings 20-6 and finished with six corner kicks compared to Cleveland State’s one. It was the first time since Oct. 7, 2019 (Howard – 30) the Panthers recorded 20+ shots in a game.

Next up for the Panthers, they’ll look to keep its home winning streak intact when they host ACC foe Duke at Ambrose Urbanic Field on Saturday to close out a three-game homestand.

Look for a more detailed recap to follow later.

Look for lineups to be posted here along with key game updates and highlights.

Michael Sullivan with his first collegiate goal!  The freshman from Deer Lakes gives Pitt a 3-0 lead.

Bertin Jacquesson (Almeida and Loeffelsend credited with the assist)

G with the Goal ⚽

Jacquesson and Almeida with the assists 👊#H2P pic.twitter.com/yOyyZ66sdt 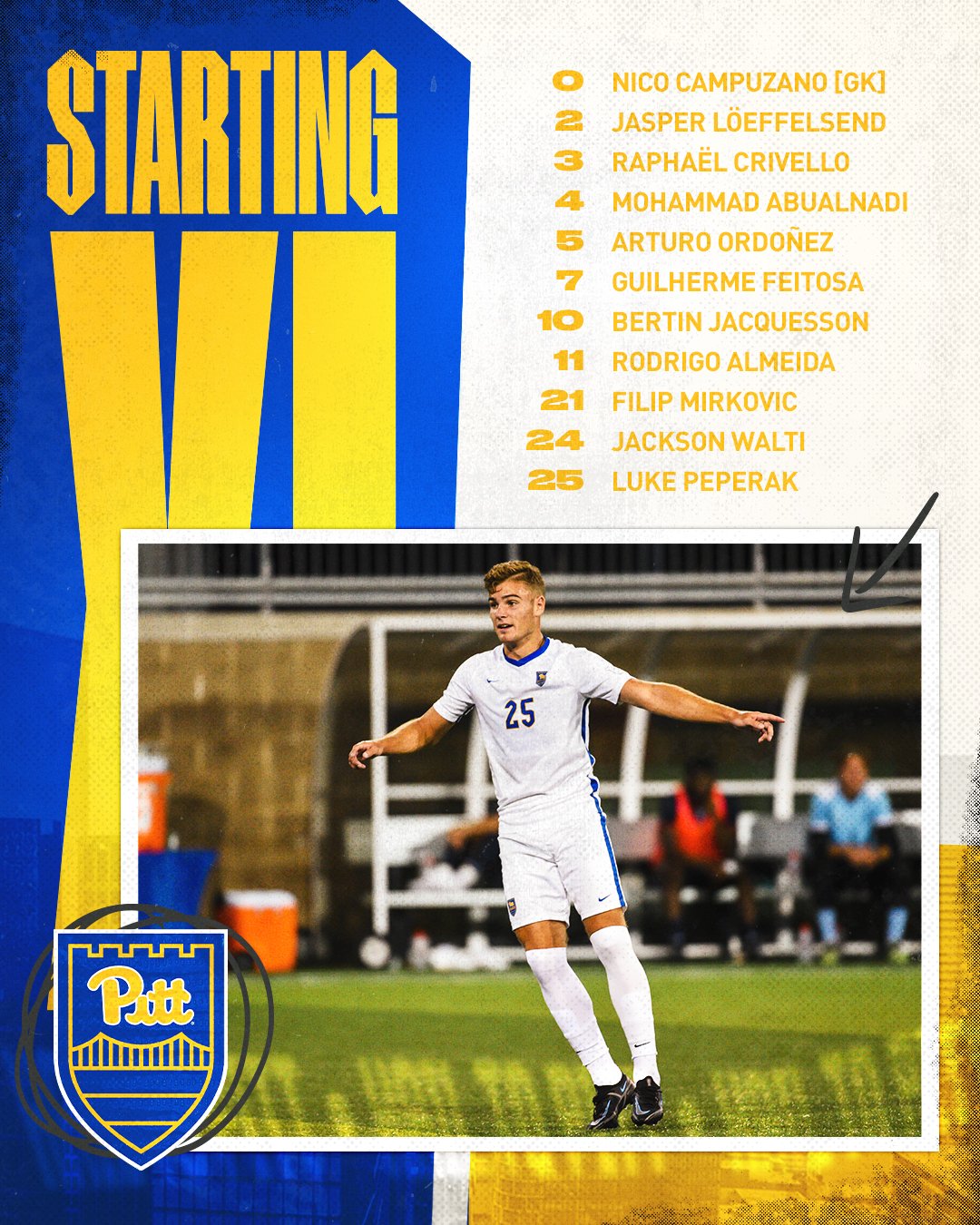 –        Cleveland State enters the match 6-3 overall and 5-0 in the Horizon league. The Vikings are currently on a three-match win streak and have won six of their last seven matches.

–        The Vikings come into Ambrose Urbanic Field as one of the most proficient shooting teams in the country, registering a .520 shot accuracy mark, good for ninth in the nation.

–        Senior midfielder Jannis Schmidt enters the contest eight in the country in total assists (6) and 11th in assists per game (0.67). He is also 15th in the nation in total points (16), totaling five goals to his six assists this season.

–        The Panthers extended their home winning streak in thrilling fashion Friday, Oct. 1 vs. Syracuse, defeating the Orange 3-2 in double-overtime.

–        Freshman Guilherme Feitosa scored the game-winning goal with a header inside the box in the last minute of play. The goal was the first of his career.

–        The Panthers enter Tuesday with the longest home-winning streak in the ACC.

–        Pitt’s 14-straight matches won at Ambrose Urbanic Field is currently the most at any home venue in the conference. Clemson previously held that title with 31-straight wins at Historic Riggs Field before Pitt defeated them 2-0 Sept. 25.

–        Almeida tallied his first assist of the season at Wake Forest.

–        He recorded his team leading sixth goal in Pitt’s 3-2 double overtime victory at home vs. Syracuse.

–        The Panthers wrap up their three-game home stand Saturday, Oct. 9 vs. nationally-ranked Duke.